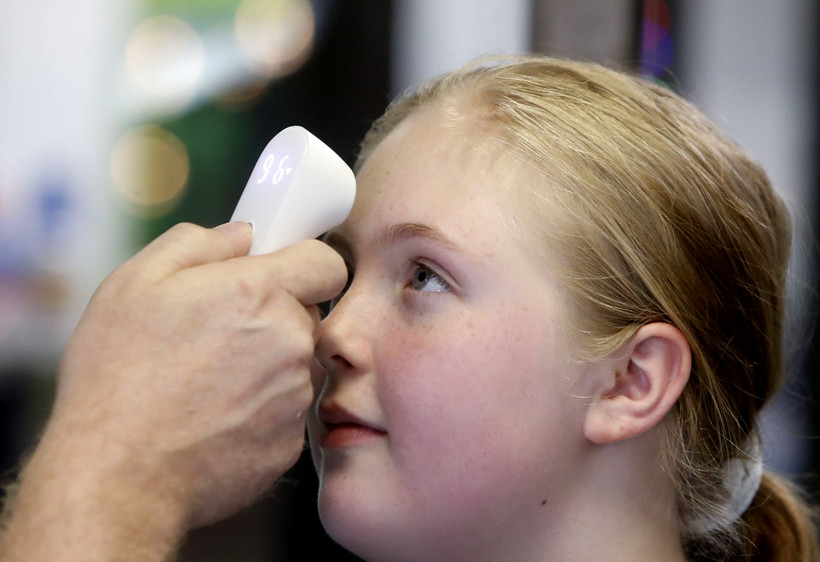 Wisconsin may have its first known cases of an inflammatory condition which affects children and is linked to the coronavirus, called Multisystem Inflammatory Syndrome in Children.

Two children remain hospitalized in good condition; five others have been discharged from Children's Hospital of Wisconsin. All the patients are from southeast Wisconsin.

During an online press briefing Friday, doctors at the Children's Hospital said the illness is likely a complication from being exposed to COVID-19. Two children had tested positive for COVID-19 antibodies. The other tests were negative or still pending.

"Which suggests to us that this is likely not infectious so much as a post-infectious complication," said Dr. Frank Zhu, medical director of Infection Control and Prevention at Children's.

Doctors in Milwaukee first noticed the suspected cases of the syndrome on April 29. There is no specific test for it but symptoms include fever, rash, nausea and abdominal pain.

"Because Multisystem Inflammatory Syndrome in Children is still very new and there is so much to learn, we're taking a conservative approach with the state and reporting all possible cases in order to gather as much information as possible,'' said Dr. Michael Gutzeit, chief medical officer for Children's Hospital of Wisconsin.

More than half the states in the U.S. have reported cases of the inflammatory illness in children, which was first spotted in the United Kingdom. On May 14, the Centers for Disease Control and Prevention put out an advisory saying it's currently unknown if the condition is specific to children or if it also occurs in adults.

Though it can be deadly, the CDC notes that most children diagnosed with the condition have gotten better with medical care. The five discharged patients at Children's Hospital of Wisconsin had "brief" stays, according to doctors there. But consultations with doctors in New York City and Detroit indicate that the condition can worsen quickly.

"If you have a suspicion or concern that your child is ill, contact your physician as quickly as possible," said Zhu.

Multisystem Inflammatory Syndrome is similar to Kawasaki disease, a rare but treatable condition that causes inflammation in blood vessels. But health officials say it's not the same.

American Family Children’s Hospital in Madison hasn't seen any cases of the illness, according to a spokesperson.