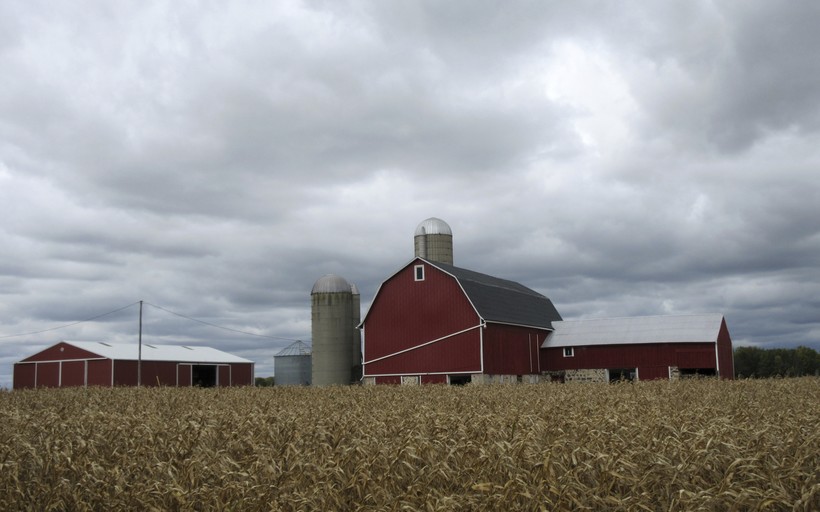 "Of course, with all of the turmoil happening out in Washington D.C. right now, it's probably better than nothing at all," Von Ruden said.

But Karen Gefvert, director of governmental relations for the Wisconsin Farm Bureau, said she thinks the new farm bill will improve current programs.

"It is taking the existing framework and tweaking it and making what we would consider positive changes to make the programs already in existence more user-friendly for farmers," Gefvert said.

She pointed to changes to federal crop insurance programs that allow farmers to make changes on a yearly basis.

The legislation also makes additional changes to the Dairy Margin Protection Program, including a name change: Dairy Margin Coverage. Gefvert said the new program is a win for Wisconsin dairy producers, who have seen multiple changes to the safety net program in the last year.

"The margins that are in there, the premiums and some of the eligibility for dual-coverage in different programs are all included in (the Dairy Margin Coverage) program. So really some great enhancements for dairy farmers," Gefvert said.

"It's a net loss for producers in the end. And we need to figure out how producers in all commodities, not just dairy, can receive a better share of the consumer dollar," Von Ruden said.

He said a lack of changes on how federal farm subsidies are allocated will continue to divert money away from rural communities.

"As consumers, we need to understand that if we’re going to keep a diverse group of farmers out on the land, we need to be willing to pay a little bit more for food at the marketplace, which is where farmers would much rather receive their income," Von Ruden said.

But agriculture leaders agree the farm bill’s new regulations for industrial hemp is a positive change for Wisconsin's farm industry. The finalized bill takes hemp off the list of controlled substances and makes it eligible for crop insurance programs.

Wisconsin farmers grew hemp for the first time this year after state lawmakers created a pilot program available through the 2014 Farm Bill.

"Wisconsin is uniquely positioned to take advantage of the changes that have been implemented in this farm bill," Gefvert said. "Wisconsin is going to be ahead of the game as far as farmers being able to grow hemp and utilize hemp in the industry that has come in and now we hope will continue to invest in infrastructure."

Von Ruden said the changes will also clear the way for growers to transport hemp to out-of-state processors. The previous bill did not explicitly allow for interstate transport, leaving growers in a legal gray area.