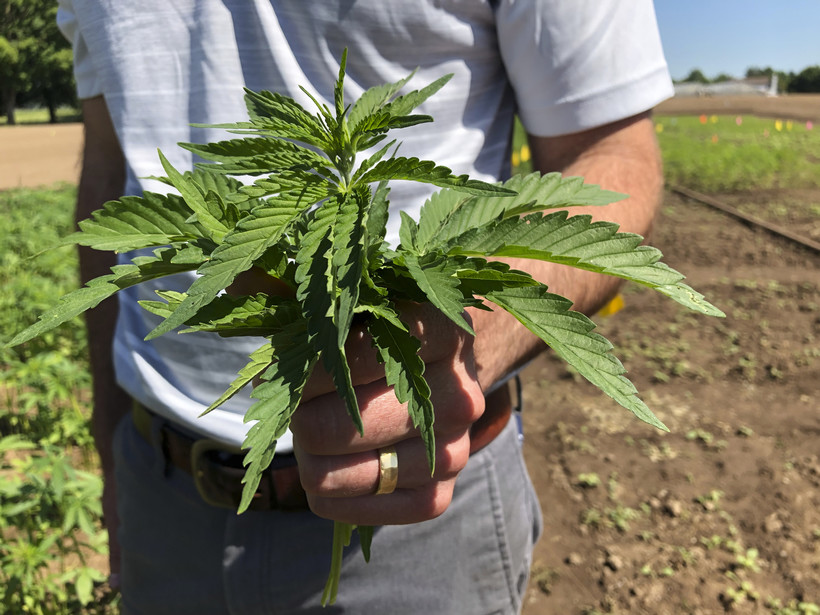 The U.S. Department of Agriculture released an interim final rule to establish the U.S. Domestic Hemp Production Program this week. The 2018 U.S. Farm Bill directed the agency to create national regulations for growing industrial hemp, which was first allowed under the 2014 farm bill.

The new rule creates guidelines on record keeping, testing and licensing requirements for state and tribal hemp programs. The rule also creates a pathway for growers in states or territories of Native American tribes that do not currently have a hemp program.

Wisconsin producers are wrapping up their second year of growing hemp under the state Department of Agriculture, Trade and Consumer Protection’s hemp research pilot program.

"We’ve certainly identified a number of ways in which our Wisconsin hemp program aligns very, very well with the requirements that the federal rules are putting in place," Walling said. "There are, of course, a number of areas within that interim rule that will require a lot more research and thought and discussion among ourselves at the department as well as with USDA."

Walling said the new rule appears to support the way the agency is currently sampling and testing hemp for THC, the psychoactive ingredient in marijuana. But the program will have to adapt to working with the USDA’s Farm Service Agency (FSA) to issue grower licenses.

She said DATCP officials will be working with state legislators to make sure the needed changes will be possible under legislation aimed at updating the state’s hemp pilot program.

But Walling said all of the new changes won’t affect growers and processors during the 2020 growing season.

"Because there is going to be that need for us to assess, take into consideration the parameters that were given to us through the legislation that's working its way through our Legislature currently, we will choose to operate next year’s growing season hemp program through the 2014 farm bill law," Walling said.

She said the state has until Oct. 31, 2020, to submit their hemp program plan and get approval from the USDA.

Some Wisconsin hemp growers say they're worried the new rule will be a barrier for the industry.

Ken Anderson, CEO of Legacy Hemp Holdings, Inc., said the rule provides more clarity for producers and is a step forward for the industry. He said the changes to THC testing won’t impact grain and fiber production. But Anderson hopes the strict requirements for CBD hemp eventually wouldn’t be applied to hemp grown for grain and fiber.

While the USDA rule does open up some crop insurance and loan programs for hemp growers, Anderson said the banking and insurance industries are still hesitant to get involved in industrial hemp.

"Just because there’s maybe a law, doesn't mean that the industries that will support this industry that they have their policies in place," Anderson said.

Larry Konopacki, general counsel for the Wisconsin Hemp Alliance, said his group is disappointed the USDA plans to take an active role in regulating state programs.

"We had hoped that the states would be provided opportunity to have more control over how they would design their program. And what I see leaves relatively little wiggle room for a state to create a program that is unique to its needs and its growers’ needs and its industry," Konopacki said.

He said the federal rule will make testing requirements for Wisconsin growers stricter and gives them fewer options on how to make their crop compliant if it has too much THC.

After All-Night Session, Texas House Approves New GOP-Backed Election Law
Massachusetts Pioneers Rules For Police Use Of Facial Recognition Tech
Banking On Busy Summer Travel Season, Airlines Add More Flights And New Routes
'Searching For A Mom': A Foster Daughter Finds One – And A Voice Of Her Own
For Mother's Day, Roll Up A French-Style Omelet As A Way To Say 'I Love You'