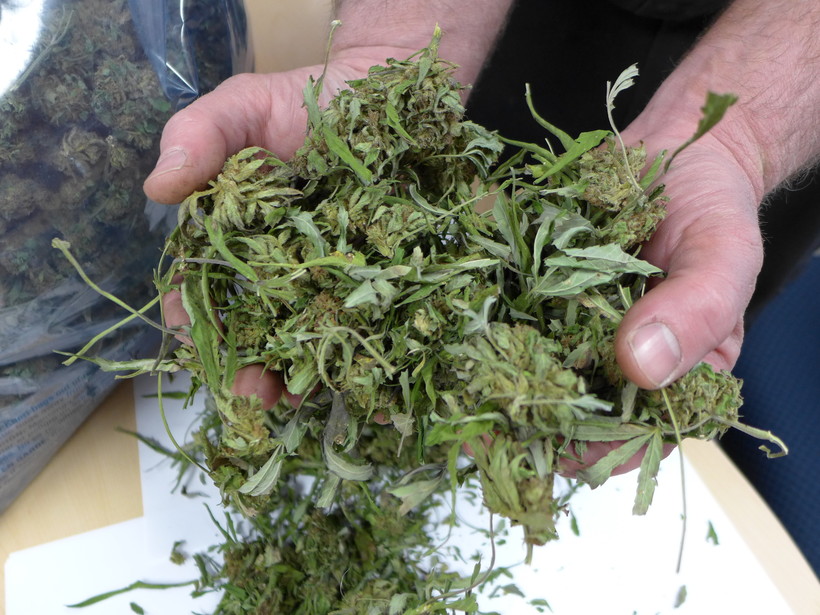 After 2018 Challenges, Wisconsin Farmers Weigh The Risk Of Industrial Hemp

Last spring, LaVon Felton was all in when it came to industrial hemp.

Felton owns car dealerships in Viroqua and he has an organic farm outside of town. In 2018, he had a contract to grow 48 acres of hemp grain for Legacy Hemp, a company growing hemp in North Dakota and Minnesota.

Even though hemp grain had never been grown in Wisconsin, Felton believed it could help farmers struggling with low prices for traditional commodities like milk and corn.

"The dairy industry is not what it was for many reasons. And the tobacco industry, we lost that 10 years ago. So for me this is a way to find another cash crop, another way for the farmers in this area to ... supplement their income," Felton said. 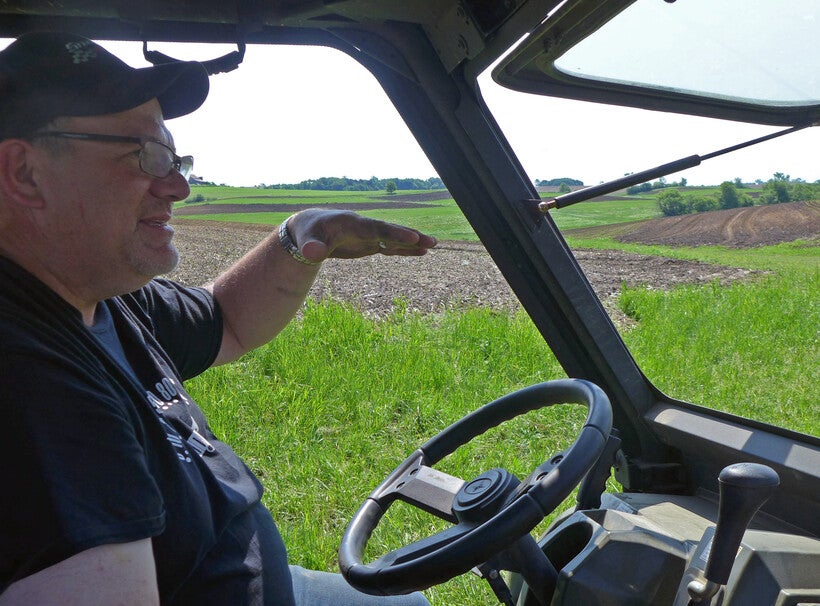 Farmer LaVon Felton shows where he planted 48 acres of industrial hemp for grain in May 2018 on his farm in Vernon County. Hope Kirwan/WPR

Looking back now, he says the lack of information on how to grow hemp wasn't his biggest obstacle. It was simply the persistent rains at the end of summer that impacted fields across the state.

"It just couldn't get dried out. It just rained a lot. So when we did get it harvested, we came up with a good product. But it tested too high for mold spores in the grain," Felton said.

Felton didn’t sell a single pound of the hemp grain he harvested in 2018. And neither did the roughly 20 other farmers who contracted with Legacy Hemp.

Between the seed, fertilizer, required testing and other expenses, Felton estimates the endeavor cost him at least $20,000.

But last year's tough growing season for industrial hemp hasn't deterred farmers from growing the new crop. The Wisconsin Department of Agriculture, Trade and Consumer Protection has issued more than 1,300 licenses to grow industrial hemp in 2019, a 22 percent increase from last year.

"If we have a corn crop that doesn't go well or beans, we’re going to get something. We’re going to be able to recoup some of our costs. Basically with this, if you lose it, you lose it all. You get nothing," Felton said.

Corn and soybeans with small amounts of mold can still be sold for livestock feed. But the only market for hemp grain is for human consumption.

Felton said he doesn’t think growing hemp grain will ever be profitable in Wisconsin because of the climate. The state doesn’t have the same arid summers as plains states like North Dakota, where hemp grain has been grown since 2016.

And Legacy Hemp agronomist Bryan Parr said his company is starting to agree. Especially if Wisconsin continues to see frequent heavy rain events at the end of summer.

"If it's not going to be conducive in Wisconsin because of our changing climate, it may not be the best crop to be growing in Wisconsin for grain," Parr said. "Or at least not until we have another market that doesn't require such high quality, food-grade production."

Parr said the state's farmers have a much better shot at growing hemp fiber once that market becomes available. It's the kind of hemp Wisconsin farmers grew during World War I and II, but Parr said there isn't enough manufacturer demand in the United States yet.

Parr said another option for Wisconsin hemp growers is the rapidly expanding wellness industry around cannabidiol oil, or CBD.

But growing hemp for CBD products has its own problems. Just ask Bob Pulvermacher, who farms part-time near Lone Rock.

Pulvermacher planted 3 acres of hemp for CBD in 2018 and harvested around 1,000 pounds of hemp buds with a fairly high percentage of CBD.

At the current market rate, Pulvermacher said he should get around $450 per pound for the trimmed buds. But he can’t find enough buyers.

"I’ve got a bunch of different shops that are buying it, but they’re only a pound or 2 pounds at a time. So it’s pretty slow. I mean it's steady but it's slow," Pulvermacher said.

Pulvermacher said the larger CBD manufacturers he's contacted already have more than enough hemp. So he's having to work harder to market his product. He's even invested in lab equipment so he can make a whole-plant hemp extract on the farm, essentially a less-processed version of CBD oil. 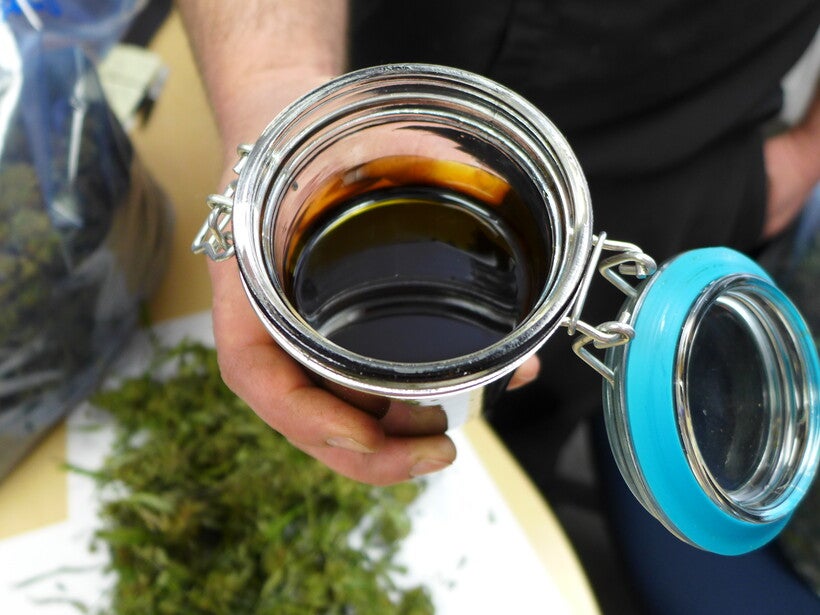 Pulvermacher is optimistic the market is catching up. This year, DATCP has issued more than 600 processor licenses, 100 more than last year.

While he recognizes that adding industrial hemp to his farm hasn't been easy, Pulvermacher said the risks around the new crop are no different than the gamble every farmer takes when planting a field.

"This is just another facet of the business, you know, it's another crop. And hopefully this one works and the other ones will come around and one of those will work some other year," Pulvermacher said.

He’s taking another chance on industrial hemp this year and helping a group of local farmers grow about 10 acres of hemp for CBD.

And so is Viroqua farmer Felton. He's switched his focus to hemp for CBD and decided to grow starter plants in his farm's greenhouse this year.

"There’s a lot more people who would feel a lot better about it if they knew, 'I’ve got a contractor. At the end of my season, if I do a good job and I get this to market, I’ll get this much a pound.' That's really what it's all about and that's what we need to see," Felton said.