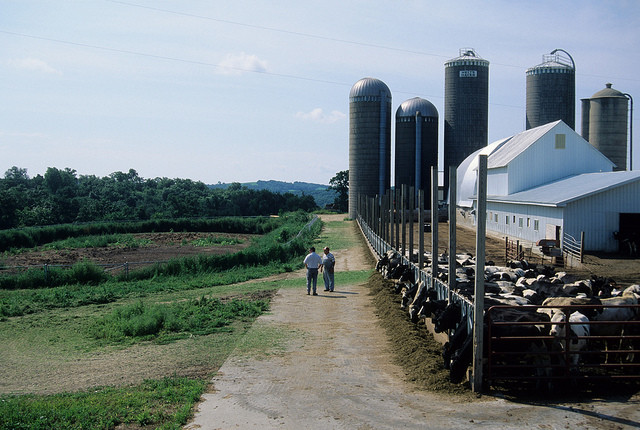 Wisconsin’s agricultural trade associations had a mixed reaction to President Donald Trump’s promise of $12 billion in aid for farmers impacted by his trade war with foreign countries. While there was appreciation for the funding, the groups say members want trade not aid.

U.S. Department of Agriculture Secretary Sonny Perdue announced a series of three programs that will funnel $12 billion to farmers who have seen commodity prices drop since Trump started placing import tariffs on foreign goods. Those tariffs in turn sparked retaliatory tariffs on U.S. products, many of which are agricultural. On a conference call with reporters, Perdue said the payments will help farmers deal with instability with commodity prices caused by what he described as illegal retaliatory tariffs from other countries.

"This obviously is a short-term solution that will give President Trump time to work on a long-term trade policy and deal to benefit agriculture as well all sectors of the American economy," said Purdue.

But in Wisconsin, farm and agricultural trade groups wondered how long it will take for that new trade policy to be hammered out and whether $12 billion would be enough to help every impacted farmer.

Wisconsin Soybean Marketing Board Executive Director Robert Karls said it’s a frustrating situation for farmers who would rather see a fair and level playing field rather than a situation where they’re dependent on a government aid program. He said soybeans have already lost more than $2 a bushel in value over the last 45 days, which will eventually impact everyone.

"These sanctioned tariffs, these retaliation tariffs are truly, truly damaging and everybody is going to feel it," said Karls. "People, locally, are going to feel it when they buy their groceries. It’s going to impact their households. There’s just no doubt."

Wisconsin’s dairy farmers have also been hammered by trade impasses with countries like Mexico and China, said Wisconsin Dairy Business Association Executive Director Tim Trotter. He said those markets are vital to his members' success and the $12 billion aid package is merely viewed as short-term relief while negotiations are underway. Trotter said there’s also a lack of information about when and how payments will be made.

"First of all we don’t have a lot of details on how that $12 billion will be implemented," said Trotter. "We know the three ... three areas of focus that the secretary announced today but we don’t know the details of how that will be rolled back and how much will the farmer see. We don’t have that information yet.”

During the morning conference call, USDA officials said specific rates for farmers are being calculated and will be available in a couple weeks.

"The challenging part for agriculture right now is we seem to be the industry in this country that are taking it in the nose for the time it takes to get those deals redone," said Holte. "In all honesty, I and many people in agriculture would much prefer trade rather than aid."

"Our farmers aren’t looking for government handouts. They just want market access and the opportunity to compete," said Kind. "This temporary fix, which is expected to cost billions of dollars, will right a wrong that was inflicted by the president himself and could be lifted at any time."

In comments made to the Associated Press, Johnson said the president's trade policy was "becoming more and more like a Soviet-type of economy."

"Commissars deciding who's going to be granted waivers, commissars in the administration figuring out how they're going to sprinkle around benefits," said Johnson.