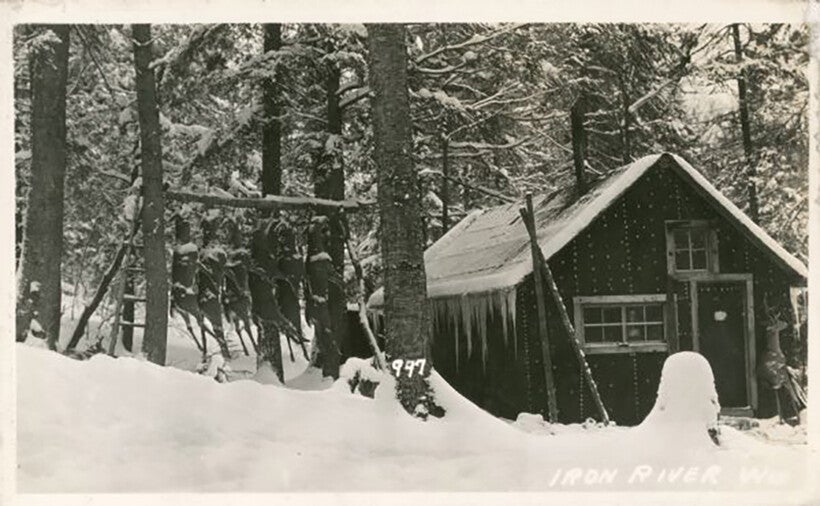 A photo titled "Iron River deer camp" shows the exterior view of a hunting camp in the snow around 1933 in Iron River, Wisconsin. Six bucks are hanging from a tree trunk propped between two trees on the left. Icicles hang off the edge of the roof of the hunting shack. A seventh buck is leaned up against wall near the door. Photo courtesy of the Wisconsin Historical Society and Wisconsin Historic Images

It's that time of year again when blaze orange adds a pop of color to the woods and fields.

It's also that time when people share memories of going hunting up north to a place that has been transformed from a cabin into, what some call, deer camp.

Outside of hunting season, a cabin is just that: A place where people escape their daily routines for a slower pace. But once hunting season comes around, the structure transforms into "camp," where early morning wake-up calls, group meals and story-swapping over euchre are the norm.

Wisconsin Public Radio's WHYsconsin received a question asking why, for this sliver of time each year, it's called a deer camp "when no one is staying in a tent? It makes no sense to me," the person wrote to us.

It's a good question, said Jeff Pritzl, a deer program specialist with the Wisconsin Department of Natural Resources and a hunter himself.

To answer it, we have to go back to the booming logging industry of the late 1800s to early 1900s in the Northwoods. Structures, called logging camps, were built for the loggers who traveled to work in the area, and the logging camps had designated hunters whose job was to procure meat for the workers, Pritzl said.

When the logging industry began to fade, the companies wondered what to do with the infrastructure vacated by the loggers. At the same time, people exposed to the logging life saw the success in hunting the area and the utility in the housing.

The rail companies saw the change as a marketing opportunity, Pritzl said. They lost business when loggers stopped traveling north for work and needed a newer customer base. The result was a snowball effect in terms of customers, landownership and the phrase "camp."

"So they were the ones that promoted, 'Hey, there's great opportunity up north to be a hunter, and we can get you there!" And then that expanded to, 'Oh, let's work with these landowners that own these forested acres that no longer are owning them to harvest trees. They've done that part, now they want to liquidate the land," Pritzl said. "So it was, 'Can we promote deer hunting as an attraction and then sell the land to these deer hunters?' And so really the railway had had a big role in this as far as creating the opportunity." 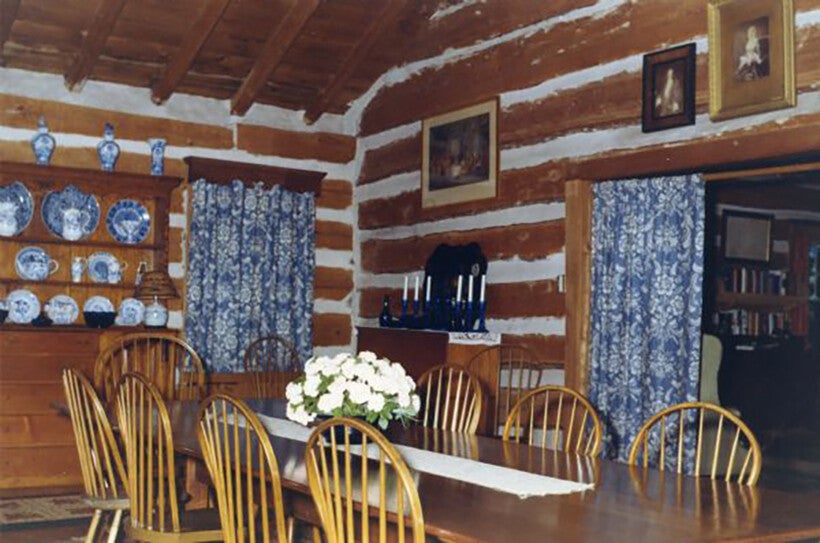 From there, the term "camp" becomes a phrase used in tandem with a lot of recreational destinations, such as summer camp.

"We might call it 'grouse camp' or 'duck camp' or 'deer camp' or 'bluegill camp' in the summertime," Pritzl said. "And it's just that that terminology of 'camp' means we're getting together for a purpose, usually associated with something recreational in the outdoors."

Pritzl said logging camps were all across northern Wisconsin. And as the concept of a deer camp became more well-known and automobiles began to become commonplace, more deer camps were built — such as a tar paper shack and eventually full-fledged cabins.

Not everyone calls it "deer camp" either.

Rebecca Holman has been around hunters her whole life, and has hunted for most of hers.

As a child, she walked alongside her family before she was able to hunt herself on property in northwest Wisconsin that has been in her family for generations. 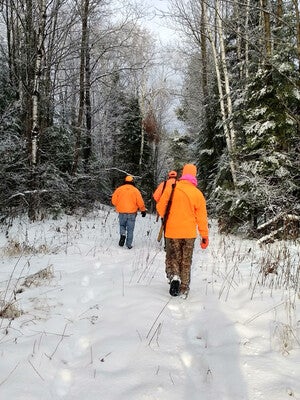 Rebecca Holman's family hunts on land in both Douglas and Bayfield counties. As a child, before she was able to hunt herself, she would tag along with family members who hunted on property in northwest Wisconsin that has been in her family for generations. Photo courtesy of Rebecca Holman

She plans to recreate these moments with her 5-month-old son.

"I hope to take him out in the woods as early as I can," Holman said. "I would walk along when I was very young with our hunting group. So I'd go along on drives, or I'd sit with my dad in the tree stand, and I would be bored out of my mind half the time. But I still have very fond memories of it, especially now that I do hunt. So I hope that that's something my son and I can do together."

Holman's family has always called it "hunting" but she's no stranger to the phrase "deer camp" and its traditions. She loves books written by Matt Cowley about camping, hunting and fishing in northern Wisconsin.

Holman has countless memories of her immediate family getting together during hunting season with her cousins and uncles, partaking in "shenanigans" — and even has experience being at the center of stories herself.

About five years ago, she locked her keys in her vehicle. After being unsuccessful in getting back into her car, she began to walk back to her tree stand — and encountered an eight-point buck, which is now mounted in her living room. 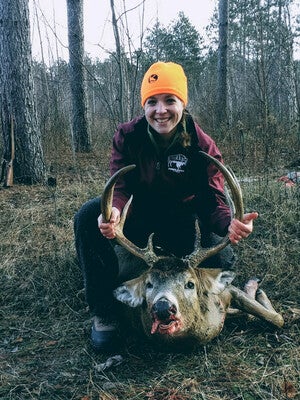 Rebecca Holman tagged an eight-point buck about five years ago as she was walking back to her tree stand from her car where she locked her keys inside. Photo courtesy of Rebecca Holman

While her brothers like to give her a hard time — as siblings do — Holman can boast that she has been successful.

But killing a deer, either with a bow or rifle, both of which Holman has a wealth of experience with, isn't all what hunting is about.

"It's a really neat time to connect with nature," Holman said of one of the last times she went bow hunting. Sitting in a stand in La Crosse, where she lives, the sun was just coming up over a marsh and blackbirds began to make a ruckus.

"Then it got really quiet, and then I could hear the swans flying over, and it was kind of magical, honestly. I think that's what draws me into the bow stand, because it is much quieter and because it's such a long season … it's like, 'Well, I can go and sit in a tree stand then and really appreciate what's around me, and if I see a deer, it's really a bonus.

And no matter what you call it or where it's at, "deer camp" is all about one thing, Holman said: "It's the togetherness, that really is what deer camp is about."

Gun-deer season opens Saturday and runs until Nov. 27. Archery and crossbow season runs until Jan. 8. Other season information can be found on the DNR's website.

Hunters need a license. Licenses can be purchased online at gowild.wi.gov or at one of these retail locations. The DNR has information for Wisconsin residents and out-of-state hunters who need licenses.

The DNR expects to sell around 550,000 gun-deer licenses this year, according to the Milwaukee Journal Sentinel.

No year has come close to reaching the peak of 615,293 deer harvested (by way of bow, crossbow and gun) in the 2000 season, according to DNR statistics.

Be aware that people will be hunting on the state's 6 million acres of public lands.

Information on this season's regulations can be found here.

Earlier this week, the DNR reminded hunters to "do their part to reduce the number of hunting incidents" by following these firearm safety rules:

Cold weather and snow are expected to create ideal conditions for hunters heading out to the woods this weekend as Wisconsin’s nine-day gun deer season begins Saturday.