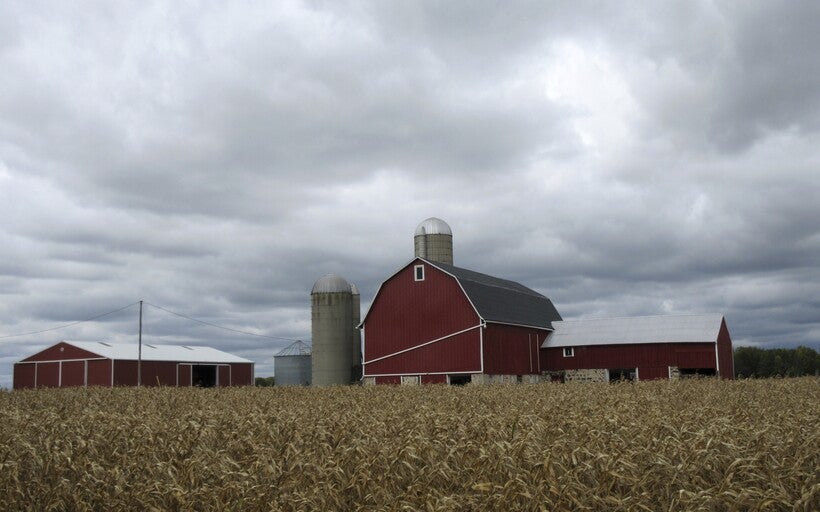 Why Are Barns In Wisconsin Painted Red?

Whether Tinted With Rust Or Blood, Barns Were Painted Red To Last Longer
By John Davis
Share:

Some barns are round or rectangular with roofs of various shapes.

Most are made with a combination of wood and fieldstone.

And, no matter what, they belong in any iconic portrait of rural Wisconsin. 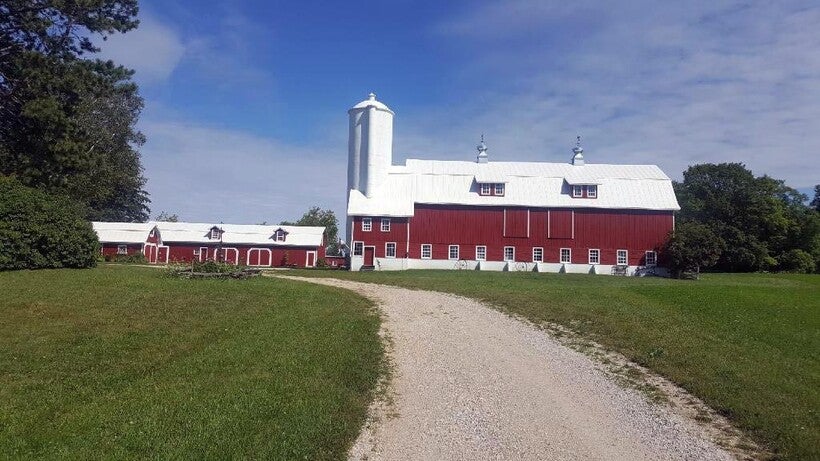 "Traveling around Wisconsin, one can find blue barns, white barns, green barns, yellow barns and barns that have never been painted, but the majority of them are red," said Jerry Apps, reading from his book "Barns of Wisconsin."

Apps, professor emeritus at the University of Wisconsin-Madison, is the author of dozens of books chronicling rural life in Wisconsin and helped answer Tucker's question.

"Many centuries ago in Europe, farmers preserved their buildings with linseed oil that they colored inexpensively with such things as animal blood from butchering or ferrous oxide, which is rust," Apps wrote in "Barns of Wisconsin." "The resulting color was a rather quiet red, not the fire engine red we sometimes see today. It became fashionable to have a red barn which contrasted nicely with the white farmhouse."

Red barns were the tradition in Europe, and as settlers populated Wisconsin in the 19th century, they brought with them what they knew.

"It’s a little bit tied to ethnic settlement patterns, but if you want the one-line answer, red paint was cheaper than any other color," Apps said.

"As you travel around the country and you see a red barn here and a red barn there and all of a sudden you see a white barn, you could surmise that whoever painted this barn white wanted to show off a little bit to his neighbors that maybe he was doing just let a bit better than they were," Apps said.

Hugh Roberts Jr. is the co-owner of Randolph-based Roberts Brothers Painting, which has been painting Wisconsin barns since 1958.

The rest of the barns they paint are white, brown, or any color combination the customer wants. 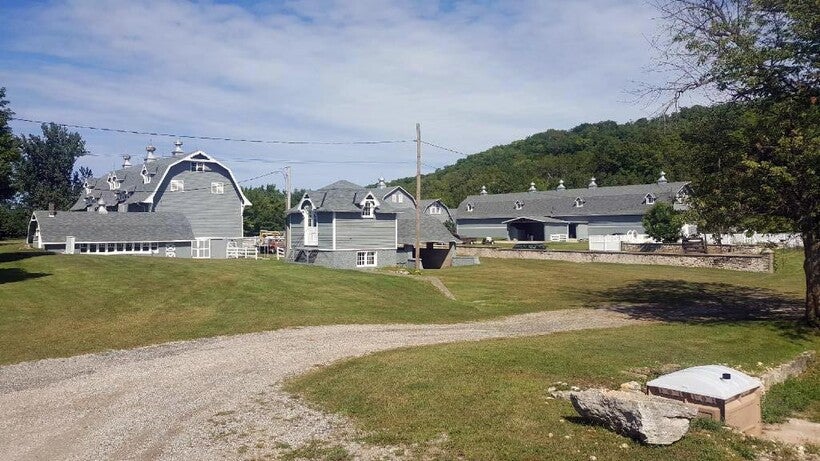 But times have changed.

"Over the years and as farming has changed, we do fewer barns now, but I’d say it still makes up about 20 to 30 percent of our work," Roberts said. "Most of the barns we used to paint were dairy barns. Now the majority are hobby farms with some kind of animals (horses and cattle), with some even turning the barns into wedding venues," Roberts said.