WPR
WPR Next
Because Science 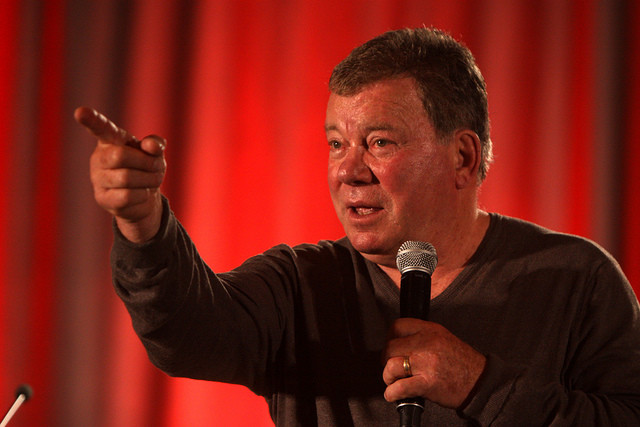 Who Said It? Was It Theoretical Physicist Stephen Hawking Or William Shatner?

"If aliens ever visit us, I think the outcome would be much as when Christopher Columbus first landed in America, which didn't turn out very well for the Native Americans." (SH)

"It would not be beyond the realms of possibility that somewhere outside of our own universe lies another, different universe and, in that universe, Zayn is still in One Direction." (SH)

"What a glorious demise it would be to burn up in space." (WS)

"Although a lot of the concepts in science fiction are absurd to our Newtonian minds, anything is possible because of the new language of quantum physics." (WS)

"The rise of powerful AI will be either the best or the worst thing ever to happen to humanity. We do not know which." (SH)

"The possibilities that are suggested in quantum physics tell us that everything that we're looking at may not be in fact there, so the underlying nature of being is weird." (WS)

"We are so insignificant that I can't believe the whole universe exists for our benefit. That would be like saying that you would disappear if I closed my eyes." (SH)

"I don't think the human race will survive the next thousand years, unless we spread into space." (SH)

"I find the whole time travel question very unsettling if you take it to its logical extension. I think it
might eventually be possible, but then what happens?" (WS)

"I am discounting reports of UFOs. Why would they appear only to cranks and weirdos?" (SH)

"People who boast about their I.Q. are losers." (SH)

"Space is one of the last known frontiers, mostly untouched by mankind in his politics." (WS)

"If time travel is possible, where are the tourists from the future?" (SH)

"We now have the technology to destroy the planet on which we live, but have not yet developed the ability to escape it." (SH)

"We are approaching a crisis where people see not just the necessity, but the Armageddon of not cooperating." (WS)