Wisconsin is known far and wide for its beer culture — and in recent years, Wisconsin's political culture has been getting plenty of national attention.

The two often intersect, as was evident the day Democratic Party Chair Tom Perez came to the state to announce Milwaukee would host the 2020 Democratic National Convention.

As the formal announcement wound down, Milwaukee Mayor Tom Barrett turned to the assembled officials and said, "I think we should do what we always do in Milwaukee after work. I think it's time for a beer."

Which is exactly what staffers brought out for them. Only as the glasses clinked together and cameras clicked ... things got messy.

The DNC signing is celebrated with beer (including a little spilled on the contract). pic.twitter.com/LMpZjVoioq

"I think it's only appropriate," Perez said, laughing, "that the paperwork should have a little spill of beer on it. We need a brat to get on there now."

Spilling beer on the paperwork might not have been intended, but those in Wisconsin politics say it was no surprise.

"It's a shorthand and quick way to convey something by having a beer," said Mordecai Lee, a political scientist at the University of Wisconsin-Milwaukee.

For out-of-state politicians looking to show they're in touch with Wisconsin culture, a beer is a common way to do it.

"You know it's not that different from, I don't know, campaigning in Chicago and having a Chicago hot dog or a deep dish pizza," Lee said. "For politicians, the simplistic, stereotypical instant messaging that happens with a photo op with beer, they continue doing it."

Plenty of big political names have taken part: presidential nominees like Hillary Clinton and John Kerry, first lady Betty Ford and many others.

Look back through pictures of candidates raising glasses of Wisconsin beer, and it's like looking at a timeline of American politics. 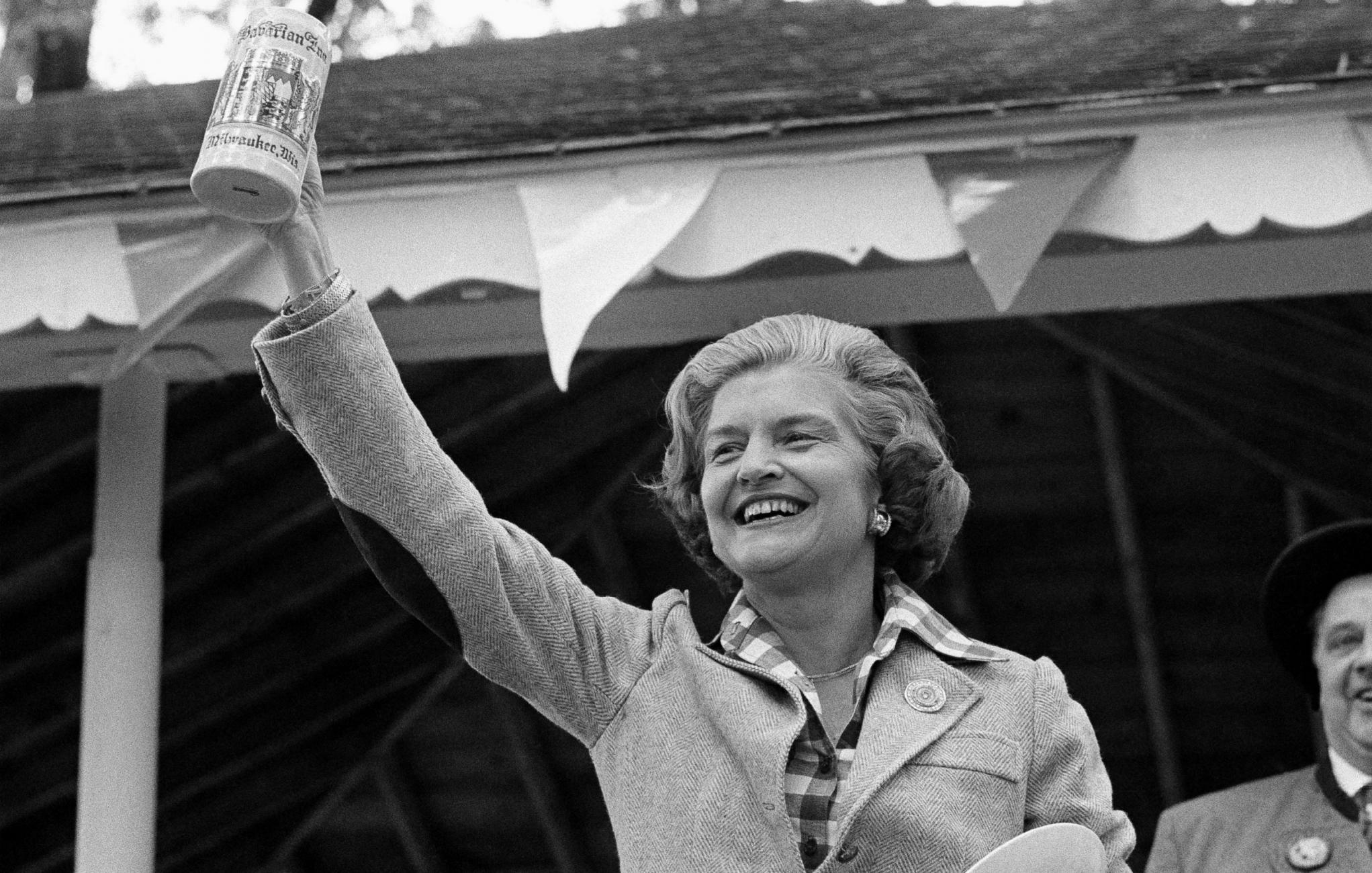 Betty Ford, wife of the President, holds a beer mug she received while attending an Oktoberfest Sunday, Sept. 26, 1976 in Milwaukee. 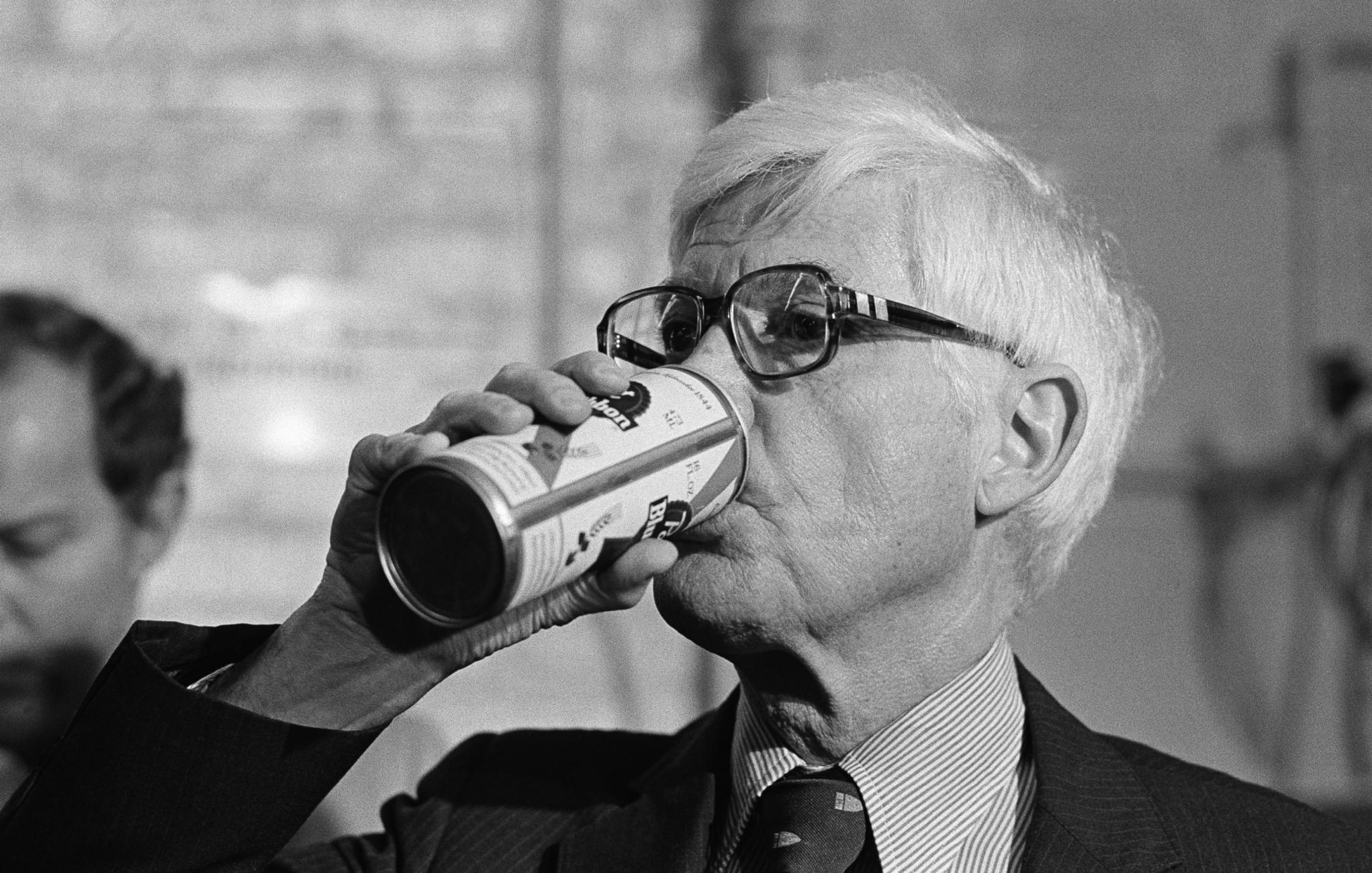 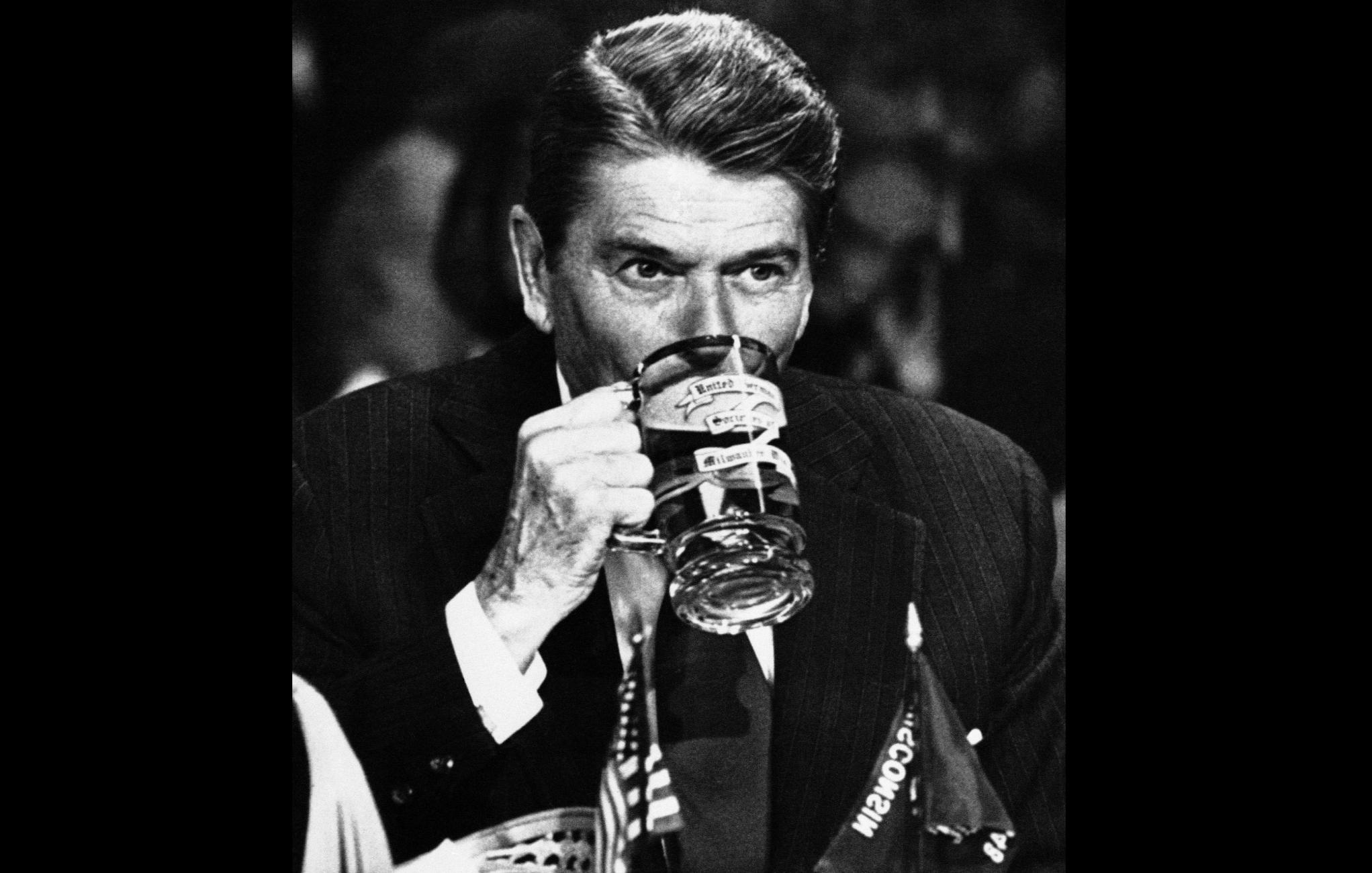 President Ronald Reagan drinks from a mug of beer while waiting to speak at a campaign rally in Milwaukee on Sept. 26, 1984. 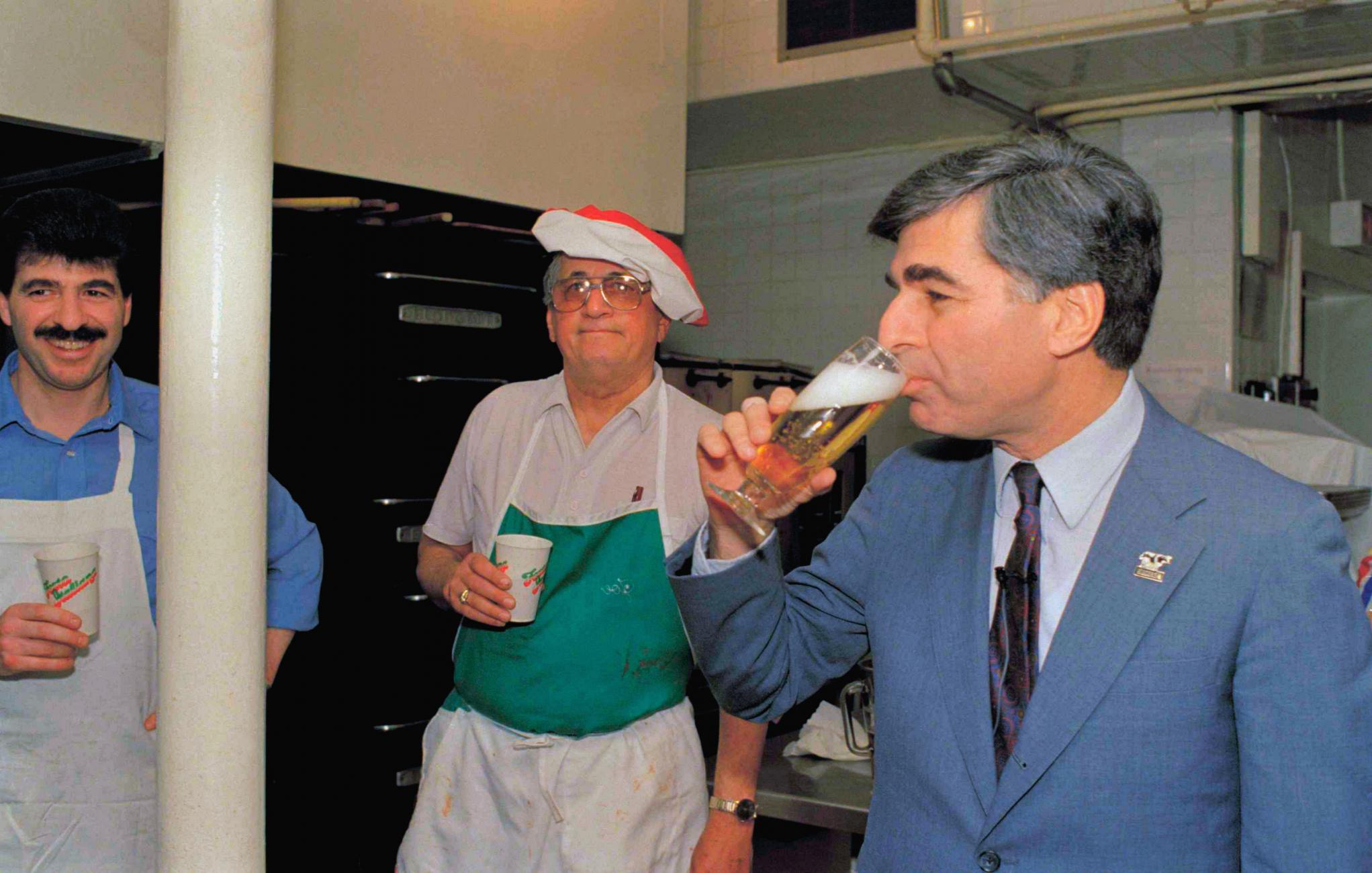 Democratic presidential hopeful Michael Dukakis takes a drink from a glass of beer during a campaign stop on Friday, April 2, 1988 at Milwaukee's Italian Community Center. 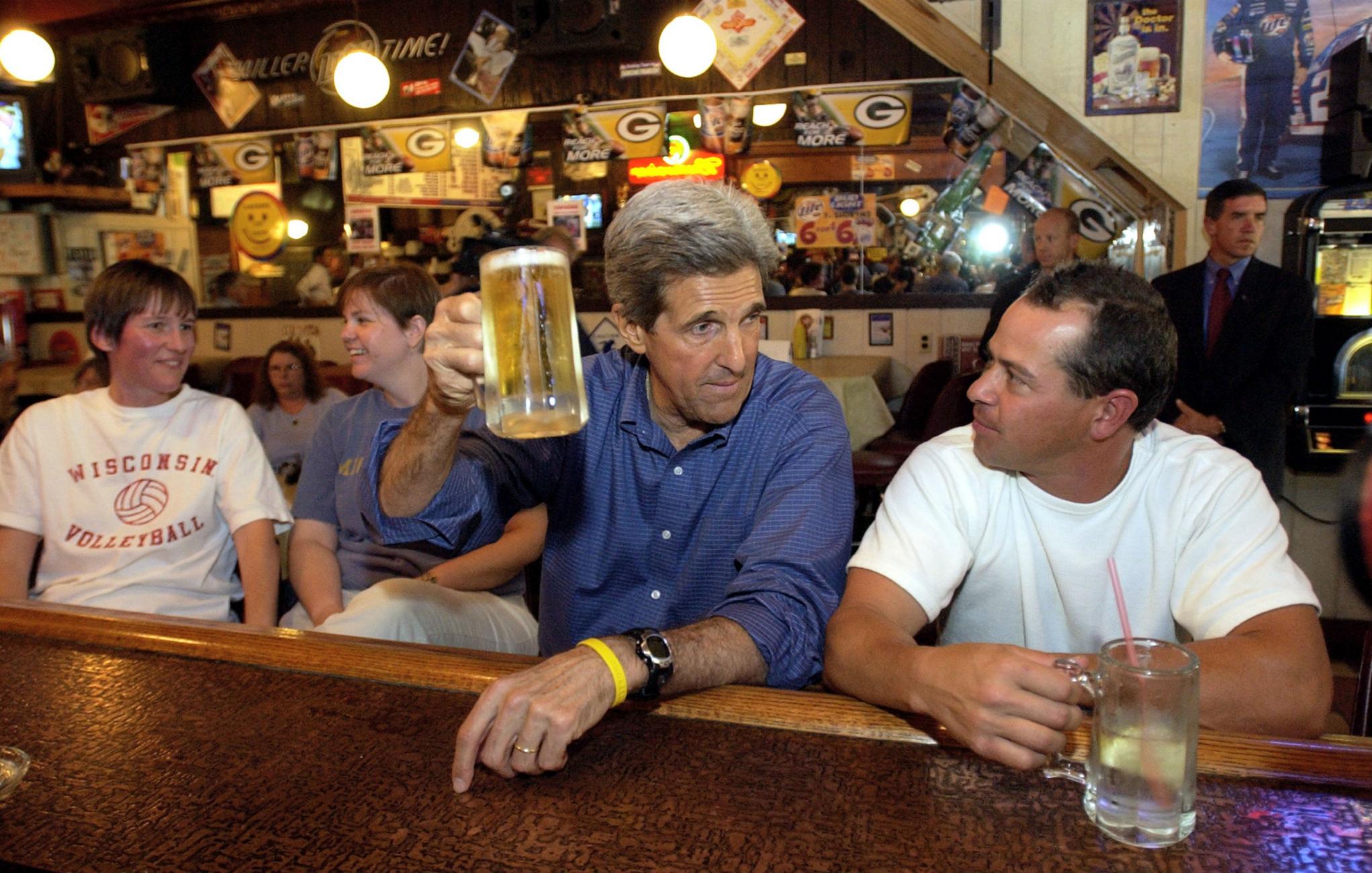 Democratic presidential nominee Sen. John Kerry, D-Mass., has a beer at the Main Street Pub and Grill in Mount Horeb on Sept. 26, 2004. 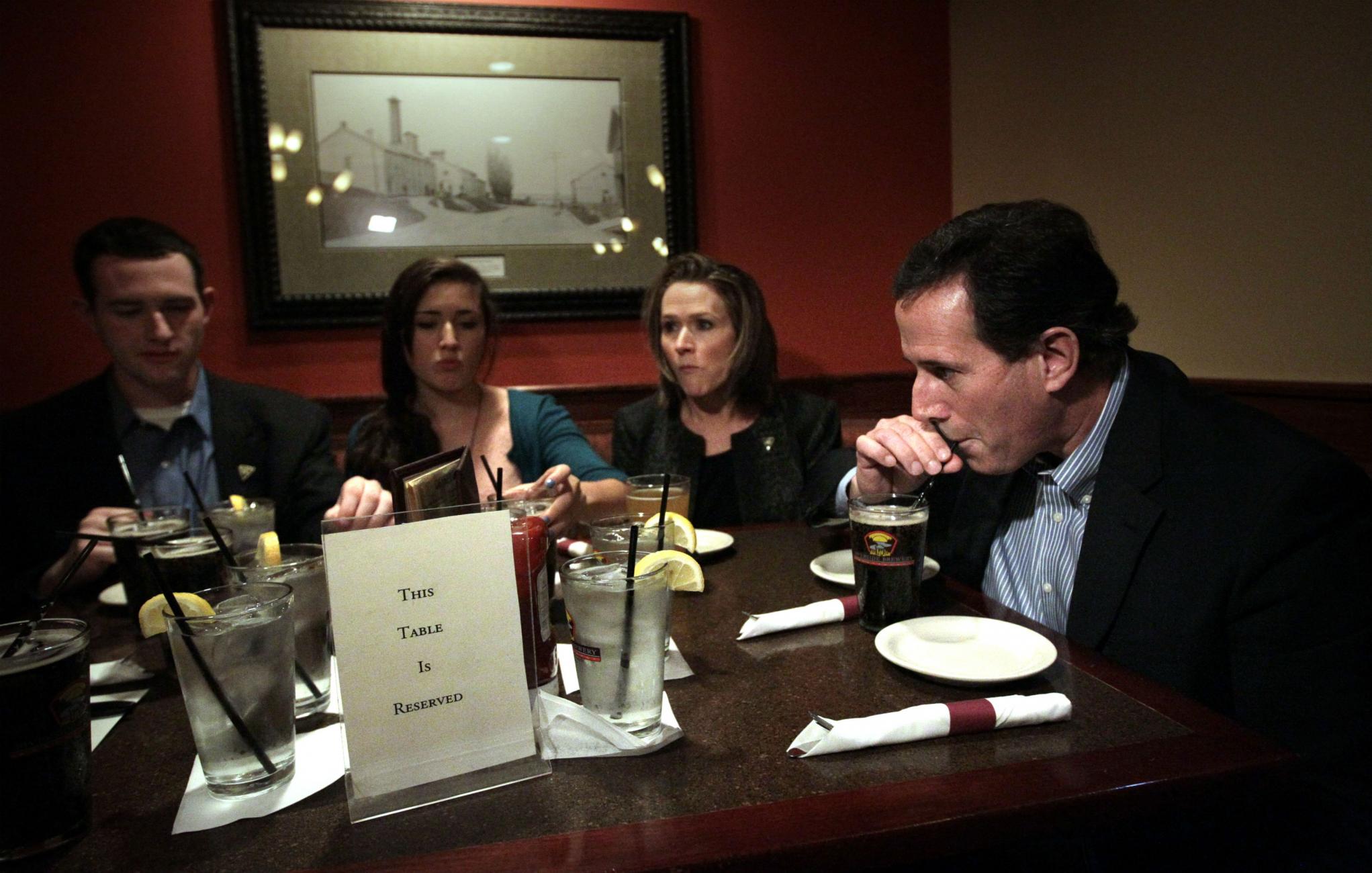 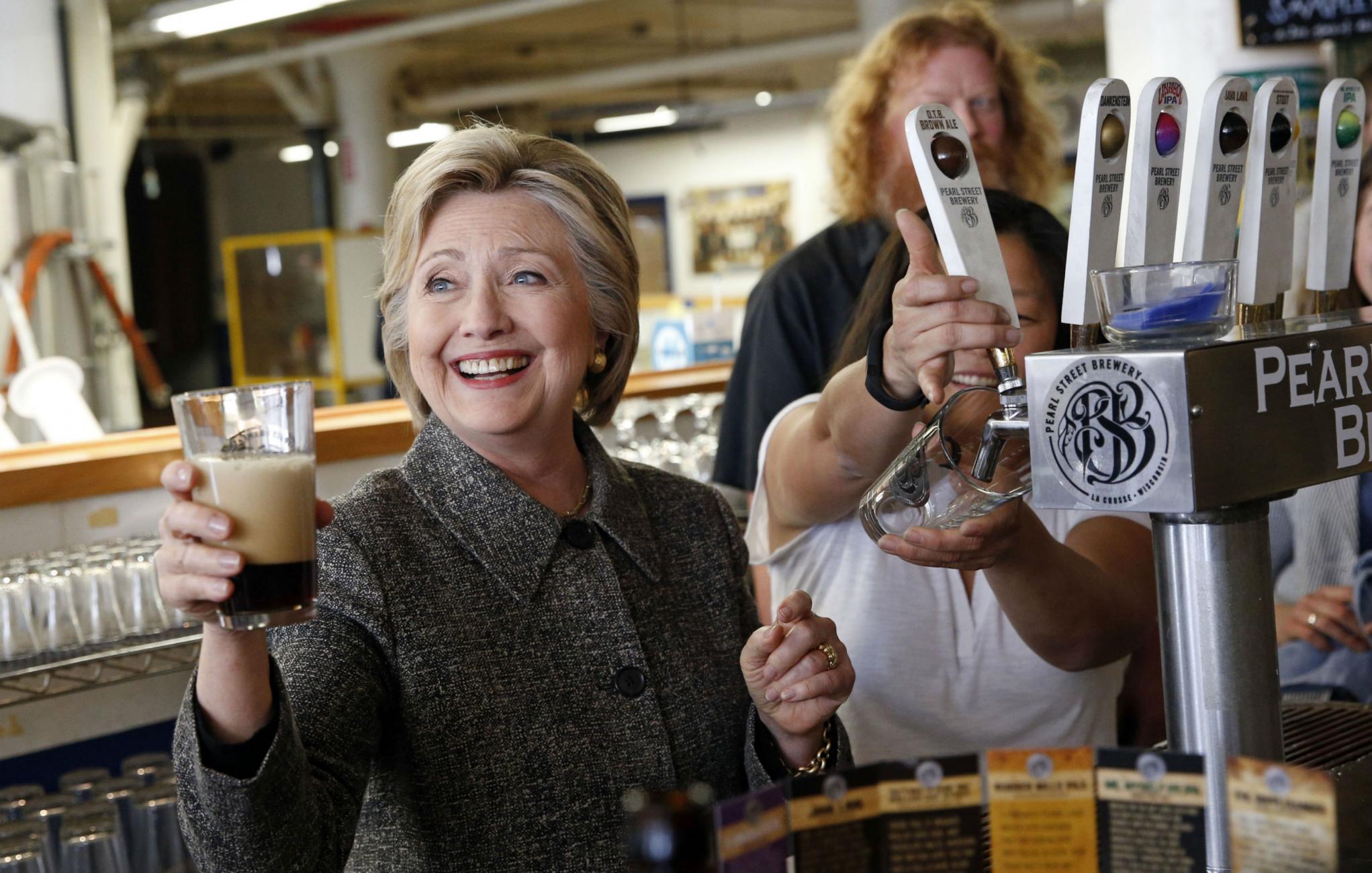 Democratic presidential candidate Hillary Clinton hoists a beer during a tour of at Pearl Street Brewery in La Crosse on March 29, 2016.

Lee points to a visit from former President Ronald Reagan, who used his beer moment in the state to make a point to Wisconsin's conservative voters.

"Sitting next to him is the police chief of Milwaukee, who was identified with conservative politics, even though he personally was a civil servant and couldn't do an endorsement," Lee explained. "Here was a situation where Ronald Reagan was able to convey several things at the same time."

'That Senator Just Slammed A Beer'

In-state politicians recognize the value of a campaign beer too — though their take might sound less cynical.

On the campaign trail, Reisinger said, you go where people are — be it festival beer tents, breweries, bars or even tailgate parties outside Lambeau Field.

"It's kind of hard to take part in the beer, in a setting like that, because you're warm and you've got hours of walking to do and it can go badly for you," he said. "But you get cheered a lot, you get a lot of toasts."

And candidates can get a lot of attention too, like when Johnson's 2016 campaign released a video of the senator celebrating a key endorsement from the powerful Tavern League of Wisconsin with ... Reisinger provided the technical term.

Johnson downed a Miller Lite in seconds, apparently impressing the bartender, who smiled and said, "That's pretty good," as the senator put down his newly-empty glass.

"It was just one of those moments where it didn't really matter what your politics were, you were just like, 'Hey that's cool, that senator just slammed a beer, like my buddy would on Friday night,'" Reisinger said. "It was a way for people to relate to him. And the best thing about it was that it was a real moment. We never could have scripted it or come up with it, it just happened."

After all, he said, "I don't know many states on the map who could say their senator could down a beer in less than four seconds."

Down-Home With Plenty Of Foam

But beer doesn't always bridge political divides, judging by the protests outside Walker's bipartisan beer and brats summit after surviving a 2012 recall campaign.

And pouring a beer can backfire, as Clinton learned during a 2016 primary event.

Tami Plourde of Pearl Street Brewery in La Crosse said while the former secretary of state, first lady and U.S. senator was enthusiastic about trying something new during her visit, the video of the beer she poured didn't do her campaign any favors.

Plourde said despite not having the smoothest pour of all time, Clinton "didn't really flinch when it didn't go the way that everybody had anticipated. And there was some flak for it, but I thought she was a really good sport about it."

Her advice for future candidates? "They might want to practice at home before jumping on the trail," she said, laughing.

The campaign trail is increasingly running through craft breweries like Pearl Street.

The Atlantic published a piece in 2016 noting how common brewery stops had become for candidates — and not just in Wisconsin.

"Craft beer involves entrepreneurialism and signals investment in a local community," The Atlantic's Matthew Osgood wrote. "It can also be a symbol of economic recovery."

With craft beer growing across the country, will Wisconsin's blend of beer and politics still stand out?

Plourde said yes — because to her, these moments aren't just about the beer.

"Wisconsin's very good at being down-home, very relatable, very friendly, and we just want to share and want to be friendly and experience that together," Plourde said. "I think Wisconsin will always stand out for that."

"Wisconsin's very good at being down-home, very relatable, very friendly, and we just want to share and want to be friendly and experience that together," said Tami Plourde of Pearl Street Brewery. "I think Wisconsin will always stand out for that."

Reisinger agreed, saying that at a time when voters often feel disconnected from politics and politicians, what better way to put candidates and public officials back together than with a beer?

As he put it, in politics "you're talking with someone who’s supposedly on this pedestal, and the best candidates are the ones who don’t stand on the pedestal, they get down and talk to people."

"It relaxes everybody," he said, "and draws us back to our culture."

And if that doesn’t work, and the beer and politics connection goes out of state, UW-Milwaukee's Lee said the state might have to turn elsewhere to keep candidates coming here. While there are several options — like bratwurst, or the brandy Old-Fashioned — he said he was confident which would win out.

"I'm guessing the incoming product that’s going to replace (beer) is going to be cheese," he said. "After all, we’re already called cheeseheads, and our motto is "America's Dairyland.'"

If nothing else, you can't quite spill cheese on a contract the way you can with a beer.