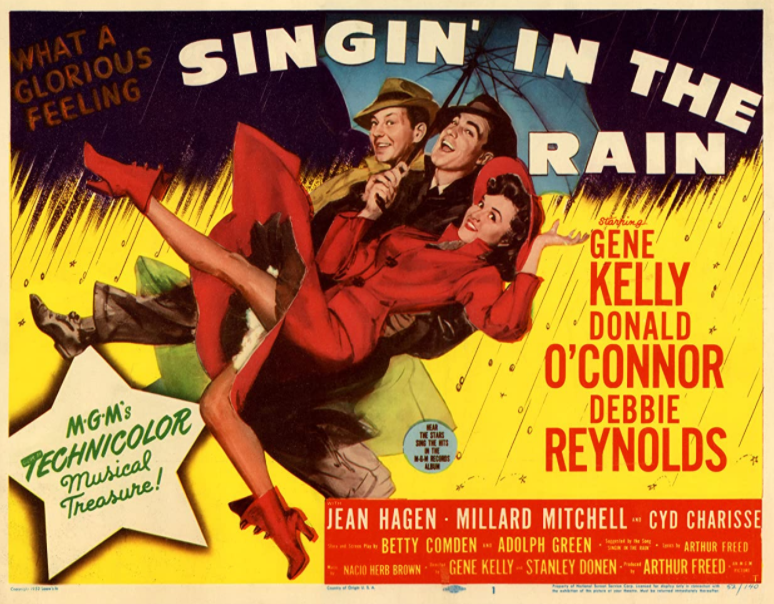 What makes a movie a classic? While the question is certainly open to interpretation and personal preference plays a major role, University of Wisconsin-Milwaukee film professor Jocelyn Szczepaniak-Gillece says there are a couple of ways to think about it.

"The standard way of thinking about it would be to say, a film that's a classic is kind of like a pinnacle of the form," she said. "It embodies everything that had kind of led up until that moment, and it represents a kind of culmination."

You might think of classic Hollywood films from the late 1920s to the end of the 1950s with that definition, Szczepaniak-Gillece said.

"But then classics also might not only be those that represent some kind of urtext of the form, they might also be films that have just withstood the test of time and that we still really, really love," she said.

'Singin' in the Rain'

The movie Szczepaniak-Gillece has seen the most times in her life, the 1952 musical romantic comedy is a movie about Hollywood’s transition to sound and features some of the biggest stars of the era, Gene Kelly and Debbie Reynolds.

"Singin’ in the Rain" is a classic film for several reasons, Szczepaniak-Gillece said. It came out toward the end of the Hollywood golden age and captured the craftsmanship Hollywood was capable of at that moment in time — and its scope reached beyond the era it was made.

"It's a nostalgic, visual and aural description of what Hollywood was like in the late 1920s," she said. "So it's kind of Hollywood playing itself. And that makes it both outrageously fun and something that encourages us to think about how film changes over time."

Not all classic films are American, Szczepaniak-Gillece said. Made in 1967, this Czech film takes place during the Middle Ages and is about the clash between pagans and Christians.

But it doesn’t take the traditional historical film approach, she said. It’s exciting and full of action, but it’s really about what living in that moment of time might have felt like.

"It was made during the Czech new wave, which is when all of these kinds of new possibilities were opening up for Czech artists, partially because of ... the Prague Spring in the end of the 1960s when Soviet forces draw back a bit and there's less censorship in former Czechoslovakia," Szczepaniak-Gillece said.

"This film is just a wonderful example of all of the cinematic possibilities that were just kind of blossoming in that moment," she continued.

A Hungarian film from 1989, "My 20th Century" follows two twin sisters coming of age at the turn of the 20th century who are separated and experience very different lives, Szczepaniak-Gillece said.

Until recently, the film wasn’t available in the United States, Szczepaniak-Gillece said.

"It is an absolutely beautiful, magical film," she said. "It’s a really great example of an older film that is having new life."

Sengalese director Ousmane Sembene’s final film made in 2004, Szczepaniak-Gillece said this "deeply moving" film is set in a village in Burkina Faso and deals with the repercussions of patriarchy when tensions erupt as young girls in the village are given "magical protection" against mutilation.

"Despite its difficult subject matter, this film is neither staid nor somber," she said. "It’s a close examination of the forces that shape all of us and, ultimately, a celebration of how film can work as a political tool."

After her boyfriend commits suicide, a young Scottish woman concocts a series of lies about his absence and goes on an emotional journey with her best friend after selling his novel under her own name. Made in 2002, this film represents "post-millennial tension in cinematic feminist form," Szczepaniak-Gillece said.

"(Director Lynne Ramsay) is now known for her deconstructed action thrillers, her quieter drama interrogates the local effects of punishing global capital flows on a disaffected young woman with a grim future," she said.

What's One Movie You Think Everyone Should See? 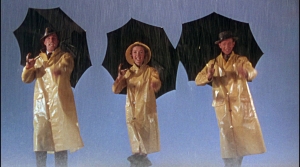 While seeing a brand-new movie or show is exciting, there are many time-tested classics that could be worth a watch. We talk with a Wisconsin film professor about what makes something a classic, and we ask you to share your must-see movies as well.