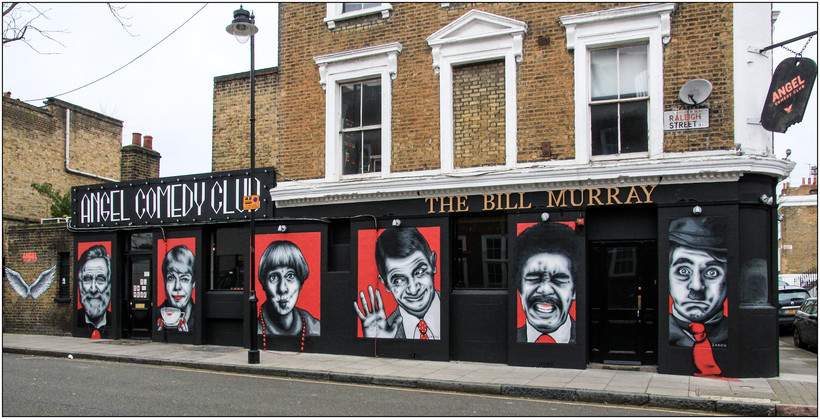 Mike Sacks is the author of "Poking a Dead Frog: Conversations with Today's Top Comedy Writers."

The title comes from E.B. White's famous quote, "Explaining a joke is like dissecting a frog. You understand it better but the frog dies in the process."

It's safe to say that no frogs were harmed in the making of Sacks' book, which features entertaining and enlightening conversations with many of today's greatest comedy writers, including: Mike Schur, the creator of the hit TV shows "Parks and Recreation" and "The Good Place;" comedy legend Mel Brooks; and The Onion writer Carol Kolb.

Sacks told WPR's "BETA" that the perception that comedy writers are miserable is indeed true, but they're not alone.

"The thing is though that everyone’s miserable," Sacks said. "But we just happen to hear about it from comedy writers. If you were to go into your dentist, he’d be miserable. But his job is not to tell you jokes about his relationship with his wife is breaking up."

Sacks said he doesn't know if comedy writers are more miserable than people who have other occupations. But he does think there's a strong connection between depression, anxiety and obsessive compulsive disorder (OCD) in comedy. He said there's an especially strong correlation between OCD and comedy. He only asked writers about OCD because he too suffers from it.

"I would say about 75 percent suffer from symptoms of obsessive compulsive disorder. But what’s interesting is a lot of these writers use that compulsion, that feeling of compulsion, to write, to write every day," Sacks said. "And because of that, it sort of feeds into their success. So they funnel that energy, rather than washing their hands or licking light poles or whatever, they funnel that obsessiveness into having to write every day. And if they don’t, they get anxious. So it’s not a pleasant way to live necessarily, but they’ve taken the best of a bad situation and have made the best of it."

So is there an upside to having OCD if you work in comedy, especially as a standup comedian because you're constantly making small but important changes to your jokes and fine-tuning them over and over again in front of different audiences?

"Oh, definitely," Sacks said. "You absolutely do need an obsessiveness. And what’s interesting too is even someone like Mel Brooks, whom I interviewed, you still sense that he’s obsessive, even with all the accomplishments he has achieved, he’s still obsessive about working and getting the laugh, which I found fascinating. So for him, it was never about money, it was never about anything but producing laughs and writing comedy and performing comedy. And he still feels the same way."

One of the things that really defines great comedy is the element of surprise.

Comedian, actor and filmmaker Albert Brooks once said that "to me, the whole point of comedy is just to go crazy and try things that are as wild as your brain can think of, and do them again if they don't work. Do them again. Believe me, the audience comes to you."

Andy Kaufman would serve as the perfect spokesmodel for this idea. Yet it seems that there are certain standard comedy tropes that people find inherently funny. So how does Sacks think that comedians and comedy writers find a balance between the element of surprise and freshness while still delivering the funniness?

That's the big question, Sacks said. The jokes that can be found in the plays of the ancient Greek comic playwright Aristophanes form the bedrock of modern comedy — jokes about such subjects as human behavior, sex and bodily functions.

"So there’s only so crazy one can get. I mean, these jokes have to be tethered to human behavior, and we’re all wired to recognize certain human behavior. So it’s a matter of working within that framework while also standing out. That’s the real trick," Sacks said. "Now what’s interesting is Albert Brooks is a genius and his standup was absolutely amazing."

"But the problem with that sometimes is that you can be ahead of your time, (as he was) with both his movies and his standup. So it’s also a matter of not just putting good work out there that works within the framework, that’s different from anyone else," he continued. "It’s also timing. And to be too ahead of your time sometimes, especially when it comes to comedy, is not necessarily a good thing for your career. It can be a very frustrating career.”

Steve Martin wrote in his memoir, "Born Standing Up," about being willing to try weird material when he first started doing standup and to make it clear to his audiences that he thought this material was hilarious.

"That was a rare case of him doing what he wanted to do, doing it very differently and hitting huge. He would fill stadiums," Sacks said. "Very, very, very rare. I don’t know of any other case like that. I mean, Richard Pryor eventually, but that took years after he had changed his act. But Steve Martin, it comes down to, I think, the fact he’s just brilliant. And the writing’s phenomenal, as was the performance."

Sacks also talked to Tom Scharpling about his radio show, "The Best Show on WFMU," which aired on the independent community radio station WFMU from 2000 to 2013.

Scharpling's radio show featured long-form comedy, sketches that could last as long as 30 minutes, 45 minutes or even an hour.

"It really reminds me of a modern Bob and Ray in the sense that Tom would play records, he would take calls," Sacks said. "And every show, or most shows, he would receive a call from a character played by Jon Wurster, who’s also an amazing drummer for Bob Mould and Superchunk and The Mountain Goats. Brilliant guy."

Wurster played characters like an insufferable, arrogant record store owner and a 63-year-old hoodlum/author who considers himself to be "The Real-Life Fonzie."

"The radio audience would not know this was a put-on. He would go on for 15, 20 minutes, take calls, incense the callers," Sacks said. "Tom would play off him, Tom was a great straight man. And they would just create this world. And they created a world called Newbridge, which was an imaginary town in New Jersey. This town almost became like the 'Simpsons' town in that there were hundreds of characters, there were direct relations between certain characters. It was a history of Newbridge."

"And over the years, like a very, very strange Lake Wobegon, it just grew and grew and grew. It became a cult favorite among top comedy writers," he continued.

"Writers from late-night shows, sitcoms, standups, they would tune in each week to hear this show. It was very much a show that was working at the top of its level. It didn’t care about ratings and was very, very smart, which I think appealed to these comedy writers," he said. "It reminded me of the free-form jazz clubs that would take place in the '50s or '60s where anything went. And they weren’t playing for the audience at that point, they were just playing for themselves and their friends."

Scharpling continues to create his suitably Scharplingesque blend of mirth and mayhem with THE BEST SHOW podcast.