Learning about elections can start before students are old enough to vote.

Beyond local elections and other ballot measures, the statewide races in Wisconsin include governor, lieutenant governor, secretary of state, treasurer, attorney general and federal races for U.S. Senate and House of Representatives.

READ MORE: Election coverage from WPR for the 2022 fall midterms

Jack: Does advertising and money affect how well a candidate does?

Jacob: How do politicians decide how to target political ads, and are they effective?

Shawn Johnson: It's hard to overstate the significance of how a candidate can spend money or have money spent on their behalf and run these ads that blanket the TV airwaves and social media feeds of Wisconsin with advertising for their campaigns.

You see this play out in different ways. In a close state like Wisconsin, people who have money or who want to spend money on politics tend to want to spend it here because our races are so competitive. They matter so much in terms of what happens in state and federal government. And so, donors spend money on our candidates. That tells you that they think it matters.

You can sometimes see more money start to flow to candidates who seem like they have a better chance of winning. These donors are saying, "We're going to bet on you." 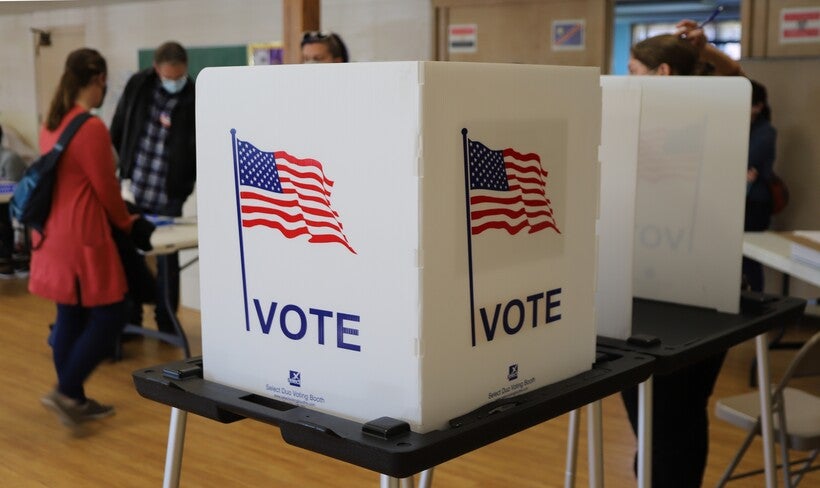 Sorina: How will the different generations of voters impact the midterm elections based on how their age groups and generations view current events?

SJ: Typically, I would say to Sorina that it's going to be maybe her parents, maybe her grandparents who are going to vote more in a given election. They represent a large bloc of voters in any given election. So, for example, in 2018 during the last midterm election:

So, the older you get, the more apt you are to vote. And so, campaigns and candidates pay attention to those voters. I will say that in 2018, voter turnout was up for a midterm, and it was up for younger voters. And in 2020, turnout was up — way up — for younger voters compared to what we usually see. About half of them voted. I think though, typically, you see a lower turnout in a midterm.

Julianna: How does one qualify to be a part of the midterm elections?

SJ: The short answer is you just have to get signatures from a bunch of adults to get on the ballot in Wisconsin.

So, to run for U.S. Senate, you need to be 30 years old; U.S. House of Representatives, 25. To run for governor or other state offices, you have to be 18. And then to get on the ballot for the U.S. Senate, governor, lieutenant governor, attorney general, treasurer, secretary of state or Wisconsin Supreme Court, you need 2,000 valid signatures on a nominating petition that you or someone else circulated on your behalf that says, "I want to get this person on the ballot."

Now, winning elections, that can be a different story. But the barriers to entry for getting on the ballot in Wisconsin are pretty low.

Quinn: How do candidates get the money for campaigning?

SJ: That is a great question, and it has become more and more complicated over the years. So, in Wisconsin, there are contribution limits for different offices. A donor can only give so much to candidates for different offices. So, a donor could give somebody who is running for governor up to $20,000. For state Senate, up to $2,000. State Assembly, up to $1,000. If you look at federal offices like U.S. Senate and House, I think it's $2,900 per election.

But — and this is a big caveat here — in Wisconsin, people can make unlimited contributions to the state political parties, and the state parties can make unlimited contributions to the candidates, basically. So, if I'm a billionaire and I want to contribute a few million dollars to the Democratic Party of Wisconsin or the Republican Party of Wisconsin, I can do that. Actually, that's been an effective fundraising tool for the Wisconsin Democratic Party for the last few cycles.

You also have outside groups, like in the U.S. Senate race, one of the big players for Republicans has been Wisconsin Truth PAC (political action committee). It's a Republican super PAC, and its funders are almost exclusively Diane Hendricks, and Richard and Elizabeth Uihlein — prominent billionaire Republican donors … They spend big on elections around the country, and they're spending big on behalf of U.S. Sen. Ron Johnson in that race. So, there are so many ways that money can flow to elections.

In the state Assembly, it often relies more on a candidate going out there, raising money and putting in work to have the resources they need to run their campaign. But even in the state Assembly, if it's a really competitive district, outside money is going to flow into the race, because people know these races matter so much.

What Wisconsin middle school students want to know about elections 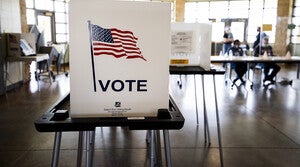 We asked a class of Wisconsin eighth graders what they want to know about this year’s midterm elections. WPR Capitol bureau chief Shawn Johnson joins the program with answers.