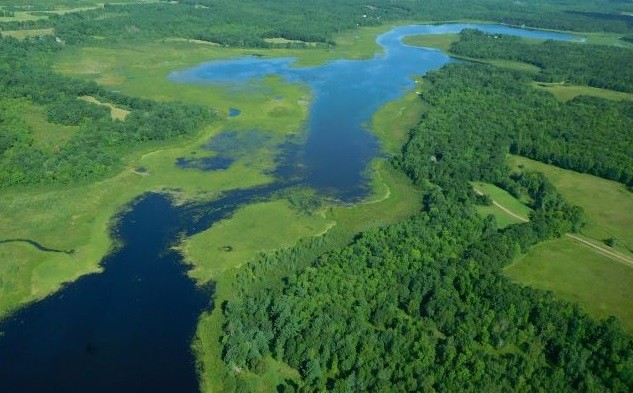 Long Lake in Burnett County opened for wild rice harvesting on Friday because it is seeing good yields this year. However, rice beds are poor or nonexistent on a lot of lakes.

Wild rice beds are looking pretty thin on northern Wisconsin lakes this year, and in some cases, they’re completely missing.

Experts say the wet summer is mostly to blame as heavy rains have caused high waters on northern Wisconsin lakes.

Peter David, wildlife biologist with the Great Lakes Indian Fish and Wildlife Commission, said the weather, along with damage from water fowl, has taken a toll on wild rice beds.

"I would say in the north-central part of the state -- sort of the Oneida, Vilas, Forest county areas -- it may be as poor a crop as I've ever witnessed," he said. "The northwest part of the state faired a little better. It's below average, but not terribly below."

People can harvest between 30 and 40 pounds per trip in an average year, David said.

"This year, I'm sure the average is going to be below that. It's going to be pretty tough over here," he said. "That being said, there's always individual beds that are looking pretty good. The right person at the right time can still have a successful harvest."

Wild rice is poor on 45 of 99 waters that have been surveyed in northern Wisconsin, according to the commission's website. David advises people to wait until the rice is ready for harvest.

"People are going to have to restrain themselves and stay out of those beds until they're ready to go. Otherwise, it damages the beds and damages the harvest for the pickers themselves," he said.

Around one-third of waters surveyed by the commission remain closed for wild rice harvesting, but a handful of lakes opened on Sept. 1.