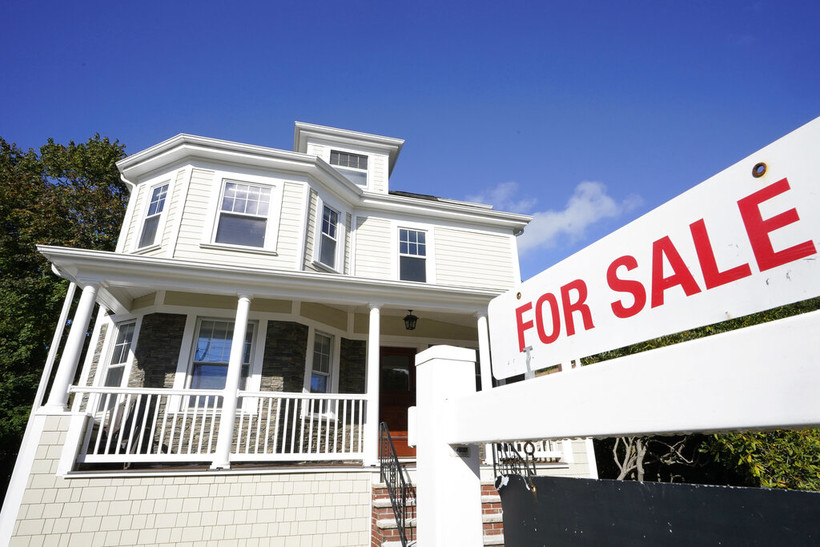 'We're not the only people struggling': Bayfield County moves forward on efforts to address housing shortage

Bayfield County board will solicit proposals to develop 40 to 60 housing units
By Danielle Kaeding
Share:

One northern Wisconsin county is moving forward on a plan to address its housing shortage as the county sees high demand for senior and workforce housing.

A survey and housing report released last year found more than half of the county’s homeowners are 60 and older, with 2,265 households with an owner over the age of 65. The county is on track to have the largest share of seniors in the state by 2040, said Kellie Pederson, a community development outreach specialist with UW-Madison’s Division of Extension.

"We're just gaining older folks faster than we are losing them as a destination retirement community," said Pederson. "Of course, that has epic implications on workforce. We know that we're already at that tipping point where we have more people out of the workforce than in, and certainly on housing as these folks are leaving the workforce and needing different services and different styles of housing as folks age."

A coalition of 14 communities in the Chequamegon Bay area near Lake Superior has been working to address barriers to housing. The region has struggled to attract developers because higher material and labor costs for building units typically require higher rents than most people can afford. Developers often look to state and federal tax credits to build affordable or low-income housing, which are in short supply.

It's a problem that’s communities are facing across the state and nationwide.

"We know that we're not the only people struggling with housing," said Pederson. "Certainly, it's an issue in our area, but it's certainly an issue of national importance. We're not alone."

Wisconsin has a shortage of nearly 124,000 rental units for extremely low-income households, according to the National Low Income Housing Coalition.

In Ashland and Bayfield counties, UW-River Falls conducted a survey of roughly 5,800 residents last year. More than half of 2,057 residents who responded said there’s not enough rental housing, and they couldn’t afford a monthly rent or mortgage of more than $800. A 2021 housing report found around 43 percent of rental households in Bayfield County make less than $25,000 and 41.5 percent pay more than 30 percent of their income on housing.

The lack of affordable rental housing has proven a barrier for local employers and businesses who are struggling to hire workers.

Real estate developer and business owner Heidi Zimmer owns Wild Rice Retreat Center in Bayfield. Zimmer has been assisting the county with efforts to address the lack of housing and detailed her own challenges trying to recruit a chef to relocate to the area with his family.

"He looked for housing in the Bayfield area for three months, finally found a house that he could afford. It was owned by a woman who was 78 years old and was desperate to move into Northern Lights (nursing home) or a similar facility," said Zimmer. "She was unable to secure housing for herself. The purchase agreement fell apart. I lost my chef. The family never moved here."

Pederson said home ownership is sliding out of reach for county residents. The annual median household income in the county is roughly $56,000 while the median home price was $193,000 last year, according to a 2021 housing report. Pederson said residents would need to earn $64,000 each year to avoid spending more than 30 percent of their income on a home of similar value.

"We have schools in the area that are having trouble hiring teachers because they can't find a place to live," said Larry Fickbohm, a Bayfield County board supervisor.

The county will now solicit a request for proposals, seeking developers to build the housing units. Those proposals would be due by Sept. 16. Bayfield County Administrator Mark Abeles-Allison said they’ve received interest from at least half a dozen developers on the project. He said they hope to select a developer by the end of September.

Bayfield County is one of three communities that was selected by the Wisconsin Housing and Economic Development Authority to take part in the Rural Affordable Workforce Housing Pilot Initiative, a program that seeks to address housing shortages in rural Wisconsin. The county wants a developer to apply with WHEDA for housing tax credits that could be used to support the project. The hope is that any tax incentives awarded for the development would help make the units more affordable for renters, but no specific rent threshold has been set.

The City of Washburn may also contribute more than $230,000 in tax incremental financing funds to support the housing development, although no final decisions have been made.