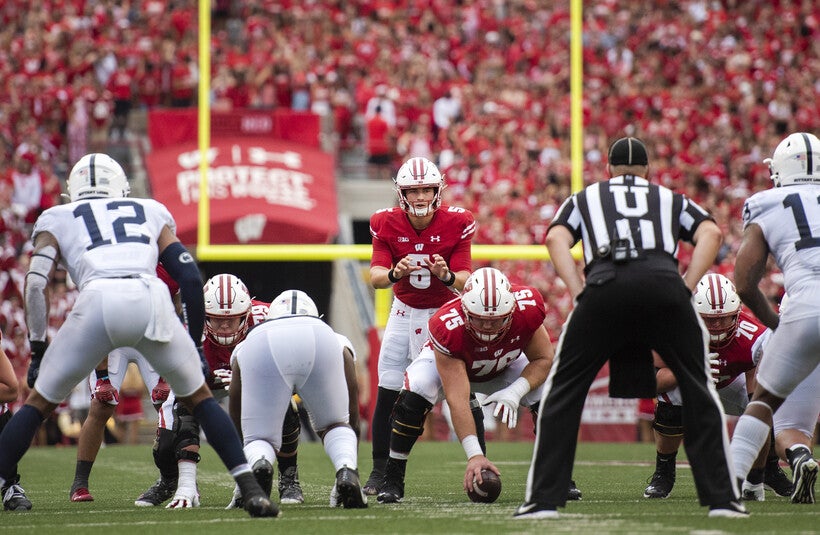 For the first time in history, the Wisconsin Badgers faced the Army Black Knights in football this weekend. After a rocky start to the year, the Badgers won, 20-14. And six games into this season, they seem to be turning the tide.

It’s a big departure from this point last year when the Badgers hadn’t even started football season yet.

Last season, the Badgers opened play on Oct. 23 against the Illinois Fighting Illini in the first Big Ten game of the year, after the conference waffled on whether it would play football during the COVID-19 pandemic.

And it’s not only the football team that felt the effects of the pandemic. UW Athletics lost out on as much as $70 million in revenue with fans away from its stadiums. Wisconsin’s volleyball team played just over half its normal number of games on its road to the Final Four. Hockey season started late for both the men and women, and both teams missed games due to COVID-19.

"They didn’t have what you’d call a normal freshman year last year," he said before the Badgers’ home opener at LaBahn Arena. "They played 21 games (due to COVID-19 schedule changes) and won a national championship, uncharacteristic of what normal freshman go through."

Things seem to be going much better so far this school year, said Chris McIntosh, who replaced Barry Alvarez as athletic director at the University of Wisconsin-Madison on July 1.

"It’s been an interesting summer and fall," he told WPR’s "The Morning Show." "We’re far more optimistic and, frankly, grateful that we’re able to continue with our seasons this year compared to where we were a year ago. We’re in a much better place, and we know so much more today than we did a year ago, last fall, which was really tough on our student-athletes, our staff and our fans." 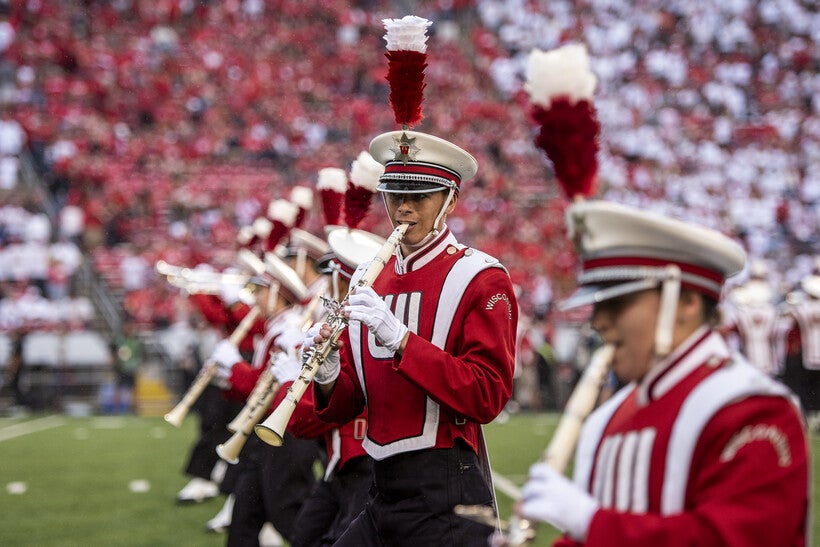 Members of the University of Wisconsin Marching Band take the field before the Badgers’ game against Penn State on Saturday, Sept. 4, 2021, at Camp Randall Stadium in Madison, Wis. Angela Major/WPR

Last month, UW-Madison announced that more than 90 percent of students had received at least one dose of the vaccine. The same holds true for the Badgers football team, McIntosh said. That’s a much higher rate than the state in general. Just 57 percent of Wisconsinites have started their vaccine series, according to the Department of Health Services.

Despite a surge of infections spurred on by the delta variant, Badgers teams have managed to play without the interruptions they faced last year.

Of course, there’s no guarantee the relatively smooth sailing will continue. Milwaukee Brewers star Christian Yelich is among those who’ve experienced COVID-19 infections despite being vaccinated.

Unvaccinated athletes receive two PCR tests per week based on guidelines from the NCAA, McIntosh said.

"That’s been working well so far," he said.

But McIntosh said UW Athletics would support any campus-wide vaccine mandates handed down from the university’s administration like the vaccination requirement for staff recently announced at Penn State.