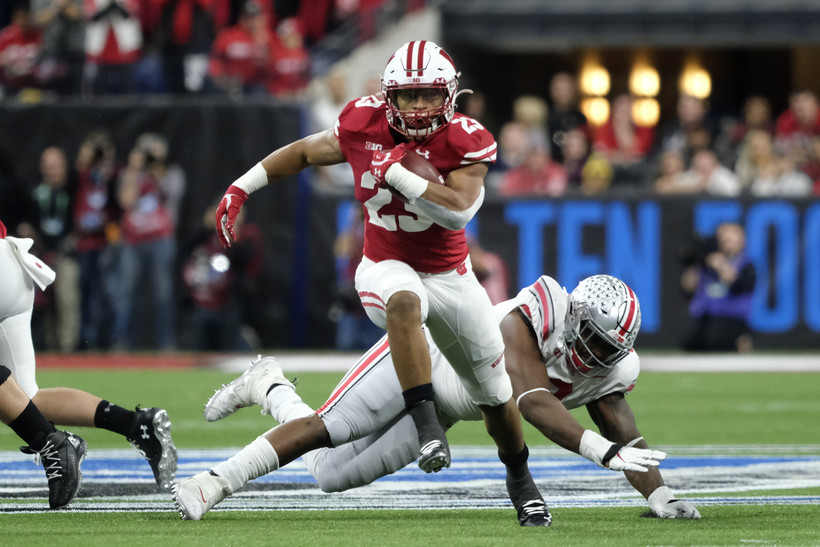 The Big Ten has reversed course and announced plans for a football season that would start in late October.

The announcement for the eight-game season for each of the 14 teams in the conference was made Wednesday morning, less than five weeks after the conference announced it would push football and other fall sports to spring because of the coronavirus pandemic.

The Big Ten plans to begin its season the weekend of Friday, Oct. 23. According to the Big Ten, its Council of Presidents and Chancellors voted unanimously to restart sports. In addition to the eight-game season, teams will also play a game against teams in other divisions with a comparable record on championship weekend.

In a call with reporters Wednesday, UW director of athletics Barry Alvarez said the council agreed there will be no fans in the stands at games. Only limited staff and the parents of players from both teams will be allowed. It's unclear if group activities like tailgating will be permitted outside the stadium.

The season is back on because the conference has "adopted significant medical protocols," according to the release, including daily testing, enhanced cardiac screening and an "enhanced data-driven approach" when it comes to making decisions about practices and competitions. A team's test positivity rate and population positivity rate will be used to determine if practices or games will continue.

In a statement Wednesday evening, Public Health Madison & Dane County said, as of about 5:00 pm Wednesday, "42 players and staff on the Wisconsin Badgers football team have already tested positive for COVID-19."

"The decision to hold the football season right now has wide-reaching impacts beyond athlete and student safety and will impact the health and safety of many people in Dane County," public health officials said.

PHMDC urged UW students and people across Dane County not to gather with others to watch UW-Madison football games.

"Right now, the increase in COVID-19 cases we are seeing are largely concentrated among UW students," Madison Mayor Satya Rhodes-Conway said in the statement. "But increases in cases due to Badger football tailgating and partying could be more widespread."

The conference is requiring student athletes, coaches, trainers and anyone else on the field for practices and games to be tested daily for COVID-19.

The season was initially postponed until the spring because of questions about testing, contact tracing and long-term heart damage found in student athletes.

UW-Madison Chancellor Rebecca Blank said in a statement Wednesday morning that many of those questions have since been answered.

"Medical advisors to the Big Ten have produced clear protocols for testing, isolation, and return to play," Blank said. "They also have a protocol to check any athletes who become ill for heart-related problems. With these protocols, the health concerns that I had in August have been allayed."

Blank noted that the Big Ten will pay for testing costs, and said it will be done in a "uniform manner" at all schools.

Any students who test positive for COVID-19 will have "comprehensive" cardiac testing, according to the release, and must be cleared by a cardiologist. The conference is also going to be collecting information from athletes who test positive to examine the effects the virus has on student athletes.

The soonest a student who tests positive can return to games is 21 days after the positive test result.

"Over the past several weeks, we have learned a lot and significantly improved testing and tracing capabilities. What I have seen and heard gives me confidence going forward. The health and well-being of our student-athletes and staff remains our top priority, so we will continue to emphasize proper protocols and smart decision-making," UW Director of Athletics Barry Alvarez said in an emailed statement Wednesday morning.

In the press release announcing the decision, Dr. Jim Borchers, head team physician for Ohio State and co-chair of the Return to Competition Task Force medical subcommittee, said the medical protocols are "groundbreaking."

"Everyone associated with the Big Ten should be very proud of the groundbreaking steps that are now being taken to better protect the health and safety of the student-athletes and surrounding communities," he said. "The data we are going to collect from testing and the cardiac registry will provide major contributions for all 14 Big Ten institutions as they study COVID-19 and attempt to mitigate the spread of the disease among wider communities."

Alvarez previously said the disruptions to the season caused by COVID-19 could cost UW-Madison's Athletics Department as much as $100 million in revenue. On the call with media Wednesday, Alvarez said finances will be "helped some" by a television contract to broadcast the games, but noted they will not be selling tickets to the public.

"That's still 80,000 seats in the stadium that we don't have so it still will affect us greatly," Alvarez said.

The change in decision comes after state and national officials began pushing for the return of Big Ten football.

Other conferences have begun their college football season amid the coronavirus pandemic. After the Big Ten made the decision to postpone the season, the conference received considerable backlash from players, fans and politicians — including President Donald Trump; Assembly Speaker Robin Vos, R-Rochester; and Senate Majority Leader Scott Fitzgerald, R-Juneau.

As previously reported, Trump contacted Big Ten Commissioner Kevin Warren earlier this month to discuss ways the White House could help the conference return to play, and several Nebraska football players sued the conference to have their fall season reinstated.

When asked how helpful Trump was in bringing the Big Ten season back, Alvarez said he drew attention to the issue, but didn't know how big of a role it played in bringing the players back to the field.

"I think one of the things he did was make saliva tests available and show returning to football and the Big Ten was important to him," Alvarez said. "So ... how much of a factor he was? I think he drew attention to Big Ten football and had a solution."

A Big Ten president told NBC News the president had no influence on the decision.

Updates on other fall sports and winter sports will be announced "shortly," according to the release.