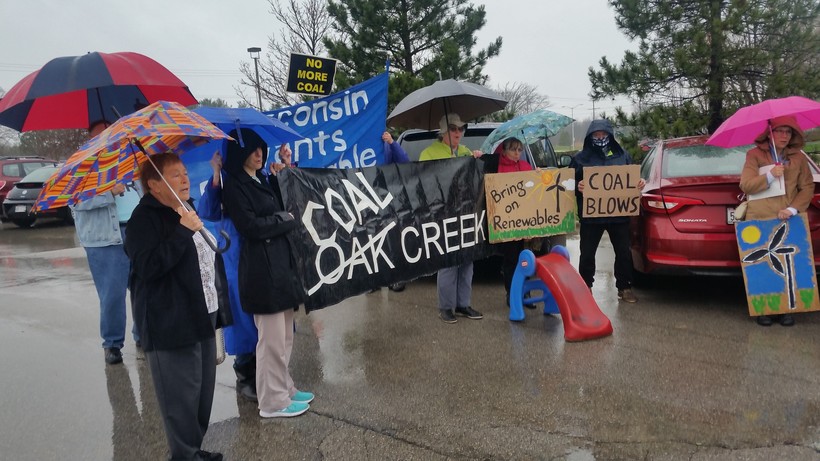 We Energies Shareholders Pepper CEO With Questions About Coal 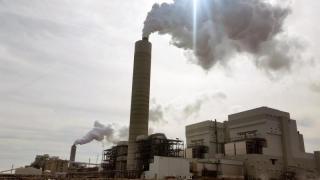 Environmental activists, including some who are We Energies shareholders, are keeping the pressure on the Milwaukee-based utility to reduce dust from coal piles and emissions from smokestacks at the WE Energies plant in Oak Creek. It's Wisconsin's largest coal-fired facility.

Members of the Clean Power Coalition-Southeast Wisconsin took advantage of WEC Energy Group's annual shareholders meeting in the Milwaukee suburb of Mequon Thursday, to hold a rally to protest the coal plant. WEC Energy is the parent company of We Energies. Signs at the rally included those saying "Bring On Renewables" and "Coal Blows."

After the rally, some coalition members who are also WEC stockholders participated in the meeting, quizzing WEC Chairman and Chief Executive Officer Gale Klappa during the question-and-answer portion of the session.

Miranda Ehrlich told Klappa that last weekend residents of a neighborhood just north of the Oak Creek plant had additional problems with dust blowing from coal piles, even though WE Energies recently made some changes in coal storage and is promising more improvements.

Ehrlich asked Klappa if the company had budgeted for future costs of lawsuits, medical care and possibly mortality compensation related to the coal dust.

"Do you have a projection of how many homes will be bought in the future and the potential cost to the company?" Ehrlich asked Klappa.

Klappa replied to first question saying epidemiologists have studied the coal dust situation and have not found it to be a major health concern — giving no basis for budgeting additional funds for future lawsuits.

On the buffer zone issue, Klappa said: "As opportunities have arisen, we have tried, as you know, to have more of a buffer around the plant. We've already got a pretty considerable buffer. But as opportunities arise, we'll certainly look at that."

Another shareholder, Terry Wiggins, pushed Klappa to close the Oak Creek plant, similar to how We Energies recently shut down its Pleasant Prairie coal-fired plant in Kenosha County.

"It's great you've shut down the Pleasant Prairie plant, and I'm wondering when you'll shut the Oak Creek plant, and build renewable energy to replace it?" Wiggins asked.

Klappa responded that We Energies is already the biggest investor in wind energy in Wisconsin, and has plans to open a 350 megawatt solar energy farm. But Klappa said closing Oak Creek, or converting it to cleaner-burning natural gas, is not in the cards right now.

Klappa added that it would take years, and hundreds of millions of dollars, to build enough gas transmission capacity.

He also noted that We Energies already has a goal of reducing carbon dioxide emissions 40 percent by 2030. He later revealed, to a third questioner, that  the company is looking at setting a larger emissions reduction goal for the year 2050.