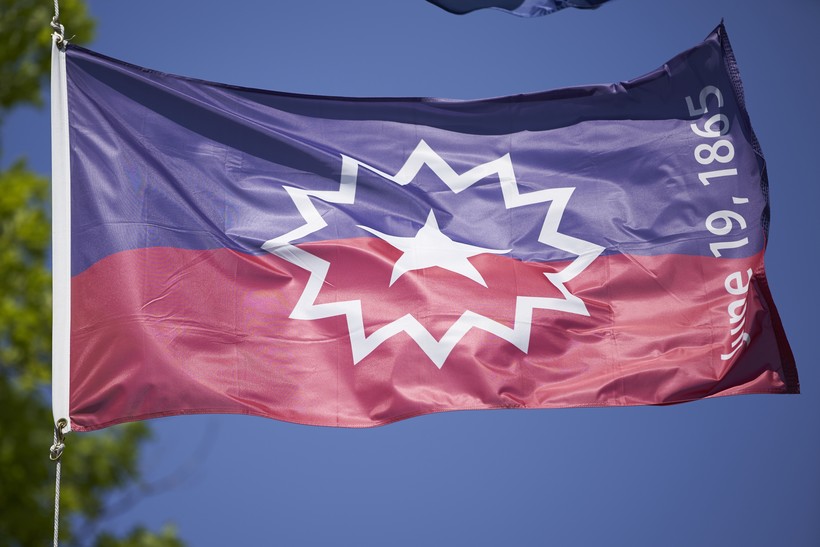 Two cities in central Wisconsin will have their first-ever Juneteenth celebrations Saturday. Organizers in Wausau and Stevens Point say the events commemorating the end of slavery in the United States are a part of a broader social justice movement ignited in the summer of 2020.

The holiday has long been widely observed in Black communities, but in recent years events have spread to new places and have been embraced by more people of all races. In central Wisconsin, organizers behind the two new events say everyone in the community is invited.

The Wausau Juneteenth celebration follows last year’s George Floyd March, part of a nationwide uprising of demonstrations that took place in the wake of the Minneapolis man's murder by police. In Wausau, that June 2020 protest event drew more than 1,500 marchers, making it one of the largest public gatherings in the city's history. One of the organizers, Kayley McColley, found that community support heartening and even exciting; the turnout far exceeded what she and other organizers had expected. But that march was also an expression of people's grief, anger and frustration.

"This time around, the catalyst is joy and celebration," McColley said. "Not that there isn't an educational component — but it's really about having a good time, being thankful for being free, for our resilience and Black people’s joy."

The event will include music and food, art and family activities for kids in the afternoon, followed by an open mic performance event in the evening that may include more mature themes.

In Stevens Point, the Juneteenth event is also the first of its kind in the city's history. Organizer Marion Schneider said it will have an educational bent, and will include Black-owned business vendors.

"Black people in small towns kind of get forgotten about a little bit," Schneider said. "It's a chance for me to bring awareness to some issues" that people like her face.

She also sees it as an opportunity, she said, for an event that "gets people to be together and celebrate something and realize we need all representation in our community to really make our community great."

There are similar events happening across Wisconsin, including a Green Bay parade, a concert and celebration in Appleton, a street festival in Milwaukee and events in Madison, Eau Claire, Fond du Lac and Sheboygan.

In Wausau, the event comes at the same time that a contentious debate about a diversity resolution has roiled the community and attracted a national spotlight. The Marathon County Board has spent months debating a proposal that would declare the central Wisconsin county a "Community for All," affirming the county's commitment to diversity. The proposal has attracted opposition from conservatives on the County Board, and unexpectedly became the subject of heated, hourslong debates. It was voted down by a county committee in May; proponents have said they plan to bring a revised version forward in the future.

The backlash against the "Community for All" resolution has shaken McColley and other people of color in the community, who see it as a step backward from the progress they perceived in 2020. Wausau, McColley said, "is just a contradiction sometimes."

Gwen Taylor, another organizer of the Wausau Juneteenth event, said embracing the community's growing diversity is the only way for a small city like Wausau to thrive.

"If we don't do something better to make our community members that are more marginalized populations feel welcome, and feel a sense of belonging, then we're not going to be able to retain them," Taylor said.

In fact, many members of minority communities living in small cities like Wausau spend time questioning whether they belong. Both Taylor and McColley say one purpose of holding a large, public, inclusive-to-all Juneteenth party is to create a space where Black people and people of all races are explicitly welcomed.

"That's why I feel so strongly and so passionately about the Juneteenth event," McColley said. "Because sometimes you just have to make that space for yourself."