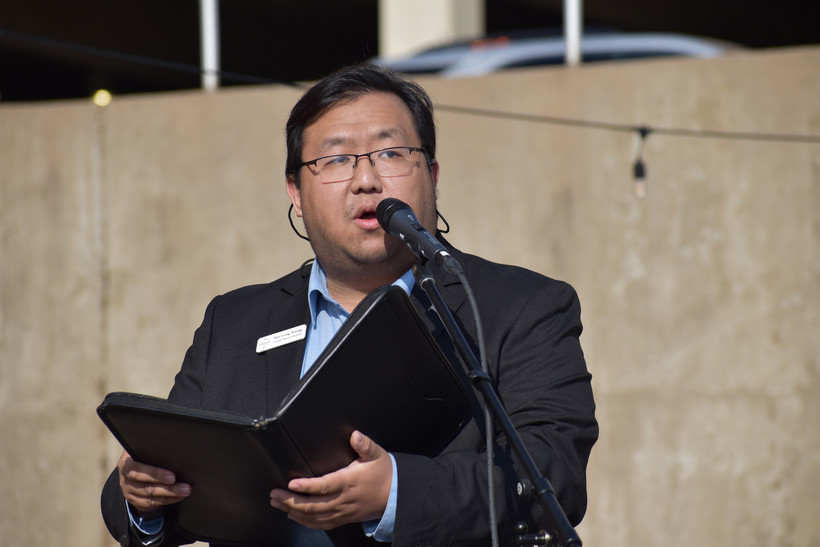 Yee Leng Xiong, chair of the Marathon County Diversity Commission, speaks at a town hall meeting on the county's proposed "Community for All" resolution, Thursday, April 22, 2021. The resolution has unexpectedly become a political flashpoint. Rob Mentzer/WPR

Is Marathon County A 'Community For All'? Diversity Resolution Becomes Debate Flashpoint

A diversity resolution has become a political flashpoint in central Wisconsin, attracting conservative opposition even as its proponents say it's simply meant to reaffirm basic values of openness and nondiscrimination.

The monthslong effort by elected leaders to declare Marathon County "A Community for All" is a sign of deepening political polarization around issues of race and diversity. Proponents say it's also an effort to build on the racial justice movement that started in the wake of the murder of George Floyd by a Minneapolis police officer in 2020.

"If you read the Community for All resolution, it's hard for me to see what's so offensive," said William Harris, a Wausau attorney who is the first Black person elected to the Marathon County Board in 2020. "People generally believe that discrimination is wrong, don't want to see hate in their community, do want to see a community that embraces all people."

Diversity is one of Marathon County's core values; a statement on the county's website says that means "actively welcoming and valuing people with different perspectives and experiences."

The nonbinding Community for All resolution would declare the central Wisconsin county "an open, inclusive, and diverse place to live and work." It's attracted support from community nonprofits including the United Way of Marathon County and The Women's Community, a domestic violence shelter, and from many residents and elected officials.

Critics of the resolution object to its use of the word "equity" instead of "equality," and position it as part of a broader left-wing movement.

And Marathon County is not the only community where seemingly inoffensive resolutions intended to condemn hatred or endorse diversity have become the subject of debate.

In Appleton, the City Council last week declined to pass a resolution "condemning xenophobia, racism, and violence against the Asian-Pacific Islander-Desi-American Community," instead sending the resolution back to committee. In Door County, officials spent six months working on a resolution to declare racism a public health crisis; the county board eventually passed, by a single vote, a version of the resolution one elected official called "a watered-down, garbage resolution that just makes us look and feel good, when in reality, we did nothing." 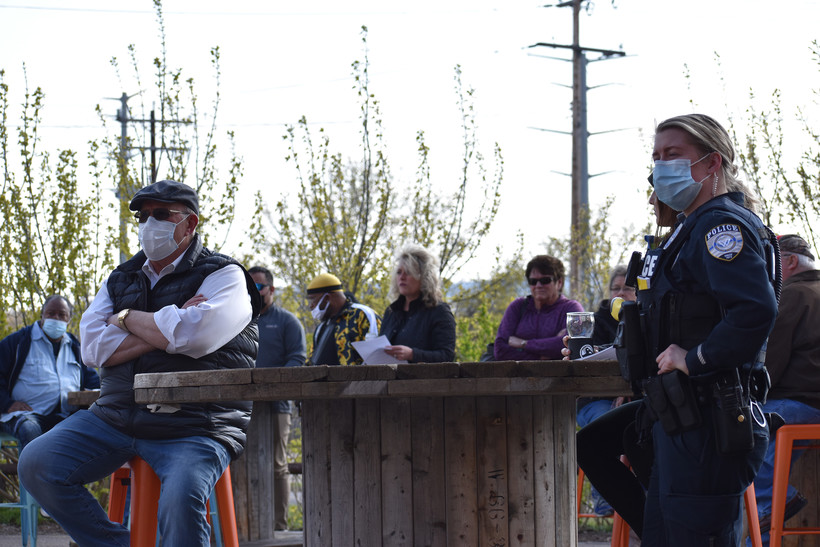 A member of the Wausau Police Department was among the audience members at a town hall meeting on Marathon County's proposed "Community for All" resolution, Thursday, April 22, 2021. Rob Mentzer/WPR

At a Thursday town hall meeting on the resolution in Wausau, speakers who favored the resolution outnumbered those who opposed it roughly two-to-one. But the two-hour, outdoor meeting included speakers who called it divisive, challenged the notion that racism existed in central Wisconsin and called on leaders to oppose the resolution. One speaker said he was "sick and tired of being called a white supremacist." Another said the discussion was aimed at proving "that being the white male that I am, there's something wrong with me."

Jack Hoogendyk, chair of the Republican Party of Marathon County, said the resolution is "critical race theory in its infancy," and went on in remarks at the town hall to describe the academic and legal movement as a Marxist ideology that "would mean the end not only of private property but also of individual rights, equality under the law, federalism and freedom of speech."

Defending those values, said Hoogendyk, "starts with saying, 'No, thank you,' to this resolution."

At a County Board meeting in February, a public commenter said the resolution "leads to soft totalitarianism." Later that month, a resolution simply to recognize Black History Month attracted debate and as many as 12 of the County Board's 38 members voted against it. The board did not record a roll-call vote. 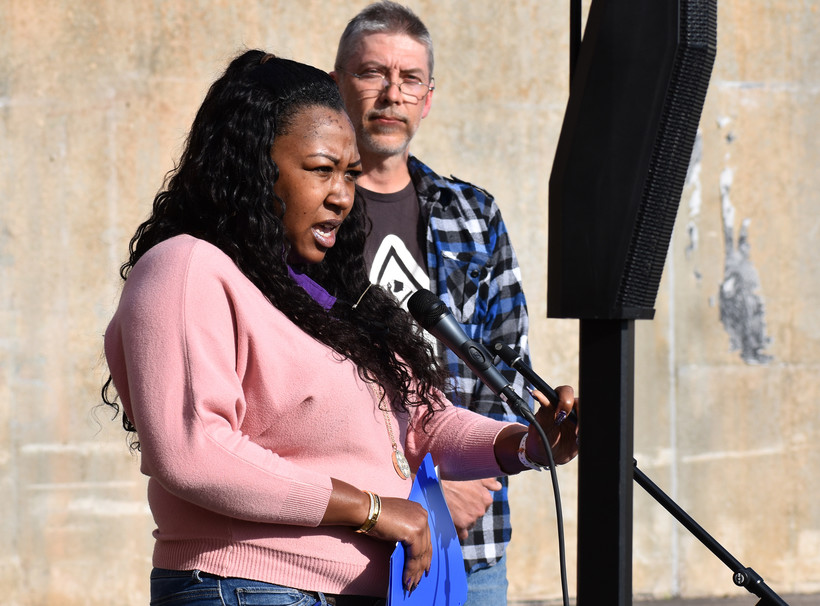 The high rhetorical temperature is perplexing to some of the resolution's supporters. Marathon County Board member Bill Conway, who is white, said one of the goals of the resolution is to straightforwardly promote the county's economic development.

"No one's going to bring their business here if they think your county is full of bigots," Conway said.

Nor is it strictly a matter or rural vs. urban politics. Hoogendyk is a Wausau resident; a rural weekly newspaper, the Edgar Record Review, editorialized against viewing the fight in those terms.

But it's become an issue with an emotional charge beyond the County Board's usual work on land use, agricultural regulations and rural broadband. At the town hall meeting, La’Tanya Campbell, a member of the diversity commission, said she wants to see the resolution pass "for the community to see me, to seek to understand my experiences as a Black woman, to validate how I feel and to take an extra step in saying that we want you here, we welcome you, we embrace you as part of our community."

The resolution is expected to come to a vote at the County Board in May.