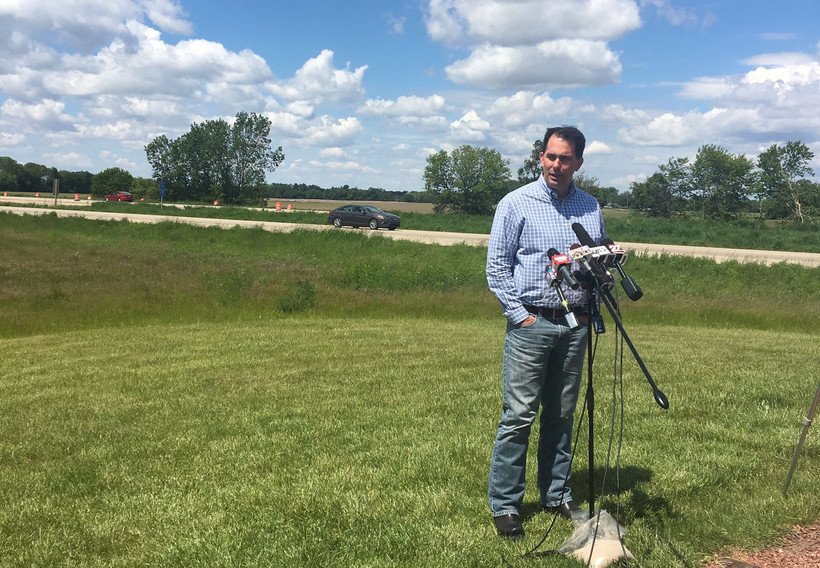 Gov. Scott Walker at a roadside press conference Tuesday, May 30, in Beloit.

Walker Open To Interstate Tolling, If It Reduces Gas Taxes

Gov. Scott Walker said Tuesday he's open to introducing tolling to some Wisconsin interstates, but only if it would reduce taxes.

Lawmakers have been debating adding tolling to Wisconsin interstates for years, and the discussion has cropped up again as the 2017-2019 state budget process heats up.

At a roadside press conference on Tuesday in Beloit, the governor said he's open to the idea of tolling, with one requirement.

According to numbers released last year by the state Department of Transportation, tolls could generate $372 million a year after covering operating costs, accounting for an average toll of 4 cents per mile.

Wisconsin would have to get permission from the federal government to begin building tollways. That means the state wouldn't start making money from the system until the next budget cycle, at the earliest.