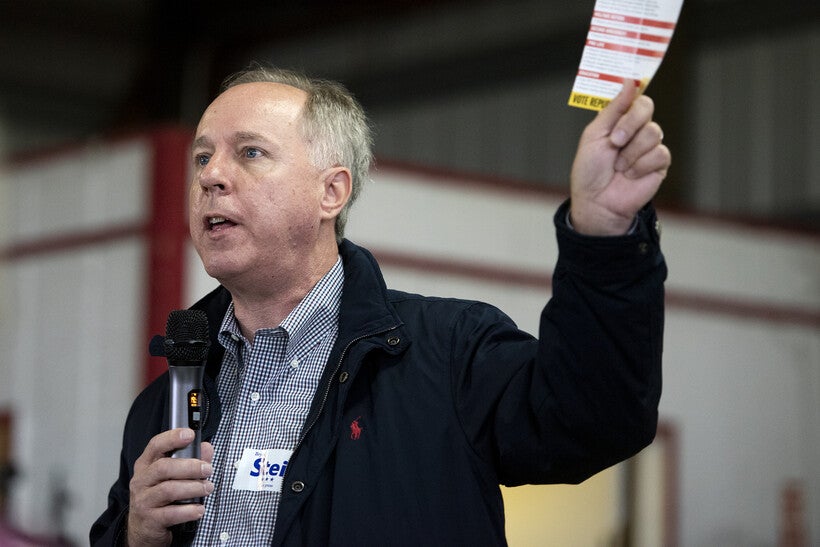 The US House panel wanted to talk to Vos about his recent conversation with former President Donald Trump
By Shawn Johnson
Share:

Republican Assembly Speaker Robin Vos is suing the U.S. House's January 6th Committee after the panel subpoenaed Vos to answer questions about a conversation he had with former President Donald Trump.

The Select Committee to Investigate the January 6th Attack on the United States Capitol issued the subpoena to Vos on Friday, instructing Vos to sit for a deposition Monday. A spokesperson for Vos said the deposition had been canceled.

Accompanying the subpoena was a letter to Vos from U.S. Rep. Bennie Thompson, D-Mississippi, who chairs the January 6th Committee.

"The Select Committee's investigation has revealed you have information relevant to its inquiry. Specifically, it has been publicly reported that in July 2022, you received a telephone call from former President Trump in which Mr. Trump asked you to take measures to change the result of the 2020 Presidential election in Wisconsin," read Thompson's letter. "The circumstances and details regarding your interactions with former President Trump related to the 2020 election are relevant to the Select Committee's investigation."

Thompson's letter referenced an interview Vos conducted with WISN-TV in July when he said Trump had called him urging him to try to decertify the state's presidential election results, a move election law experts say is impossible. Vos has repeatedly rejected calls to decertify, a stance that has put him at odds with Trump and others in the GOP base.

In a written statement provided by his office, Vos said he was surprised to receive the subpoena.

"My conversation with former President Trump took place many months after January 6th and has been about his concerns regarding issues in Wisconsin with the way the 2020 election was handled, a fact that has been publicly documented on numerous occasions in the media," Vos said. "Given how close we are to the midterms, this subpoena seems to be more about partisan politics than actual fact-finding."

Vos filed a lawsuit in the U.S. District Court for the Eastern District of Wisconsin seeking a declaration that the subpoena was invalid and unenforceable. Judge Pamela Pepper scheduled a status conference for the case on Tuesday.

A spokesperson for the January 6th Committee did not immediately respond to a request for comment Monday. The Committee is scheduled to hold its next hearing Wednesday.