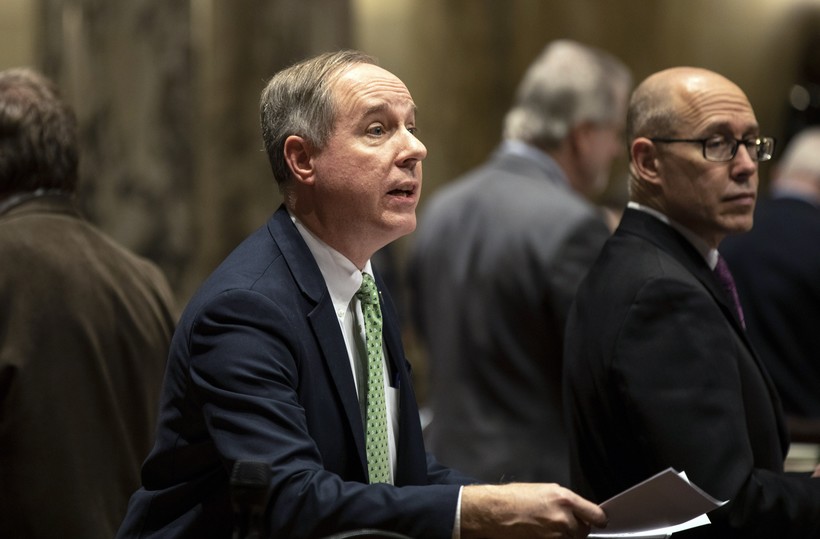 The governor had proposed an 8-cent-per-gallon increase to the state gas tax to partially fund additional road work. But instead of raising the gas tax, the GOP plan would increase a number of vehicle-related fees, including a $95 increase to title fees.

Vos told WPR's "The Morning Show" Monday that while he personally supports an increase in the gas tax, the title fee increase is a sustainable way to raise revenue for roads that's "reasonably priced" for residents.

"It's a fee that only hits you when you sell or buy a car," Vos, R-Rochester, said. "For most people, that's not more than once every five years, so it's actually going to be less expensive for a Wisconsin driver than it would be if we raised the gas tax."

Lawmakers are continuing their work on the state budget this week, including capital projects for the University of Wisconsin System.

The governor called for more than a billion dollars for UW System projects.

While Republican lawmakers have opposed that level of spending, Vos said his caucus does recognize the need to update and improve infrastructure on UW campuses.

"I think there's a good program in Eau Claire, there's another opportunity for us to do some projects at UW-Milwaukee and UW-Parkside," he said. "I think we will show that we care about investing in the UW System, but we want to do it in a reasonable way."

The governor has said the capital spending in his budget is necessary to make up for projects that were put off in past budgets.

Capital spending is separate from the operating budget.

The JFC voted to increase the UW System's operating budget by about $58 million, which is about $70 million less than Evers proposed.