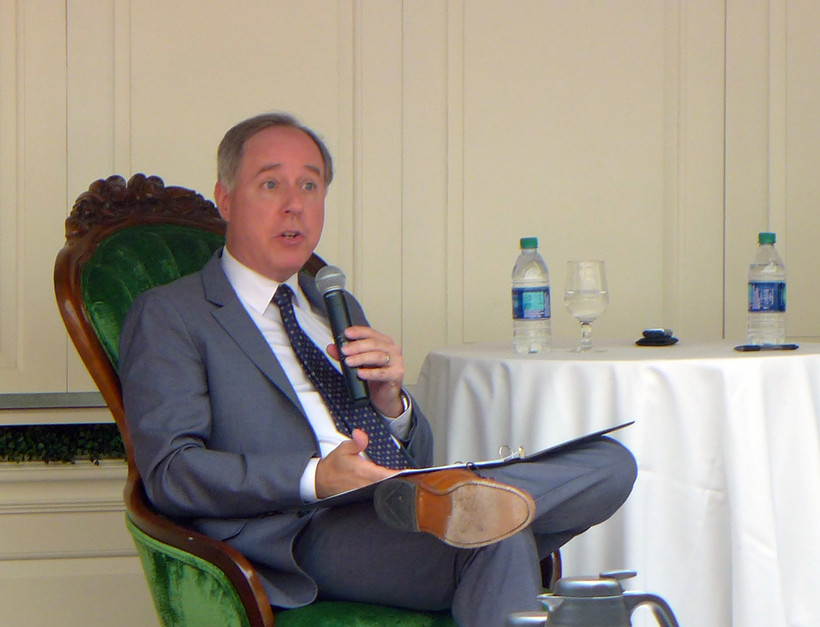 Assembly Speaker Robin Vos, R-Rochester, says Republican-backed increases in vehicle title and registration fees will be offset by a tax cut GOP lawmakers will unveil this week. Republicans are planning to include a roughly $400 million income tax cut in the state budget.

Speaking at a Wisconsin Health News forum in Madison on Tuesday, Vos anticipated the Republican-controlled Legislature could pass the full state budget and have it on Democratic Gov. Tony Evers’ desk by the end of June.

Evers has not ruled out vetoing the budget that Republicans have largely re-written after the governor submitted his proposal in February. Vos said that could jeopardize health care increases that both parties support like money for critical care hospitals and nursing homes.

"So if, for some reason, Gov. Evers vetoes the entire budget, I assume some of the (health care) increases we have given would be harder to get through a second time (after a veto)" predicted Vos, who said any possible override votes would not come until fall.

The state will continue operating under a previously-passed budget if the budget for the next two years isn’t signed into law by June 30.

Evers campaigned on increasing health care access by expanding Medicaid with federal dollars and getting Wisconsin out of a Republican-led lawsuit against the Affordable Care Act. Vos noted that Evers accomplished the latter.

"So he got a win and because of that we know probably Obamacare isn’t going away," Vos said. "It wasn’t able to be repealed by the federal government. Whether I like it or not that Obamacare is there, we might as well utilize it for the best interests of our citizens."

Instead of expanding Medicaid to what the administration has estimated to be 82,000 people, Vos said many should be buying private insurance on the ACA marketplace which is supported by federal subsidies.

Expanding Medicaid using federal dollars was a key element of Evers' budget proposal. The federal government picks up a greater share of Medicaid costs under expansion, which could free up an estimated $324 million in Wisconsin's next two-year budget.

Republicans on the the Legislature's budget committee promptly removed Evers plan. Vos said Thursday the state needs to keep Medicaid in check, not grow the program.