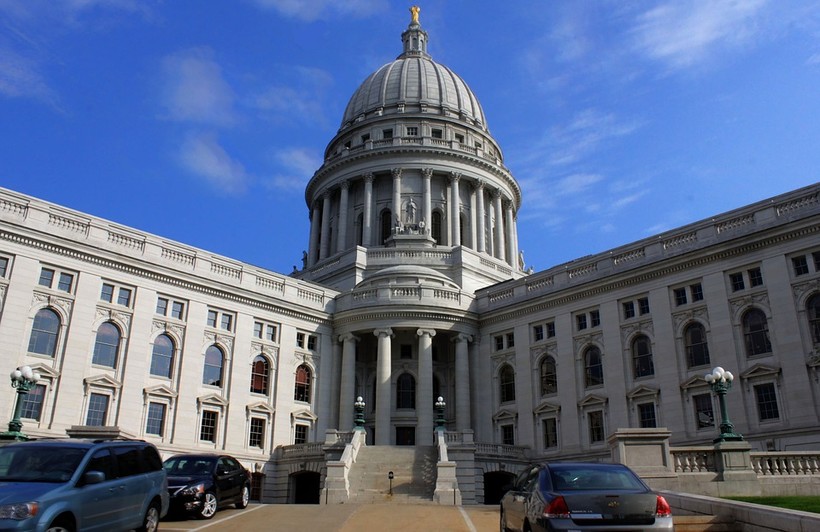 Vos Challenges Businesses To Offer Their Own Road Funding Fix

Speaker Asks Coalition That Helped Kill Trucking Fee To Come Up With A Transportation Plan By Monday
By Shawn Johnson
Share:

Assembly Speaker Robin Vos pushed back Wednesday against 17 businesses and business groups that helped kill a proposed fee on heavy trucks, calling on them to come up with their own road funding fix by Monday.

Vos said last week that the mileage-based fee on heavy trucks could be part of a potential budget solution. Early estimates showed it could generate $138 million dollars in revenue per year for the state's transportation fund. But the plan sputtered following strong opposition from the business coalition, which included the Wisconsin Motor Carriers Association, Wisconsin Manufacturers and Commerce and Walmart among others.

In a letter to the groups, Vos, Assembly Majority Leader Jim Steineke and Joint Finance Committee Co-Chair John Nygren listed several projects that could be delayed if the state does not close a roughly $1 billion transportation shortfall.

"Time is of the essence," the letter wrote. "In order to be considered part of a potential solution, we ask that you please get back to us by Monday, July 10 with how you would propose to close the $1 billion deficit so we can upgrade the roads that you depend on to run your businesses."

Wisconsin Manufacturers and Commerce lobbyist Scott Manley responded to the letter in a written statement, saying WMC accepted Vos' invitation to provide ideas but that lawmakers needed to talk more about spending cuts at the Wisconsin Department of Transportation.

"WMC is pleased that the punitive tax on heavy trucks appears to be dead," Manely wrote. "Wisconsin is already overburdened by taxes."

Earlier this week, Vos challenged Senate Republicans to come up with ideas to fix the roads budget. A spokeswoman for Senate Majority Leader Scott Fitzgerald said they were meeting privately to discuss the budget Thursday.