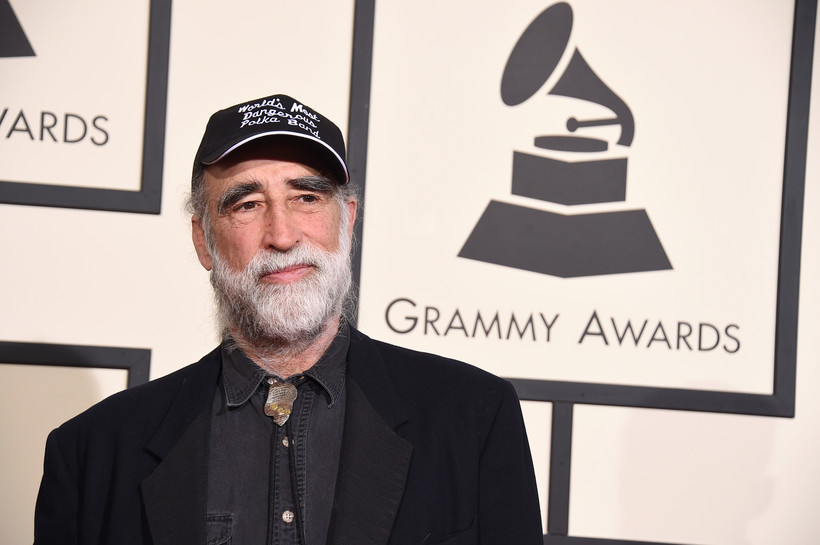 'Alpine Dreaming' A Compilation Of Songs Brought To US By Swiss Immigrants Longing For Home
By Melissa Ingells
Share:

Jim Leary, a University of Wisconsin-Madison professor emeritus, is up for his second Grammy Award in the category for Best Album Notes. This time he's been nominated for his work on an album called "Alpine Dreaming."

"Alpine Dreaming" is a collection of tracks from a tiny Swiss-American record label started by an immigrant merchant named Ferdinand Ingold, who came to Wisconsin from Switzerland in the 1920s. Where the recordings were made is not known for sure. Neither are the identities of some of the performers. Leary said the disks were bought by other Swiss immigrants longing for the sounds of home.

He recently visited the WPR studios to talk to "Morning Edition" host Melissa Ingells. He began by reading the first paragraph of the album notes.

James Leary: Displaced peoples dream, and their dreams are made of regret and resolve, of homeland hearths abandoned, and lamps lit above golden doors — of what was left, and what looms.

Melissa Ingells: Why did you choose to start the notes that way?

JL: The Swiss people who came were coming for economic reasons, just like people are often coming today and sometimes in difficult circumstances. They have dreams, and their dreams often are of the beauty of the place that they had to leave, and what they hope might happen to them.

And on this production, there are a lot of songs that have to do with how gorgeous and grand and exciting it is to be cavorting in the Alpine regions of Switzerland. But the people who are singing that are working 12-hour shifts, six days a week, in windowless factories. And maybe on Saturday night, they go to a Swiss hall where there’s a painted backdrop behind them of the beautiful mountains. And they sing these songs.

MI: This is the only set of liner notes that I’ve ever read that really reads like a book. You’ve got three parts — the label, how that came about; the people that sang on the label; and then the attempts at finding out where all this was recorded.

JL: Yeah, that was a tremendous challenge and there’s a paradox.

You know these ancient recordings made with acoustic formats, pre-electrical formats — if it wasn’t for the digital era we’re in, you could not do the research. And I did have to interview people and go to local archives and so forth. But I also had to enlist people who could transcribe and translate the lyrics. And they’re in English, but broken English, they’re in standard German, they’re in various Austrian and Tyrolean dialects and they’re in various Swiss dialects. And those dialects are not written languages. And so I got help from people not only in the German/Nordic/Slavic department here at the UW campus, but also from friends in Austria, Switzerland and Germany.

MI: For someone who perhaps isn’t from Wisconsin, and isn’t Swiss, what about "Alpine Dreaming" do you think would be of value to a listener who’s just walking into this cold? Or a reader, for that matter.

JL: If people are interested in old-time country or some aspects of African-American music that you can hear in the singing of people like Howling Wolf, or, earlier, the Mississippi Sheiks — yodels come into that.

And in the mid-19th century there were a bunch of Tyrolean and Swiss singers who were kind of like The Beatles during the British Invasion. They toured all over the place. Close harmony duet singing with stringed accompaniment and also yodeling in its various permutations took hold in American life.

So the present existence of those phenomena is the legacy in many ways of people from the Alpine regions of central Europe. And you can kind of hear it all in these amazing recordings.