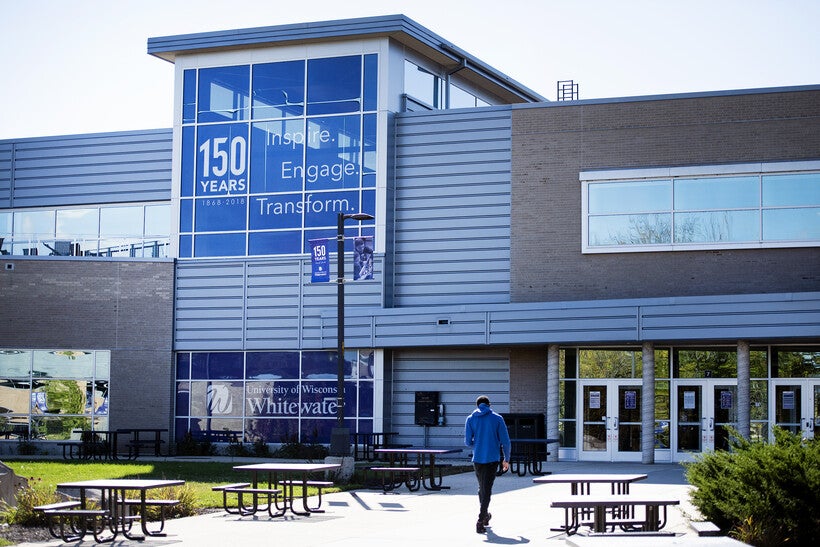 A search will soon begin for a new chancellor at the University of Wisconsin-Whitewater who can provide "stable leadership" at the campus, which has had four chancellors since 2018.

A UW System press release May 18 announced the creation of a 12-member search and screen committee that will gather potential candidates to find a long-term chancellor to lead the UW-Whitewater campus. The committee, named by UW Board of Regents President Edmund Manydeeds, includes regents, students and campus instructors.

"This is a critically important search," Manydeeds said. "The students, faculty and staff of UW-Whitewater have been resilient and dedicated, and they deserve stable leadership."

The search committee announcement comes more than a month after former UW-Whitewater Interim Chancellor Jim Henderson abruptly resigned, citing a lack of support from UW System administration amid plans to survey students at every state university about whether they feel campuses support freedom of speech and freedom of expression.

Republican state lawmakers have claimed viewpoints of conservative students and employees are stifled on college campuses and have introduced legislation that would punish universities and allow members of the UW Board of Regents to be sued if a court finds free speech rights were violated.

Meanwhile, another chancellor hire has been met with some criticism from state lawmakers. On May 16, the UW System named Jennifer Mnookin, dean of the University of California, Los Angeles School of Law, as the next chancellor of the UW-Madison. The selection was made by a unanimous vote of the UW Board of Regents, which includes appointees named by Democratic Gov. Tony Evers and former Republican Gov. Scott Walker.

Reez Bailey, vice president of the campus' student government group, Associated Students of Madison, said Mnookin's hire has been a transparent process, and it's unfortunate legislators are already attacking her.

"We're really disappointed that she's already being discounted before she starts her job for what is clearly a blatant political attack that has no grounding in anything that she's done as chancellor, because she hasn't done anything as chancellor yet," Bailey said.

But despite the turnover in UW-Whitewater's chancellor's office and the GOP criticism of the latest UW chancellor pick, Tracy Hawkins, a UW-Whitewater professor and faculty senate chair, said she and others on campus are optimistic about the upcoming search.

"I hope that the candidates who are interested in this position do their research so that they know what they're coming into," Hawkins said. "But I think that the situation here is really ripe for a great leader who can really advocate for the students of UW-Whitewater and the citizens of Wisconsin in general as deserving of access to high quality education that includes a variety of viewpoints."

"It's hard to run a large organization in the middle of a war zone," Hartle said.

He said lawmakers politicizing the selection of public university leaders can have two impacts: "First, you will find many people simply deciding, 'You know what, I don't think I want to be a university president,' and we will lose an awful lot of very talented people that way," Hartle said.

"Second thing that will happen is people will leave presidencies more quickly than they might otherwise."

Henry Stoever, president of the Association of Governing Boards of Universities and Colleges, said if candidates interested in applying for university chancellorships or presidencies perceive lawmakers as hostile to them, "Why would you want to take a job if you get it?"

"And therefore, the university's talent pool may be limited, which ultimately is not what the search committee is looking for, because search committees want to ensure the broadest access to the highest quality work possible," Stoever said.

The national search for UW-Whitewater chancellor candidates is expected to begin July 1.