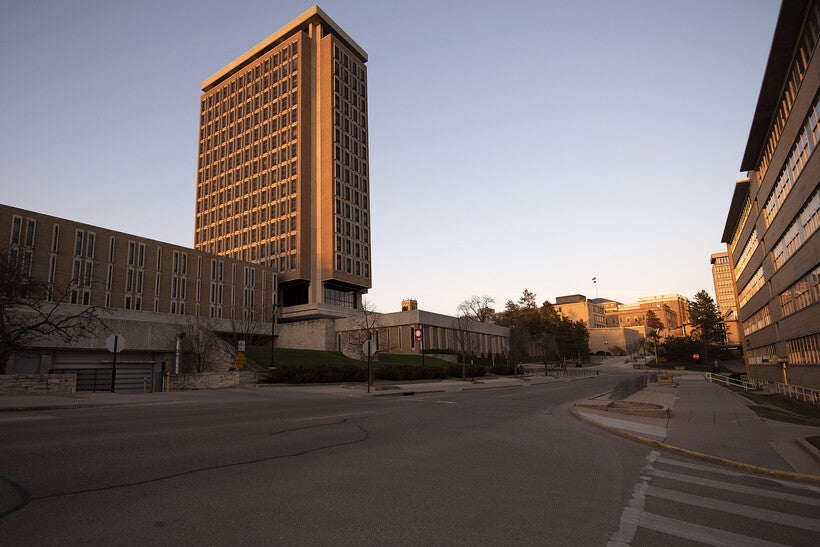 A bill aimed at punishing colleges and universities for violating free speech and academic freedom rules set by Republicans has passed a legislative committee by a party-line vote. This comes after a GOP author amended the legislation to remove provisions that were potentially unconstitutional.

The legislation also requires colleges to survey students annually about First Amendment rights, academic freedom, whether they feel there is perceived political bias at their school or the "campus culture promotes self-censorship."

If anyone feels a college or university violated their rights, the bill allows them, a district attorney or state attorney general to sue the University of Wisconsin Board of Regents or a technical college district board. If a judge rules against a college, the court must award a minimum of $500 in damages and a maximum of $100,000 in damages to plaintiffs.

In addition to financial penalties, if a school violates the bill's regulations, it will be required to notify incoming students that it has "violated the free speech or academic freedom provisions in the Wisconsin statutes."

The bill passed by the Assembly Colleges and Universities Committee on Thursday looked different from the original legislation introduced Dec. 2.

An amendment offered by Rep. Cabral-Guevara removed aspects that were potentially unconstitutional, including a provision that would have allowed legislative committees, like her own, to rule on alleged violations. The amendment also removed a proposal to block state grant funding for scholarships from going to schools found to have violated free speech rights.

During a Dec. 8 public hearing on the bill, an attorney with the nonpartisan Wisconsin Legislative Council said lawmakers giving themselves judicial authority "very well could be subject to separation of powers issues" and that "it's kind of questionable" whether a legislative committee could restrict financial aid to colleges.

During a meeting of the Assembly Colleges and Universities Committee on Thursday, Rep. Katrina Shankland, D-Stevens Point, said the legislation is unnecessary because First Amendment protections already exist at the federal and state level. She also pointed to a 2017 UW Board of Regents policy that punishes students for repeatedly violating free speech rights of others.

"So, at the end of the day, I do think at least some of the bill authors were more interested in putting forward a bill that was designed to be political and furnish political talking points during the year 2022, to which you can conclude pretty reasonably that it has more to do with outside the building politics than it certainly does within making laws," said Shankland.

Cabral-Guevara pushed back, saying the legislation is needed due to genuine concerns from constituents who said they feel campus environments stifle free speech rights of conservative students or teachers.

"I hope that students and instructors will have a platform in the future, no matter what side you stand on and where you stand, to speak freely their passions and their desires (and) their concerns on the campuses that are supported here in Wisconsin," said Cabral-Guevara.

"But there are some that are abusing their position where they're supposed to be encouraging free thought and open discussions," said Moses.