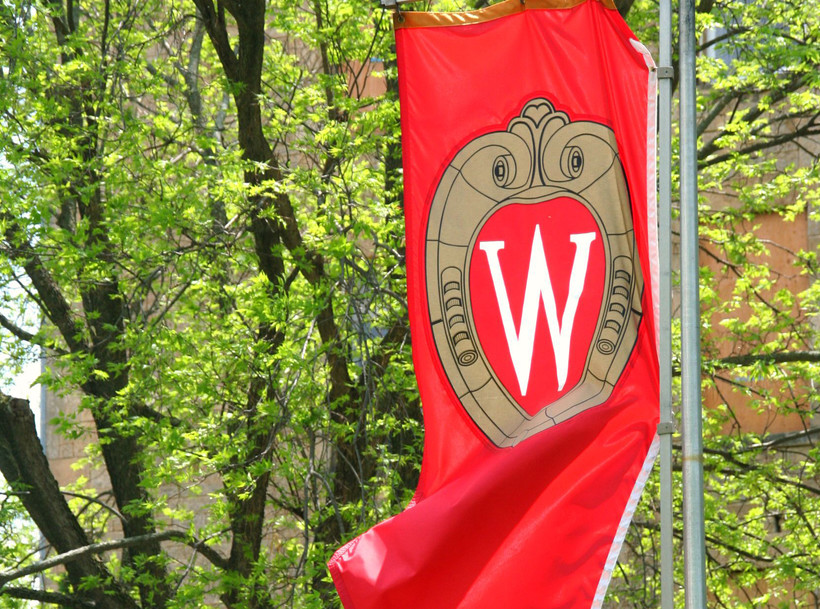 University of Wisconsin System President Ray Cross is proposing merging the state's two-year schools with its four-year campuses in effort to boost enrollment.

They say the merger will make more classes available to two-year students, make their degrees more attractive and ease transfers to the four-year schools.

The move is designed to bolster two-year school enrollment, which has dropped 32 percent between 2010 and this fall.

"Change often produces uncertainty, but we cannot be afraid to pursue needed reforms. We must restructure these two organizations given the state’s demographic challenges, budgetary constraints, and the need for closer alignment between research and practice," said Cross in the release. "We want to leverage the strength of our four-year institutions at a time when overall enrollments at UW Colleges are declining. Our goal is to expand access and provide more educational opportunities for more students, while ensuring our faculty are appropriately organized and supported. We are committed to making the transition as smooth as possible for students, faculty, and staff."

The UW System has about 180,000 students on 26 campuses across the state. There are 13 two-year campuses that make up UW Colleges and 13 four-year universities.

All two-year colleges will become branches of designated universities.

UW System institutions across the state have made cuts to workforce, courses and consolidated positions after a $250 million funding cut in the 2015-17 state budget.

Cross told WPR that restructuring would "not directly" mean faculty and staff cuts. He said a number of UW colleges have already been adjusting programs and evaluating faculty and staff needs in light of reduced enrollment.

"The cuts in the past couple of years on campuses have been going on, and this is an effort to help improve the way we deal with that. But it's not intended in any way to produce layoffs or changes in employment directly," Cross said.

Cross said the restructuring will also combine support services, like hiring and payroll, within the campuses.

"These will be integrated in a way that ultimately the support services and the administrative services that are needed will be a part of a single institution," Cross said.

The changes would look as follows:

UW-Superior, UW-River Falls, UW-Stout, UW-La Crosse and UW-Parkside are not being coupled with a college.

The following divisions of UW-Extension would be part of UW System Administration:

The plan would go into effect July 1, 2018, according to the news release.

Carla Rabe, campus administrator for UW-Manitowoc, said she views the restructure as an opportunity for students at her campus.

"We have many students that are place-bound and we’re an access institution," Rabe said. "With the decline in enrollments, the opportunity for additional students to gain an education is just wonderful."

Rabe said it's too early to tell whether the campus will see cuts to faculty or staff under the consolidation. But she said the college has already undergone a restructure over the last two years because of declining enrollment.

According to the UW System, demographic trends show enrollment challenges are not going to improve drastically in the coming years.

By 2040, 95 percent of Wisconsin's population growth will be age 65 and older. The population of people age 18 to 64, a working age, will grow by 0.4 percent, according to the news release.

While it's not the sole solution to flat growth in the labor force, Cross said he hopes the change will bring more people to UW programs and ultimately to Wisconsin employers.

"This restructure is not going to make families have more kids or somehow magically attract 18 to 25 year olds to the state or older," Cross said. "This is an effort for us to more effectively concentrate our efforts to serve those that are here."

Cross will present the plan to the Board of Regents next month. 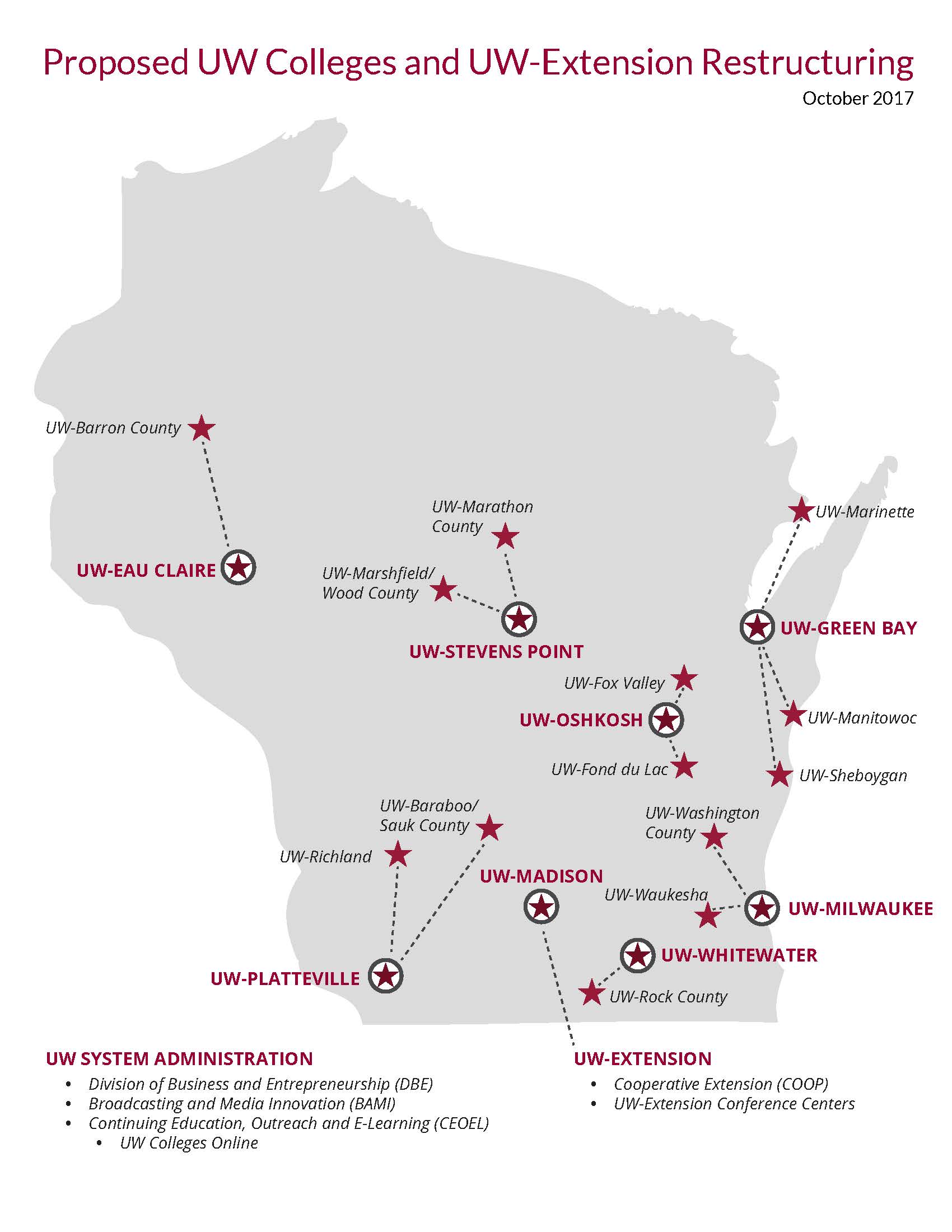 Editor’s Note: Wisconsin Public Radio is a service of the University of Wisconsin-Extension and the Wisconsin Educational Communications Board. This story was last updated at 3:42 p.m. Wednesday, Oct. 11, 2017.