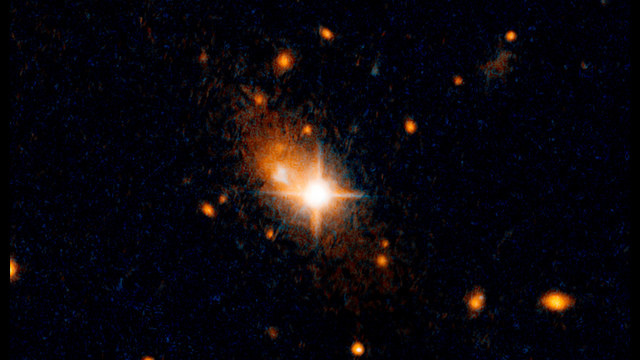 Scientists at the University of Wisconsin-Milwaukee say they're excited about this year's Nobel Prize in physics being awarded Tuesday to two researchers from California, Barry Barish and Kip S. Thorne, and Massachusetts scientist Rainer Weiss. The Milwaukee campus helped the award-winners with a major breakthrough.

That breakthrough was the observation in 2015 of gravitational waves, caused by the far-away collision of two black holes, about a billion years ago. UW-Milwaukee physics professor Patrick Brady led a local team that figured out how and what to look for, in the data collected by two giant observatories known as Laser Interferometer Gravitational-Wave Observatory, or LIGO. Brady said he's proud of that role.

"The data itself is incredibly noisy. It's like being in a very big space with a lot of people talking at the same time," he said. "And, what we have to do is dig out the sound that corresponds to just the type of signal we want."

A black hole is a location in space where gravity pulls so much that even light can't get out. Brady says the scientific community is still trying to predict what technological advances may come from the detection of gravitational waves. Meanwhile, he said, the Nobel Prize for the researchers elsewhere, is like icing on the cake of the 2015 discovery.

Brady will give a lecture, "When Black Holes Collide: Gravitational Waves and the Discovery of the Century," Friday evening on the UW-Milwaukee campus. He's also expected to talk about the Nobel Prize.