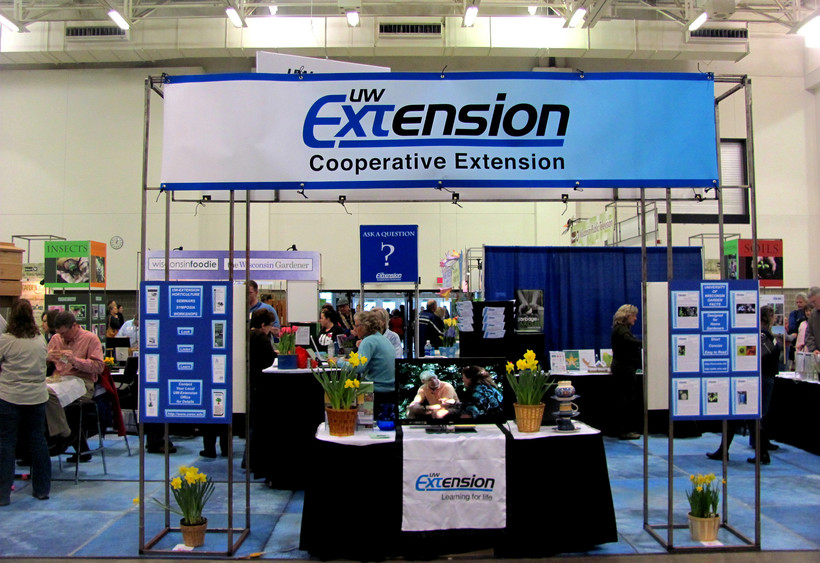 UW-Extension had 45 out of 188 faculty either retire or resign in the last fiscal year, according to UW System's fiscal 2018 faculty turnover report. Karl Martin, dean and director of Cooperative Extension, said the higher rate of turnover was due to faculty who took advantage of buyouts.

"It was really an internal restructuring that has been in place since 2015. We took a couple years to design that restructuring and full implementation took place in 2017 and 2018," said Martin. "As part of that restructuring, we knew we needed to reduce our budget outlay, and one of the tools we used was this early incentive package for faculty to retire."

UW-Extension has been dealing with a $3.6 million cut as part of the $250 million reduction in state funding to UW System under the 2015-2017 state budget. Approximately 90 percent of UW-Extension’s budget funds salaries for employees.

Martin said they offered tenured faculty six months’ salary in a lump sum payment. He said the number of faculty who left in 2018 was an anomaly.

"I don’t foresee us to experience that type of turnover moving forward," he said.

UW-Extension has cut 90 faculty positions since 2011 according to UW System faculty turnover reports, the majority of which occurred after lawmakers approved budget cuts in 2015. Cooperative Extension is becoming a part of UW-Madison under the UW System restructuring. Martin said he doesn’t foresee any drastic increases or decreases in staffing. However, he said Extension is no longer in deficit spending and has hired around 100 positions over the last 18 months.

UW-Stevens Point is among other UW institutions that have been impacted by state funding cuts, as well as tuition freezes and declining enrollment. The university is facing a roughly $5 million shortfall. UW-Stevens Point had 34 of 324 faculty retire or resign in the last fiscal year. Greg Summers, provost and vice chancellor for academic affairs, said the university’s turnover rate was also due to faculty taking advantage of separation incentives.

"We had 22 retirements in that year, and I think most, if not all, of those were related to the voluntary separation program," he said.

Other campuses like UW-Eau Claire and UW-Superior offered buyouts to faculty and staff during the 2015-2017 budget as one way to deal with cuts. Turnover rates for UW-Eau Claire have been trending downward and were cut in half in the 2018 fiscal year after witnessing around 11 percent and 10 percent turnover in the previous two fiscal years when 79 faculty retired, resigned or were not renewed. Turnover rates for UW-Superior declined to around 7 percent after experiencing turnover rates of 13 percent and 9 percent when 23 faculty left over the same timeframe, according to UW System turnover data.

"I would say that it’s not a panacea for the issues that we’re grappling with, but it certainly helped. We’re looking to take advantage of every opening, not just in the faculty, but in our academic and university staff across campus, looking to find budget savings wherever we can," he said. "We certainly prefer to see those separations be voluntary rather than involuntary, so it has been helpful."

However, Summers said they’re no longer offering the separation incentive program. All faculty and staff had to step forward to take advantage of those offers by last spring. About six to 10 faculty positions may be eliminated after the university proposed cutting six majors this fall, including French, German and history. The proposal is still being reviewed and Chancellor Bernie Patterson will make recommendations to the Board of Regents in March. Summers said the university is having budget conversations outside of those programs on campus, but he said no final decisions have yet been made. He cautioned people about the fluctuation in turnover rates at UW campuses.

Faculty make up roughly one-third of around 1,100 people employed at UW-Stevens Point.

Editor's note: Wisconsin Public Radio is a service of the University of Wisconsin-Madison and the Wisconsin Educational Communications Board

A previous version of this story said the university is cutting six majors. The story was updated at 4:48 p.m., Thursday, Dec. 20, 2018, to reflect that UW-Stevens Point is still reviewing the proposal to eliminate programs.