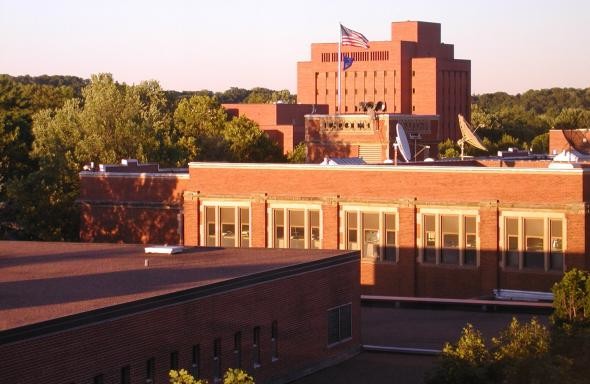 Campus Has Lost 15 Percent Of Its Workforce To Buyouts, Layoffs
By Rich Kremer
Share:

Last spring, University of Wisconsin-Eau Claire Chancellor Jim Schmidt got word that, as part of $250 million in GOP-backed cuts to the UW System, his campus would be hit by a 16 percent reduction in state aid. It was the third-largest cut of all UW schools.

When combined with a deficit from the previous campus budget and a decline in enrollment, the home of the Blugolds faced a shortfall of more than $12 million. To free up some money, Schmidt announced he would offer incentives for older faculty and staff to retire early.

"The voluntary separation program was formed after a program we’d seen used successfully in Minnesota, and Eau Claire was the first one to develop and implement that program," Schmidt said. "About half of the UW schools ended up doing that."

While the early retirement program has helped the university reduce costs, it has also left members of the campus community with varying opinions about whether the savings are worth the costs.

Among the 98 faculty and staff who took early retirement at UWEC were Terry and Liz Chmielewski, who taught communications on campus for more than 36 years. When the incentive program went public, Liz said, they began to talk about retiring.

"We didn't react emotionally. We really sat down, the two of us, and thought what is best for our life," she said, but acknowledged, "Some people were just angry. And it seems like recently everyone who's been leaving UWEC is leaving in anger or frustration or disappointment, whether they're leaving for another job or they're retiring."

Others, like Geoff Peterson, who chairs the political science department, said there was a sense that early retirement was one of the only ways to avoid mass layoffs.

"I know people on campus who took retirement early because they wanted to make sure that newly hired faculty didn’t get fired," Peterson said. "They explicitly said, 'I could keep going, I’m fine, I can keep teaching, but if my retiring saves somebody else’s job then I’m more than willing to do it.'"

But that strategy only went to far. Officials said UWEC saved more than $5 million on the buyouts, which was less than half the university's total shortfall. To cover the rest, administrators laid off some employees and left unfilled positions open. Including the buyouts, 179 full-time positions were lost — 15 percent of the entire workforce.

Student Senate President Jake Wrasse said that has hurt instruction. There are 197 fewer course offerings this year, he said, and class sizes are growing.

"Because of this, all over the institution students are noticing, even if it's slight in some cases, that their one-on-one experiences with the professor become more difficult when you have many, many more students in a single section of a class," said Wrasse.

Not all students said they’ve noticed the changes. Erin O’Brien is a sophomore and leader of the UWEC College Republicans. She said she hasn’t been impacted and believes the university can weather the storm.

"Unfortunately, that does come with a loss of employees and administration, which is devastating and that is something that I hate to see happen," O'Brien said. "But when it comes to something like a deficit within the state budget, you have to take cuts where they're necessary."

Schmidt, the campus chancellor, said UWEC's budget is balanced through this year thanks to spending down the last of its tuition reserves and additional cuts to things like facilities and administration. He’s hoping for more funding or at least more flexibility in the next state budget.

Schmidt said another round of cuts like this would fundamentally cripple the UW System and its campuses.