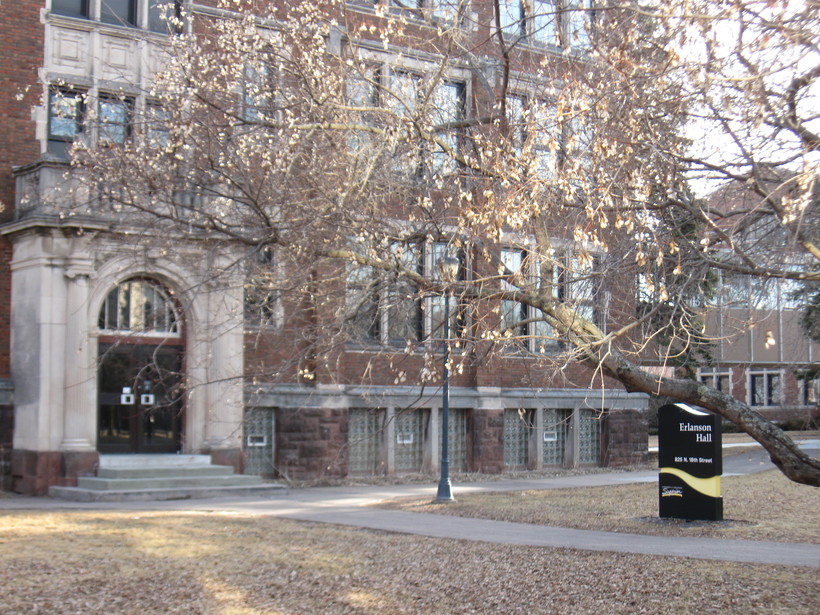 UW-Superior Will Offer Buyouts To Staff In Anticipation Of Cuts

School Could Face $2.3M In Cuts Under Walker Budget
By Danielle Kaeding
Share:

The University of Wisconsin-Superior will join UW-Eau Claire in offering buyouts to staff who voluntarily leave the university.

UWS has already cut 53 faculty and staff and around $1.8 million as part of ongoing efforts to make up for a looming $4.5 million shortfall. Now, the university could face up to $2.3 million in cuts under the governor’s budget.

UW-Superior spokeswoman Lynne Williams said they have to gauge who and how many staff members can receive a payout.

"We don’t want to negatively impact the student experience or operational," she said. "The overall budget impact of this is hard to say at this point. There’s the payout of 50 percent of their salary and then there’s the long-term of, when does that transition occur?"

Staff make up around 87 percent of the university's budget.

One northern Wisconsin lawmaker isn’t surprised by the buyout plan. Rep. Nick Milroy, D-South Range, said he expects to see more of the same from each campus. Milroy also said universities will see experienced staff leave and students will be the ones who lose.

"Anytime you lose somebody that’s been in the teaching profession for that many years, you lose a mentor to the younger professors. It has a magnified impact on student opportunity without having that institutional knowledge," said Milroy.

Milroy fears the plan will also mean fewer courses. He said that may mean students aren’t able to graduate on time, costing them more money in the long run.

Williams said 78 employees who are 55 and older qualify for the buyout. The university will select those who apply based on the potential savings to UWS. Decisions may come as soon as May 6.