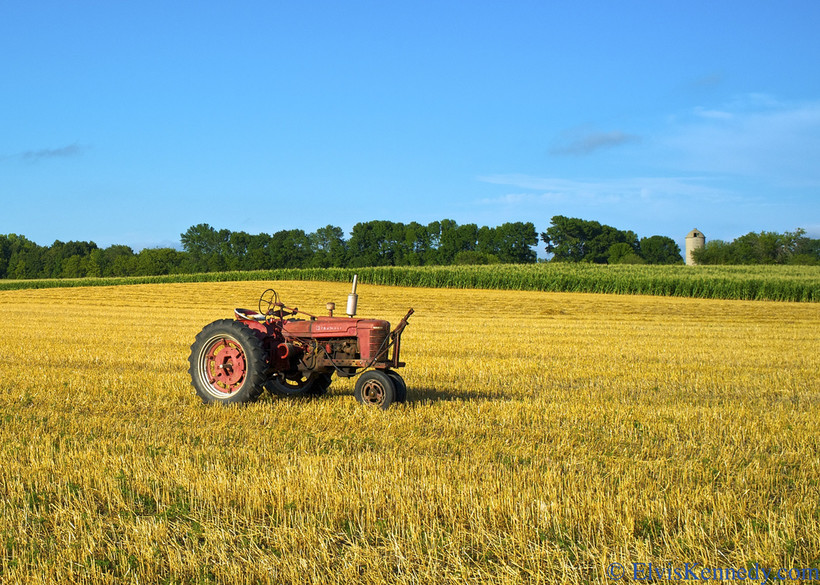 Data Found Farmers Spending More On Tractors, Machinery After Years Of Cutting Back During Low Prices
By Hope Kirwan
Share:

New data from the U.S. Department of Agriculture found the average farm spent $168,686 on production expenditures in 2017. That's a 6 percent increase from the previous year.

Some of the largest expense increases were for trucks, farm machinery and tractors. These are categories that saw some of the biggest spending declines in 2015 and 2016.

Farmers have avoided making these large purchases during the last few years of low commodity prices, said Mark Stephenson, director of the Center for Dairy Profitability at the University of Wisconsin-Madison.

"It may be the case that some of that equipment simply can't be fixed anymore," Stephenson said. "Any one or two years, you can get by not replacing it. But four years? Some equipment is going to have to be replaced."

Sherry Wuebben, from St. Joseph Equipment, said they've seen fewer sales in the last few years and she is worried sales could go down even further thanks to the Trump administration's tariffs on steel and aluminum.

Wuebben said she isn't sure how much equipment prices will increase, but manufacturers have already notified her that costs will change.

But Simon Jette Nantel, assistant professor of agricultural economics at UW-River Falls, said labor costs will likely be the expense that influences spending in the coming year.

He said the Trump administration's focus on limiting immigration has caused wages to increase in the dairy industry.

"There's always this trade off between labor and capital," said Jette Nantel. "One alternative to (paying high labor costs), and we're witnessing some of that with some dairy farmers adopting robotics, is that instead of labor you choose to replace that labor with more capital investment."

He said increasingly advanced technology could help farmers reduce the number of employees that they need.