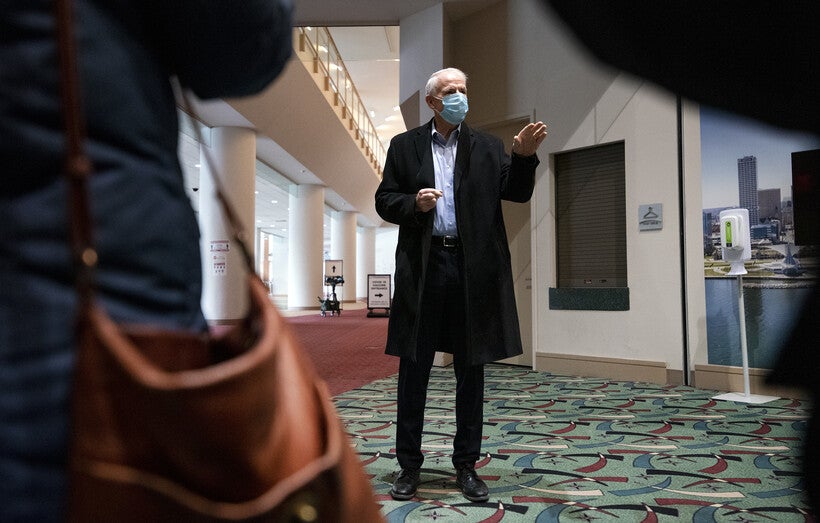 Milwaukee Mayor Tom Barrett speaks to reporters Monday, Jan. 11, 2021, in the Wisconsin Center, a space where COVID-19 vaccines will be administered to public employees. Angela Major/WPR

Biden nomination is a step closer to being fully approved
By Corrinne Hess
Share:

Milwaukee Mayor Tom Barrett is one step closer to Luxembourg.

The U.S. Senate Committee on Foreign Relations unanimously approved Barrett’s nomination Wednesday as the U.S. ambassador to Luxembourg during a 15-minute hearing. Barrett and other nominees will now be sent to the U.S. Senate for approval.

The committee approval was seen as a major hurdle for Barrett, a Democrat, because U.S. Sen. Ted Cruz, R-Texas has previously blocked Biden's nominations. There are still 20-30 nominees waiting for committee approval.

"My hope is there is no further delay in the process and our city can begin its own process to fill the office of mayor, without incurring unnecessary costs at the expense of taxpayers," Barrett said. "I remain committed to every Milwaukee resident in my duties as mayor until the final moment in the office."

If the Senate confirms Barrett by Dec. 28, the Milwaukee Common Council could order a special election for his seat to coincide with the spring election.