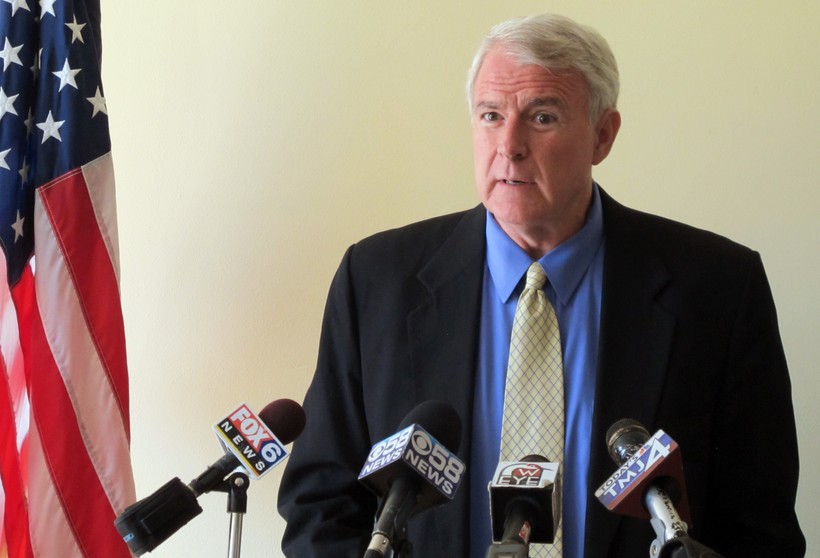 Milwaukee Mayor Tom Barrett To Be Named US Ambassador To Luxembourg

Long-time Milwaukee Mayor Tom Barrett will be nominated as the new U.S. ambassador to Luxembourg, according to the White House.

Barrett, 67, was elected to his fifth term as mayor in April 2020. He first became mayor in 2004, when he defeated incumbent Mayor Marvin Pratt.

Milwaukee Common Council President Cavalier Johnson will become mayor until a special election is called. The timing of the election is dependent on when Barrett is appointed.

In a statement from the White House announcing President Joe Biden's intent to nominate Barrett, Biden praised Barrett for being the longest-serving "big city" mayor and for his environmental initiatives.

"He has led great lakes mayors in both Canada and the U.S. as the chair of the Great Lakes and Saint Lawrence Cities Initiative, and spearheaded multiple clean, green initiatives in the city to clean up rivers, parks, and brownfields," the statement said.

During a brief press conference Wednesday afternoon, Barrett said he was honored by the nomination and humbled by the trust that Biden has placed in him.

"As a lifelong Milwaukeean, I will bring the values of our community to this new posting, values we share such as hard work, honesty and caring for others," Barrett said, adding that, during his tenure, he's proud of the work done on economic development, racial equity, city infrastructure and the pandemic response.

"I'm confident about Milwaukee, and as you know, I care deeply about the future of our city," Barrett said. "Yes, there are some very, very serious challenges, but I have faith in the people here, and I have faith that they are ready to meet these challenges."

Barrett grew up in Milwaukee's Washington Heights neighborhood. He was elected in 1984 to the state Assembly. In 1989, he was elected to the state Senate before he was elected in 1992 to Congress where he served for 10 years. Barrett ran for governor in 2002, but lost to Jim Doyle in the Democratic primary. Then, in 2010, he lost to former Republican Gov. Scott Walker. He also lost to Walker in the 2012 recall.

Luxembourg is a western European nation with a population of approximately 620,000 people, slightly larger than Milwaukee’s, and is between France and Germany.