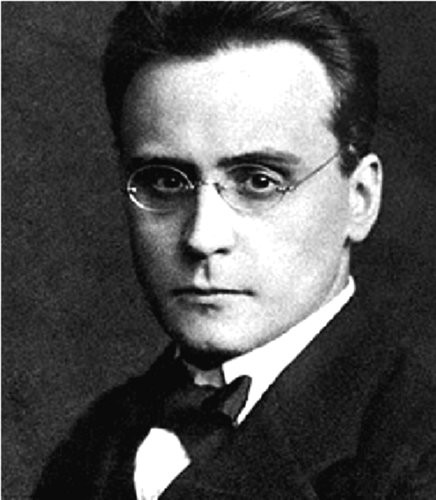 Anton Webern had chafed against the restraints of the conducting jobs he’d had, and yet, at the outbreak of World War I, the Austrian composer decided to work under even greater constraints--in the army. Yielding to family concerns about his poor eyesight, he trained to be a male nurse, and then, in February 1915, he volunteered for non-combatant infantry service, was accepted, and stationed near Trieste.

He took to life in the army, was transferred to various places in southeastern Europe, quickly promoted to a rank equivalent to sergeant, and put in charge of training a group of older recruits. He liked the work, which he said was not much different from conducting a chorus. He played cello in a string quartet of fellow soldiers.

As the war dragged on, Webern got fellow composer Alexander Zemlinsky to secure his release from the army, and moved to Prague, where he threw his energies into a production of Mozart’s opera Così fan tutte and Schumann’s Scenes from Goethe’s Faust.

When he found out that his mentor Arnold Schoenberg was in the army, the guilt-stricken Webern did an about-face and roused Zemlinsky’s wrath by re-enlisting. This time he was sent to train younger recruits for the battlefield, an assignment that involved strenuous treks into the surrounding mountains, no great strain for a man accustomed to climbing.

Just as a transfer to the front looked likely, an eye exam relegated Webern to the reserves, where he played cello with a chamber ensemble.

During his time in uniform, Webern had made a personal cause of trying to get Schoenberg out of the army, and, in 1916, when he found out that Schoenberg had been discharged, his enthusiasm for military life ebbed again. In December the issue was settled once and for all when Webern’s eyesight caused him to be declared unfit for further service.

Again a civilian, he settled in Vienna and, for the first time in three years, settled down to compose.