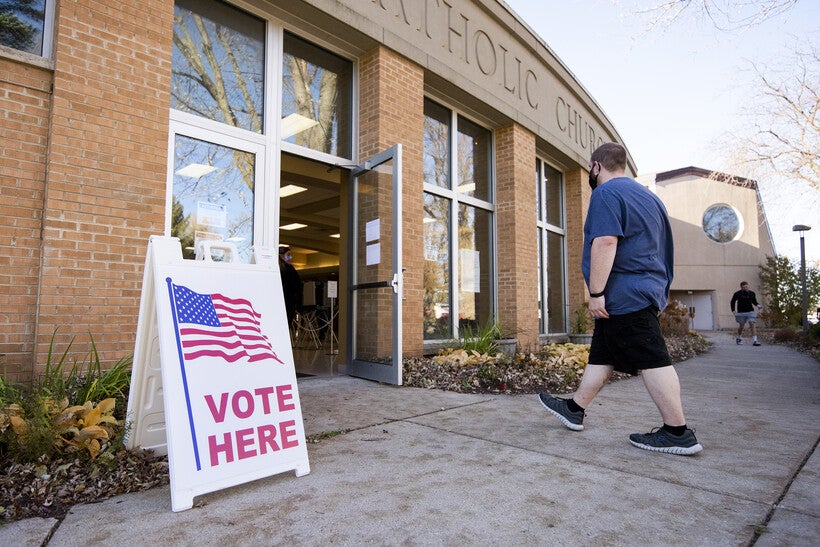 Next year, for the first time in three decades, Wisconsin will have a contested Democratic primary for a U.S. Senate race.

That contest, which is sure to draw national attention, is just the beginning of a political marathon for the state’s Democratic Party in 2022. It will also have to field strong candidates for the highly competitive 3rd Congressional District, the lieutenant governor’s office, and the mayorship of the state’s biggest liberal stronghold, Milwaukee.

The slew of high-profile elections will test the strength of the party, which has won a number of recent statewide elections, but has far fewer politicians in state office than Republicans.

Anthony Chergosky, professor of political science at the University of Wisconsin-La Crosse, said Democrats’ comparative lack of state legislative seats could mean an uphill battle in the major 2022 elections.

"There’s no doubt that Republicans have a stronger bench in Wisconsin than the Democrats do," he said, pointing to the large Republican majorities in both the state Assembly and Senate. "The Legislature is a really important bench."

But the head of the Democratic Party of Wisconsin, Ben Wikler, said the party has been and will continue to be very comfortable fielding candidates from outside the Legislature.

"We’re lucky to have leaders emerging from all different kinds of places," Wikler said. "Coming from all these different walks of life, Democrats in office have, across the board, advanced a set of values that resonate with Wisconsinites."

U.S. Sen. Ron Johnson, a Republican who was first elected to the Senate in 2010, hasn’t yet said if he plans to seek reelection in 2022. Even so, a hefty number of Wisconsin Democrats are clamoring for the opportunity to run against him — or whoever Republicans choose in his absence.

The race is the first contested Democratic primary for a U.S. Senate seat in Wisconsin since 1992, when former U.S. Sen. Russ Feingold defeated a number of challengers. Feingold went on to win two reelection campaigns before being defeated by Johnson in 2010.

Lilly Goren, professor of political science at Carroll University, said Democrats shouldn’t be concerned about the large number of 2022 Senate candidates overwhelming voters, drowning each other out or hurting the eventual Democratic nominee’s chances.

"I think there’s a lot of fluidity in this race and the number of candidates doesn’t necessarily make me think, 'Oh, this is going to be a mess,'" she said, noting there were large Democratic primaries in Wisconsin’s 2018 governor’s race and the 2020 U.S. presidential race. Democrats went on to win both of those contests in Wisconsin.

Goren predicted the field will "winnow down" in the coming months, especially as fundraising picks up or slows down for certain candidates.

At the last federal finance reporting deadline, Lasry led fundraising with about $1 million in the period, followed by Godlewski and Nelson. A number of other candidates had yet to enter the race at that point. Johnson, despite lacking a campaign announcement of his own, outraised all of the Democrats’ individual earnings.

In contrast to the hefty U.S. Senate field, the Democratic side of a race to replace longtime U.S. Rep. Ron Kind in the 3rd Congressional District is dormant.

No liberal candidates have stepped forward to make a bid to replace Kind since his announcement last month that he will not seek reelection after 26 years representing the district.

Chergosky said that’s likely because it’s uncertain what the 3rd Congressional District will look like in 2022, after the latest round of redistricting is complete. The redistricting process has officially begun in Wisconsin, but it’s unclear how long it will take for state government — or the courts — to draft new maps.

"There’s a lot of unpredictability about what exactly this district is going to look like, and that can cause some hesitation (for potential candidates)," he said. "You don’t know exactly what terrain you’re going to be fighting on."

Chergosky said Republicans are already in a strong position in the 3rd District race because the party seems to have coalesced around a single GOP candidate, Derrick Van Orden, who has already announced his 2022 campaign. Van Orden lost to Kind in 2020 by less than 3 percent of the vote.

Wikler acknowledged the uncertainty surrounding the 3rd District's boundaries, but said he is confident a strong Democratic candidate, or candidates, will step up to run when district lines become more clear. In the meantime, he said the party is focused on building out a grassroots network in the area.

"The key thing is to make sure that we’re not sitting on our hands in terms of building the grassroots volunteer base, talking to voters," he said.

Wikler said the party also intends to focus on critiques of Van Orden, particularly his presence in Washington during the Jan. 6 insurrection.

Like the 3rd Congressional District race, 2022 elections for the lieutenant governor’s office and Milwaukee mayor’s office have yet to see any big Democratic campaign announcements.

Lt. Gov. Mandela Barnes bowed out of the lieutenant governor contest when he announced his U.S. Senate campaign in July. Longtime Milwaukee Mayor Tom Barrett was appointed as U.S. ambassador to Luxembourg by President Joe Biden last month, meaning he will also leave his office.

Both Chergosky and Goren said these seats would be great places for Democrats to field candidates who could shape the future of the state party.

Chergosky noted the lieutenant governor’s office may not be particularly appealing for the power it possesses — the office has no official constitutional responsibilities, aside from stepping in for the governor in case of emergency or illness — but said experience in that position could surely be seen as a "stepping stone" for an extended political career. He pointed to Barnes and former Lt. Gov. Rebecca Kleefisch, who is expected to announce a bid soon in the GOP primary for the 2022 governor’s race.

He said he would expect to see candidates "who want to take that next step in their political career, but aren’t at the stage where they can make a credible run for Congress or another statewide office."

Whoever steps up, Wikler said he expects "tremendous energy" to gather behind whoever the eventual Democratic nominees are in 2022.

"You have a Republican Party that is in disarray, Republicans at each other’s throats, still re-fighting the 2020 election," he said. "On the Democratic side, there’s a tremendous degree of unity… it gives me a lot of hope, as a Democrat, for the future of our state."