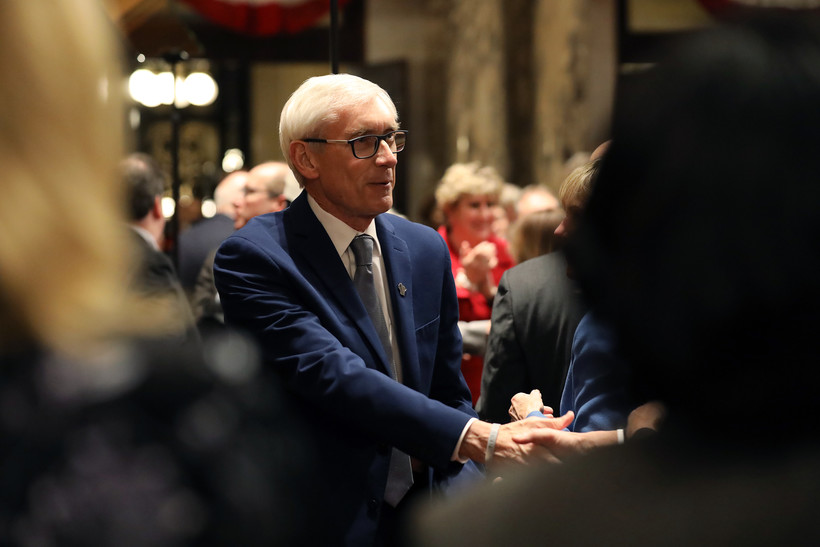 With the 2022 elections for governor and U.S. Senate about 16 months away, incumbent politicians Gov. Tony Evers and Sen. Ron Johnson are far outpacing all announced challengers for their seats in fundraising.

However, many things remain unknown about next year’s election, including who will face Evers from the GOP and whether Johnson will seek reelection.

In the governor’s race, Evers’ campaign reported raising more than $5 million in the first six months of 2021 and having more than $7 million in the bank, according to documents filed Thursday with the state. That figure is roughly three times what former Gov. Scott Walker had in his campaign coffers at this point in his 2017 reelection bid.

Sam Roecker, communications director for the Evers campaign, said the strong fundraising numbers show the governor "isn’t taking anything for granted" in what is expected to be a tight race.

"We’re getting started early, we’re building a foundation and making sure that we have the resources that we need to reelect the governor next year," Roecker said.

Evers’ fundraising included a $1 million contribution from the Democratic Party of Wisconsin, as well as $86,000 in donations from the Democratic Governors Association, American Federation of Teachers, Engineers Political Education Committee and the Laborers International Union of North America.

In all, the governor received donations from more than 17,000 individual contributors. Of those individual contributions, the smallest was $1 and the largest $20,000. Fifty-six individuals gave more than $10,000. Of those, 22 were from out-of-state residents, from places including New York, California, Minnesota, Illinois, Oklahoma and Texas.

Roecker said the contributions show Evers’ supporters "know how much is at stake" in the election.

"They see how much he’s been able to use his veto power to stop some really bad things from becoming law in Wisconsin, and they know that he’s the backstop to a lot of the Republican agenda," he said.

In his time in office, Evers has vetoed bills that would have limited health officials' power during the COVID-19 pandemic, put new restrictions on abortions and barred private grant support for election administration in the state. Evers has also signaled he plans to veto other GOP-backed bills recently passed by the Legislature that would change election administration and voting laws.

The Republican field for governor has yet to fully take shape. So far, the only announced GOP candidate is businessman Jonathan Wichmann. Wichmann reported about $24,000 in fundraising for the first six months of the year and roughly $7,000 in the bank at the end of the reporting period.

Partisan primaries for the governor’s race will be held in August 2022.

Johnson Raises More Than $1M, Even Without Reelection Announcement

Johnson reported raising $1.2 million so far this year, with about $1.7 million in the bank, according to FEC documents.

Johnson has yet to announce his reelection bid. Last month, the GOP senator said he doesn’t feel any pressure to make the announcement any time soon.

Steven Olikara, founder of the Millennial Action Project, has formed an exploratory committee, but has yet to announce an official bid for the seat. Lt. Gov. Mandela Barnes is expected to announce his plans to run as early as next week.

FEC filings were not available for other candidates Friday afternoon. According to his campaign, Lasry raised $1 million and has about $1 million in the bank. Larson’s campaign, which began in late May, did not share fundraising totals, but noted the campaign averaged a roughly $50 donation and that 75 percent of funds came from Wisconsin donors. Out-of-state contributions came from 47 states, the campaign said.

Like Evers and Johnson, incumbent Attorney General Josh Kaul, a Democrat, is also leading his opponents in raising cash.

According to his campaign’s filing, Kaul raised about $411,000 in the first six months of 2021 and has roughly $537,000 in the bank. Kaul announced his reelection bid this week.

Editor's note: This story was updated to note that Evers' campaign finance report was filed with the state.