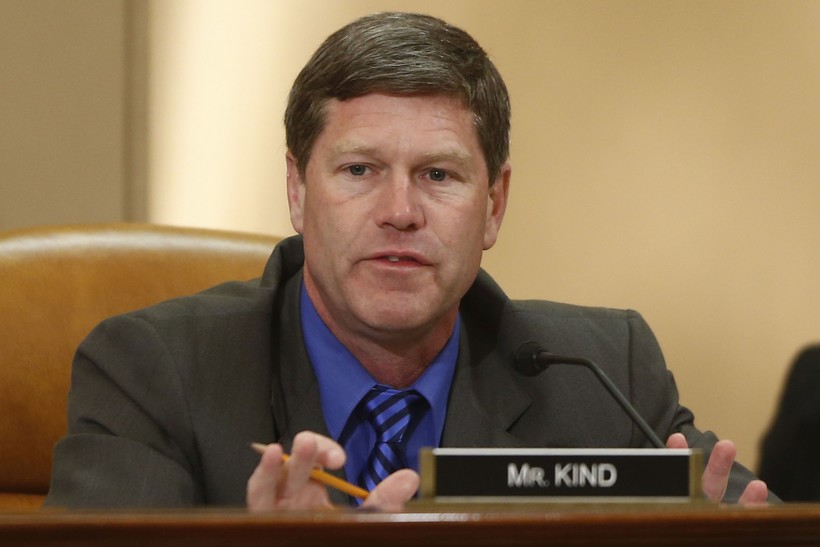 Democratic U.S. Rep. Ron Kind will not seek reelection in 2022 in the state’s most competitive Congressional district.

"The truth is, I’ve run out of gas," Kind said at a press conference at Roosevelt Elementary in La Crosse on Tuesday afternoon. Kind launched his first Congressional campaign outside the same elementary school 26 years ago.

For years, Kind has cast himself as a political moderate in a state that has become increasingly polarized. At the event, he described himself as "part of a dying breed" of politicians.

"I'm part of a dying breed in public service today, in Washington and certainly in Madison, someone who tried to be reasonable, pragmatic, thoughtful, worked hard to try to find common ground with my colleagues, work in a bipartisan way," he said.

Kind, 58, has represented Wisconsin’s 3rd Congressional District since 1997 and is currently the state’s longest-serving member of Congress. He has been reelected to the seat 13 times, most recently by a margin of about 10,000 votes.

"I had to face a serious job review every two years for 26 years," he said. "(Voters in the district) could decide to go a different route, but they decided to stick with me, and think it's because of the fact that I've never forgotten who I am and where I came from."

Kind said he doesn't know what he will do next, but said he will "run through the tape" and remain committed to representing his constituents' interests for the final 16 months of his current term. He is currently serving on the House's powerful Ways and Means Committee, which has jurisdiction over tax policy, Social Security, Medicare and international trade. He also serves on the House health and trade committees. During the press conference, he touted his decades of work on issues including agriculture, conservation and health care.

Wisconsin Democrats were quick to laud Kind's accomplishments on Tuesday.

"For more than two decades western Wisconsin has been able to count on Ron Kind," Gov. Tony Evers said in a prepared statement. "Thanks to his tremendous leadership, countless small businesses, farmers, and families have a brighter future ahead of them."

One of Kind's Democratic colleagues in the House, U.S. Rep. Mark Pocan, said Kind's "hard work and dedication will be missed."

"From his strong voice for dairy farmers and rural Wisconsin to his leadership on the Ways and Means Committee, Ron always made sure to look out for his constituents first and foremost," Pocan said in a prepared statement.

State Sen. Brad Pfaff, D-Onalaska, a former staff member for Kind’s office, said the longtime congressman "always stayed true to the values he was raised with."

"With Ron, it's always about respect and appreciation for the people who get up every day to provide for their families. From nurses and small business owners to machine operators and dairy farmers, Ron ensured everyone had a seat at the table," Pfaff said in a statement.

In his latest reelection bid, Kind defeated Republican challenger Derrick Van Orden, a retired U.S. Navy SEAL who was endorsed by Trump. This summer, Van Orden denied reports that he entered a restricted area of the U.S. Capitol during the Jan. 6 insurrection. Van Orden announced in April he will run for the seat again in 2022.

In a statement released Tuesday afternoon, Van Orden thanked Kind for his years of service, but said his decision to bow out of a re-election bid "is indicative of what I hear every day as I travel the 3rd District: Wisconsinites want a change."

Kind likely faced a particularly difficult reelection bid in 2022, as midterm elections are often challenging for members of the incumbent president’s political party.

The partisan primary for the seat will be held in August 2022.