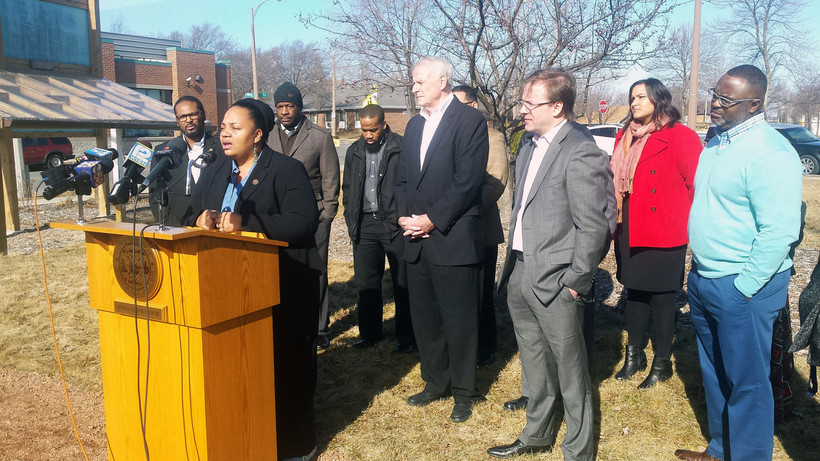 Milwaukee Alderwoman Milele Coggs speaks at a news conference on Feb. 21 announcing the expansion of the Milwaukee Trauma Response Initiative.

Children, Families To Get Additional Help
By Chuck Quirmbach
Share:

More children and families may receive counseling in response to exposure to gun violence and other trauma as a Milwaukee program expands.

The Milwaukee Trauma Response Initiative began as a pilot project two years ago in a police district with the city's worst gun violence. After 240 families or children were referred for counseling last year, the city and Milwaukee County agreed to expand the effort to another high-violence police district.

"For every news story that you see, it is likely some child in that home, along that block or in that neighborhood, saw that violence, witnessed that shooting," Coggs said at a Tuesday news conference.

Counselors say it's important to reassure children they did the right thing. Hendriel Anderson, psychiatric clinician at the Trauma Response Initiative, said reassure the kids right away.

"If a child hid under the bed, or called 911, while the violence was occurring, I want that child to know that's exactly what I would have done, and that's what kept them safe," Anderson said.

There were more than 100 fatal shootings in Milwaukee each of the last two years, and roughly 600 people are wounded by gunfire annually. Mental health professionals say children who witness violence may be more likely to commit violent acts when they grow up, unless they receive trauma counseling.