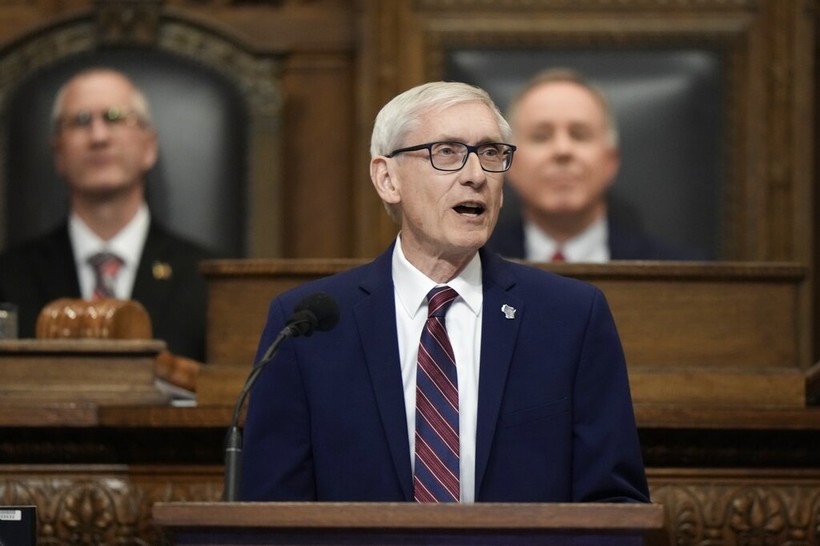 Gov. Tony Evers on Tuesday in his fifth State of the State address called for investing half a billion dollars more on mental health care while also proposing spending millions more on everything from workforce development to PFAS remediation.

The speech in some ways amounted to a preview of the next state budget proposal for Evers, who also called for a dramatic overhaul in the way the state pays for local governments, a change he said would increase their funding by another half-billion dollars each year.

It was Evers' first State of the State speech since he was elected to a second term in November. But as he did in his first four years in office, Evers, a Democrat, will have to deal with a GOP-led Legislature that blocked most of his policy agenda in his first term, and it is unclear how much of this vision he will achieve.

Evers said these commitments would be possible because of what he described as a "historic" state surplus: a projected $6.6 billion in the state treasury. That's on top of about $1.7 billion in Wisconsin's budget stabilization fund, also known as its rainy-day fund.

"Our state has never been in a better fiscal position than it is today," Evers said.

Evers also pledged to devote 20 percent of state sales tax toward local governments for shared revenue. That's been a "top priority" of his administration and is the largest source of state aid for local municipalities. 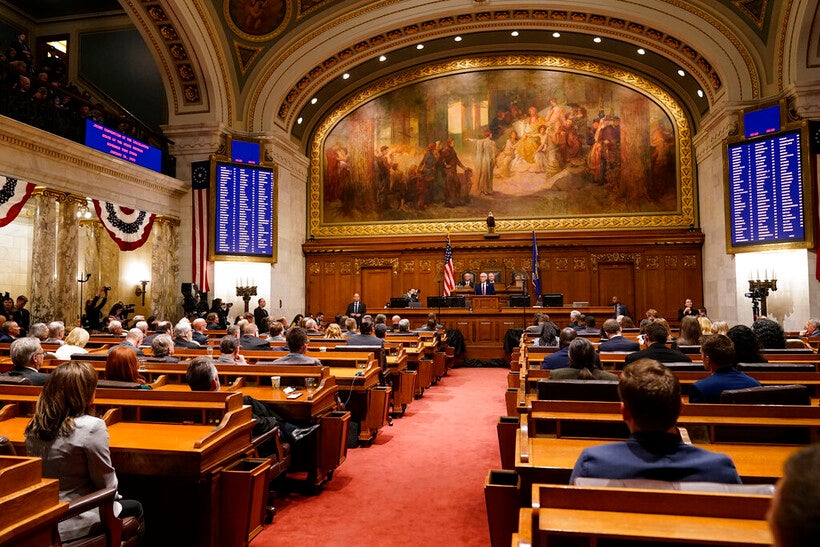 Assembly Speaker Robin Vos, R-Rochester, has previously said that he does not want to see a change to how the state funds municipalities until local governments change their own budgets.

The issue has been especially acute in Milwaukee, where budget shortfalls mean major cuts to public services could be possible.

But speaking to reporters after Tuesday's address, Vos hinted at possible common ground on the shared revenue issue — while also suggesting that most of Evers' other proposals would not receive Republican support.

"Pretty much everything he proposed today was a government expansion, so I would assume that most of those are DOA," or dead on arrival, said Vos. "But if he has good ideas, I'm happy to listen."

Citing declining mental health among young people because of the pandemic, Evers declared that this year will be the "Year of Mental Health," and promised to spend $500 million on mental health.

Evers pledged to make permanent a pandemic-era initiative that put millions of pandemic relief funds toward public schools’ mental health services. The state would then add another $270 million to that initiative to support youth mental health, Evers said.

Evers quoted the state Office of Children’s Mental Health’s 2022 annual report, which found that about one-third of Wisconsin kids experience sadness and hopelessness almost every day.

"The state of mental health in Wisconsin is a quiet, burgeoning crisis that I believe will have catastrophic consequences for generations if we don't treat it with the urgency it requires," Evers said.

Evers said the rest of his budget would focus on ensuring that communities across the state have access to mental health professionals.

In what he described as a bid to "find common ground," Evers called for an allocation of state sales tax revenue for shared revenue for local communities. He said this would raise about half a billion dollars per year.

Evers also suggested he might find common ground with Republicans in his fight to regulate the synthetic chemical PFAS. Found in firefighting foam and household products like nonstick cookware, PFAS has been found in elevated levels in Wisconsin groundwater and Great Lakes fish.

But elected officials as well as environmental and industry groups have clashed over how to regulate the chemical, even as Evers has sought to make its mitigation a hallmark of his administration. He said on Tuesday that his administration would take a "three-pronged" approach of testing for, responding to and raising awareness of PFAS contamination.

And Evers also referred to the cost of child care, particularly as pandemic-era support programs dry up, pledging $340 million to a program that provided subsidies to child care providers.

He also said that he would expand the Child and Dependent Care Credit, estimating this would bring $30 million in tax cuts to about 100,000 Wisconsin residents. 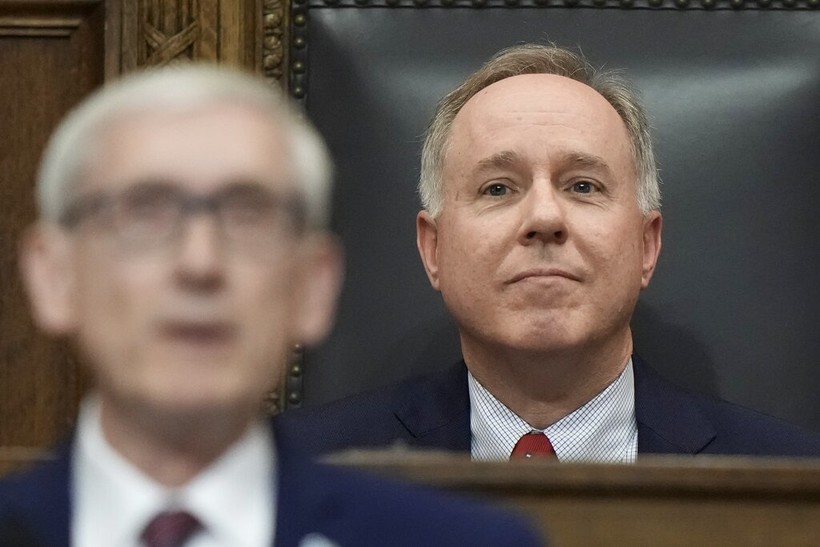 In past years, Republicans have torn up the Governor’s proposed budget and written a new one. On Tuesday evening, speaking to reporters, Vos said GOP lawmakers were likely to do the same this year.

"All of Gov. Evers' ideas will probably be tossed aside like we always do, and we'll start over," Vos told reporters after the address.

Vos said Republicans were opposed to significant government spending on a "liberal wish list," as he described Evers’ speech, and said his party would focus on returning state money to taxpayers.

But Republicans hinted at one area of possible consensus: shared revenue. While GOP leadership did not express support for the specifics of Evers’ proposal, they did not reject it out-of-hand, either.

Senate Majority Leader Devin LeMahieu, R-Oostburg told reporters that Republicans were working on a shared revenue plan of their own.

"We understand that there's inflationary pressures on education and local governments, and we're willing to address those," he said.

Vos also said Republicans have been working on a proposal for increasing shared revenue, but that it was "nowhere near baked."

Republican leaders largely took issue with the size of spending Evers proposed on Tuesday night, including the funding for mental health.

"I mean, that is a lot of money," said Assembly Majority Leader Tyler August, R-Lake Geneva. "It seems that the governor tonight was spending down that one-time money on ongoing expenses, which could put us in a massive deficit in the future."

Republicans said they wanted Evers to prioritize tax cuts. Evers said in his speech that his budget would cut taxes, but not at a level that would risk future spending cuts in areas like education spending.