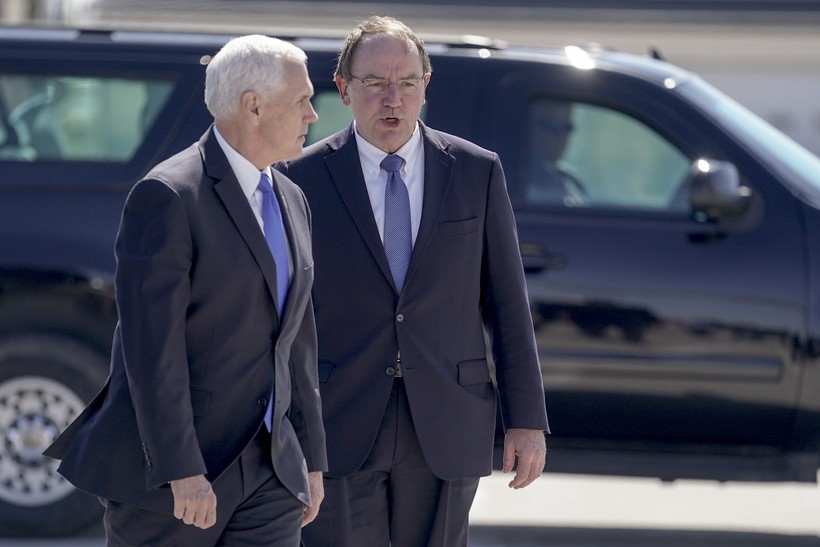 Two Wisconsin Republicans in Congress are aligning themselves with President Donald Trump's efforts to overturn the results of the November presidential election in Wisconsin and nationwide.

U.S. Rep. Tom Tiffany, R-Minocqua, on Thursday signed onto a lawsuit filed by the Republican attorney general of Texas with the U.S. Supreme Court that would have thrown out Wisconsin's presidential votes and instead had the election decided by the state's Republican-controlled Legislature. The U.S. Supreme Court rejected the Texas lawsuit Friday evening.

Meanwhile, U.S. Sen. Ron Johnson, R-Oshkosh, is calling a Senate hearing to examine "irregularities in the 2020 election." Speaking to reporters in Washington, Johnson said he would not rule out seeking to overturn the results of the Electoral College's vote.

Of all the efforts by the Trump campaign and allies to challenge the election’s outcome, the Texas lawsuit may have been the most brazen. In addition to Wisconsin, it would have invalidated millions of votes in Georgia, Michigan and Pennsylvania — all of them presidential swing states won by Democratic President-elect Joe Biden. The effect would have been to overturn the outcome of the presidential election. State leaders, including Wisconsin Attorney General Josh Kaul, blasted the lawsuit, and even before the Supreme Court's decision legal experts said it stood virtually no chance of succeeding.

That didn't stop it from gaining popularity among partisan Republicans. On Thursday, Tiffany was one of more than 100 GOP members of Congress who signed onto the lawsuit, filing an amicus brief that made unsupported allegations of fraud and election irregularities. Tiffany was the only member of Wisconsin's delegation to join it.

The brief attacked the use of drop boxes for absentee ballots across the state and contended that "any count or certification of the presidential election in Wisconsin that includes absentee ballots cast in drop boxes is in direct violation" of the Constitution.

"It doesn't cost (members of Congress) much to sign an amicus brief," said Philip Chen, a political science professor at Beloit College. "I don't know if they're seeing the long-term harm this can do to the public's faith in elections."

Trump's refusal to concede the election and his support for longshot legal challenges and multiple recounts in states he lost is unprecedented in modern elections. Beyond undermining people's faith in elections, Chen said some of the president's contentions would upend centuries of U.S. election laws and practices.

In a statement to WPR, Tiffany said the lawsuit was "about the integrity of our system. Every legal vote must be counted, credible complaints of fraud and irregularities must be investigated, and legitimate legal challenges must be heard and addressed by our independent judiciary." 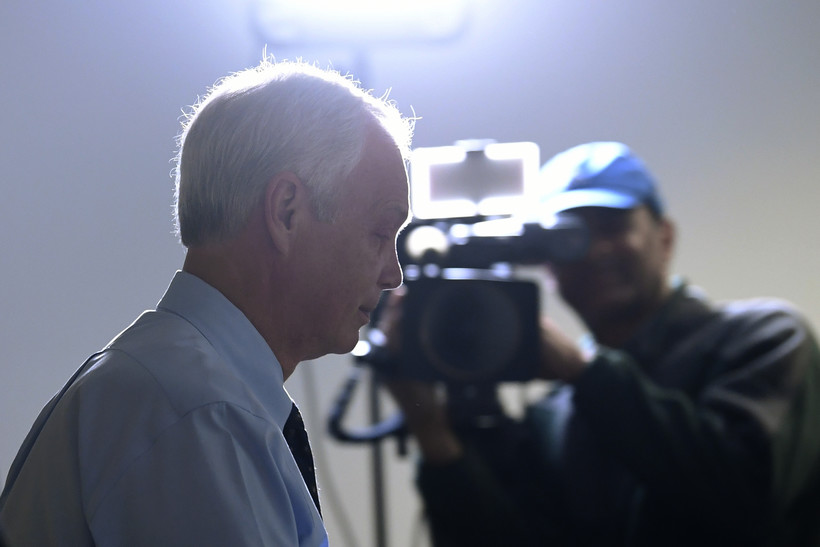 Johnson, who chairs the Senate’s Homeland Security Committee, scheduled the committee's hearing on the election for Wednesday — two days after the Electoral College votes Monday. Biden won the electoral college vote 306 to 232.

Johnson reportedly said whether or not he'll challenge election results "depends on what we find out."

A spokesperson for Johnson did not immediately respond to a request for comment about what information Johnson is seeking, or what would lead him to make up his mind about the election results ahead of Jan. 6, when Congress will officially count electoral votes.

Johnson has been one of Trump's closest congressional allies. He pushed political attacks against Biden's son ahead of the presidential election. After U.S. Attorney General Bill Barr said on Dec. 1 that there was no evidence of widespread voter fraud in the 2020 election, Johnson challenged Barr to "show everybody" his proof, according to a CNN reporter.

This week, Johnson held hearings that highlighted COVID-19 treatments touted by the president, featured the testimony of an anti-vaccination physician and questioned the science behind coronavirus mitigation strategies, including mask-wearing and social distancing.

Chen, the political science professor, said he's not surprised Trump’s allies in Congress have supported the moves by the president to reject the election's outcome. They may be thinking of a potential primary challenge in 2022 or of a Trump endorsement in their future races — or they may simply be engaged in what political scientists call "partisan cheerleading" to signal that they identify with the president.

"I don't think anyone expects Donald Trump to fade from the spotlight or to loosen his grip on the Republican Party," Chen said.

It's the president's actions first and foremost that run the risk of undermining democracy, Chen said.

"What Donald Trump has done and what Donald Trump’s legal surrogates have done is far beyond anything we've ever seen in recent memory in U.S. elections, and I think is profoundly dangerous,” he said.

Biden won Wisconsin by about 21,000 votes. A recount in Wisconsin's two most populous counties yielded an increase of 166 votes for Biden, and the state’s Elections Commission certified the victory and Biden’s right to the state’s 10 electoral votes. On Friday, a Trump campaign lawsuit that would have thrown out thousands of ballots was rejected by a Racine County judge.