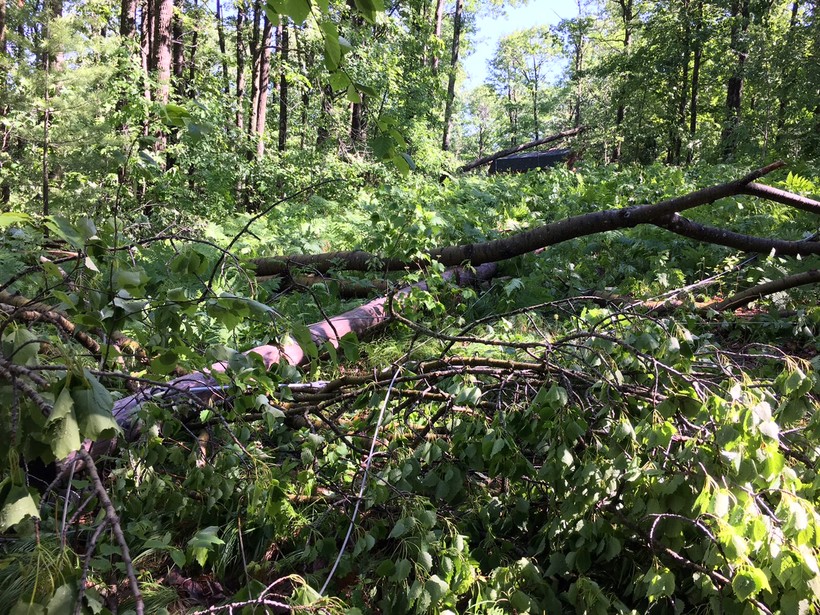 Thousands Without Power In Northern Wisconsin

Thousands in northern Wisconsin are without power after severe storms rolled across the state Sunday. Utility crews are trying to restore power to customers around Hayward, Minocqua and elsewhere.

Wisconsin Public Service has restored power to around 72,000 customers. However, spokesman Matt Cullen said they’re still trying to bring around 18,000 others back online.

"It’s too early to tell when all of our customers will have all of their service restored, but we certainly expect to make good progress today and on Tuesday," he said.

The storm also caused more than 165,000 Xcel Energy customers in Minnesota and Wisconsin to lose power Sunday. The utility restored service to all but 14,500 in the two states by Monday afternoon.

Xcel Energy Spokeswoman Chris Ouellette said they’re trying to restore service for about 1,700 customers around Hayward. About 200 crews in Wisconsin are repairing poles and lines, some of which are buried underneath trees.

"When you’re dealing with an area that’s surrounded by forests, as you can imagine you have power lines going through," she said. "It’s not only locating the issue, but then it’s having all the people and the equipment that we need to get these trees off of the poles and off of the lines."

Ouellette said some will be without power until Tuesday due to the extent of the damage. The utility company serves around 220,000 electric customers in Wisconsin.

In Sawyer County, the storms also washed out roads and caused a number of closures. Ashley Martinson bartends at Indian Trail Resort near the Chippewa Flowage in Couderay. She said the resort has been cut off temporarily due to a washed out road and bridge.

"The only road in and out of this resort — there’s two washouts on it," she said. "If you wanted to leave the resort now, you’d have to go by boat to another resort nearby called The Landing. There’s a boat launch there, and you’d have to have someone there to meet you to pick you up by car and leave your boat there."

Martinson, who took video of Flowage Road being washed out, said road crews are hoping to repair the road by Tuesday.

Road closures in effect for Sawyer County without detours include: