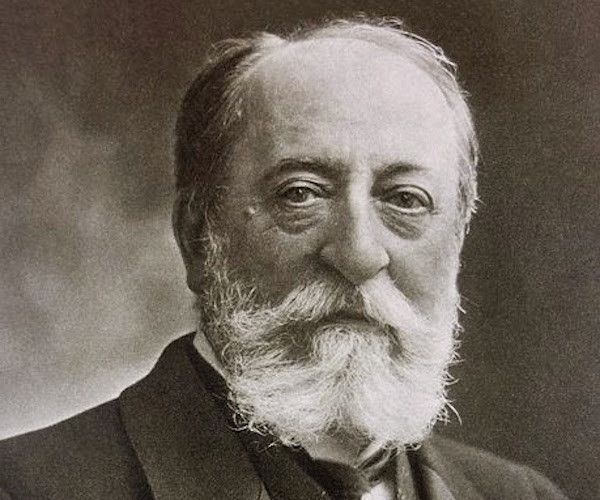 The two composers would be major forces in late nineteenth-century music and great friends, but not before some preliminary missteps.

With power and artistry, Rubinstein wowed his first audience, and for his next performance the hall was, as Saint-Saëns put it, “crammed to suffocation.” In his memoirs, Saint-Saëns gushed, “I was bowled over, chained to the chariot of the conqueror!”

Despite his admiration, Saint-Saëns avoided meeting the great pianist. The twenty-two-year-old was terrified at the prospect, despite Rubinstein’s reputation for kindness and gentility. For a year, mutual friends continued to invite Saint-Saëns to meet Rubinstein, but Saint-Saëns turned them down. The following year, though, during Rubinstein’s next visit to Paris, Saint-Saëns finally got up his courage for an introduction and the two hit if off at once.

They got together often to play flamboyant piano duets. Saint-Saëns was taken not only with Rubinstein’s artistry, but also with his lack of jealousy when it came to his fellow musicians. Rubinstein invited Saint-Saëns to conduct some of his orchestral works with Rubinstein as the pianist. Again reluctant, Saint-Saëns eventually agreed, and found the experience to be his primary education as a conductor.

It was a baptism by fire because Rubinstein paid no attention to the orchestra and sometimes drowned them out, forcing Saint-Saëns to follow him by watching his hands. And Rubinstein provided scores that were marked up beyond comprehension because he found it amusing to see Saint-Saëns conduct his way into and out of trouble.