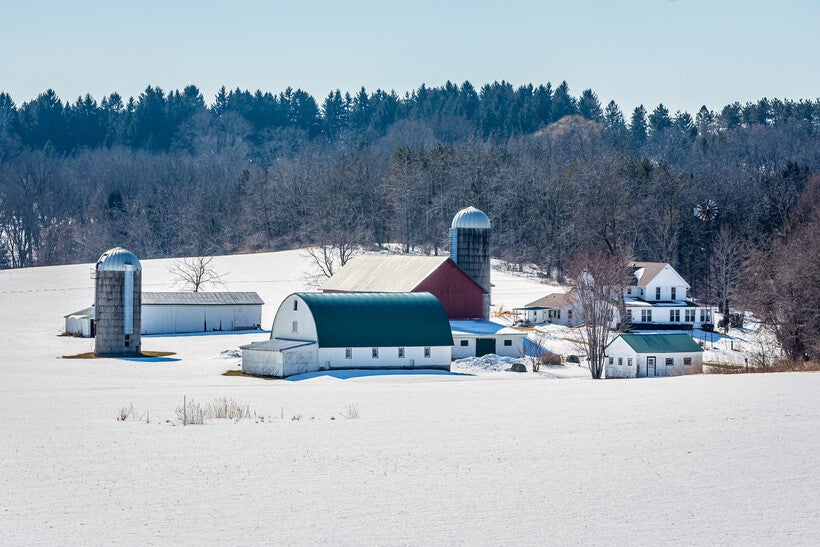 A legislative win for Wisconsin's U.S. Sen. Tammy Baldwin could mean more transparency around the foreign companies and people who own farmland in the United States.

Under a 1978 law, foreign entities that acquire, sell or hold an interest in U.S. agricultural land are required to disclose that information to the U.S. Secretary of Agriculture. But this data has not been publicly accessible, and many critics say the agency's records are often incomplete or inaccurate.

Baldwin and Republican Sen. Chuck Grassley of Iowa introduced the Farmland Security Act last year, which was included in the omnibus spending bill that passed at the end of December. The legislation requires the U.S. agriculture secretary to create an interactive public database of past and future disclosures and report to Congress on the impacts of these foreign investments.

"The people of Wisconsin deserve to know the extent to which foreign investors are buying American agricultural land and the impact it has on our family farms, rural communities, and national security," Baldwin said in an emailed statement to Wisconsin Public Radio.

According to an annual report by the USDA, 536,511 acres, or 2.1 percent of all privately held land in Wisconsin, was held by a foreign entity as of Dec. 31, 2021. That's about 7 percent more than in 2020. By comparison, 2.8 percent of Illinois farmland and 1.6 percent of Minnesota land was foreign-held.

Andrew Stevens, assistant professor of agricultural and applied economics at the University of Wisconsin–Madison, said this percentage has been fairly consistent over time and includes forestland, pasture and cropland.

Stevens said the legislative change will make more specific details available about who owns land and where the holdings are located. While he thinks the data could help identify local trends, Stevens said he's not sure the change will reveal anything new about the issue of foreign ownership.

"The analyses that have been done with the data that are currently available really show that foreign ownership of agricultural land in the United States is a pretty miniscule issue, if it's an issue at all," he said. "There are no systematic differences across communities with more or less foreign ownership. Land prices don't seem to systematically differ."

He said who owns the land in the state does matter, and has an impact on how that land is used and whether the profits remain in local communities. But Stevens said these concerns apply to all types of absentee landowners, including domestic investment groups.

"How easy is it to access agricultural land for the next generation of farmers? I don't think foreign ownership is really sort of different than any other kind of ownership for those kinds of questions," Stevens said.

Lauren Langworthy, special projects director for the Wisconsin Farmers Union, said her organization has similar concerns about outside buyers making it harder for small scale and beginning farmers to acquire land.

"It's really been a problem across the board for people to have to compete with investment firms that have a lot more purchasing power than your average farmer does," she said. "As Wisconsin Farmers Union has tried to look into this issue and get a better sense of who these companies are or what might be the motives in purchasing this land, one of the things that we've come across is that it's very difficult to actually find out who owns those businesses."

Langworthy said farms rely on land purchases to help build equity in their farm. Once a buyer consolidates land together, it's unlikely to be broken up into smaller tracts again, she said.

Her organization has called for Wisconsin officials to better enforce current state laws, which limits foreign entities to 640 acres of land, with some exceptions.

Langworthy said the issue rose to the forefront several years ago after farmers expressed concern around buyers from China or other Asian countries buying up farmland suitable for growing ginseng, a crop that can be quite profitable.

She said it's hard to rely on the current USDA data because it's self-reported, so her group would like to see the USDA and Congress work to add more teeth to enforcement measures.

Stevens said he thinks it's likely there will be more legislation on the issue of foreign land ownership coming out of Congress this year.