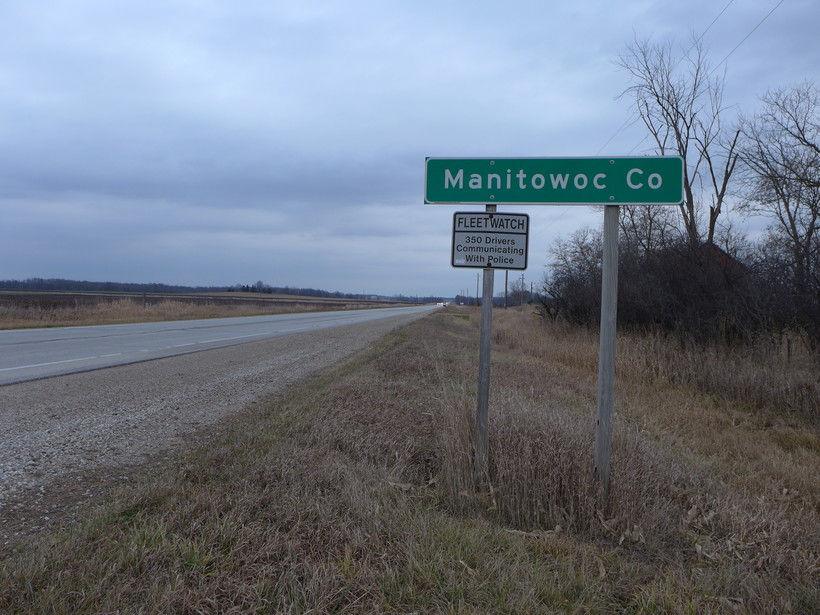 Foreign companies that own agricultural land in the United States are required by the 1978 Agricultural Foreign Investment Disclosure Act to report it. But it’s self-reported and rarely enforced. So the database of foreign land owners contains errors and omissions.

For example, the records show 8,733 acres in Manitowoc County valued at more than $19 million. The land was acquired by a Canadian company or person in 2014. But the space where the owner should be listed in the U.S. Department of Agriculture database published by the Midwest Center has been left blank. It doesn’t say where the land is. So, WPR's Bridgit Bowden went to Manitowoc County to see if she could find it.

She drove all afternoon one day in early December looking for this land. There are almost 1 million acres in Manitowoc County and Bowden didn't see any Canadian flags or other signs that she might have been looking at the foreign-owned land. She thought someone in the county government might know where the land is, so she called the Manitowoc County Register of Deeds.

Without the owner’s name or the location of the land, there wasn’t much the office could do.

"If I just had a little bit ... even an idea of where in the county it was, but because you don't have that idea, I mean, it's like a needle in the haystack for me looking," said a woman from the office before transferring the phone call to the county Planning and Zoning Office, which couldn't help zero in on a location either.

A few things could be happening. Maybe the land was sold, and that wasn’t reported to the USDA. Maybe there was a typo in the report. Maybe the land is broken up into multiple parcels. It’s hard to know.

That's a problem for Joe Maxwell, executive director of the Organization for Competitive Markets, a nonprofit focusing on antitrust and trade policy in agriculture.

"We don't want to scare people, but the fact is that our countryside is being bought up by foreign people, and we don't even know who they are," Maxwell said.

The problem with the record keeping, he said, is that the law requiring land to be reported is hardly ever enforced.

A USDA spokesman said the number of fines has decreased every year since 2004 because many of the filings the agency receives now are from large wind and solar companies who lease land for long periods as opposed to owning it. He said they file in a timely period and are not subject to the penalty provisions of the law.

Maxwell believes that some foreign owners of U.S. land just don’t report it.

"So, while we have a database, it does not properly reflect the overall investment by foreign interest in America's agriculture." he said.

The control of our farmland could be a security issue, Maxwell said, especially when countries like China buy land here. In 2013, a Chinese firm bought Smithfield Foods, the world’s largest pork producer.

"Food is as important to us as a society as is energy," he said. "So, when food is controlled by others, it becomes a national security issue."

U.S. Sens. Chuck Grassley, R-Iowa, and Debbie Stabenow, D-Michigan, have sponsored the Food Security is National Security Act of 2017, a bill that would add the secretary of agriculture and the secretary of health and human services to the Committee on Foreign Investment in the United States. It hasn’t yet received a hearing.

Maxwell said this is a start, but he’d like to see more thorough records of foreign land owners first.

"We would like real solid, strong, tough punishment for failure to report," he said.

Wisconsin's Department of Agriculture, Trade and Consumer Protection keeps a duplicate copy of the records collected by the USDA. They are kept in boxes, not organized by year or by county. The boxes contain printed records, handwritten records and floppy disks. 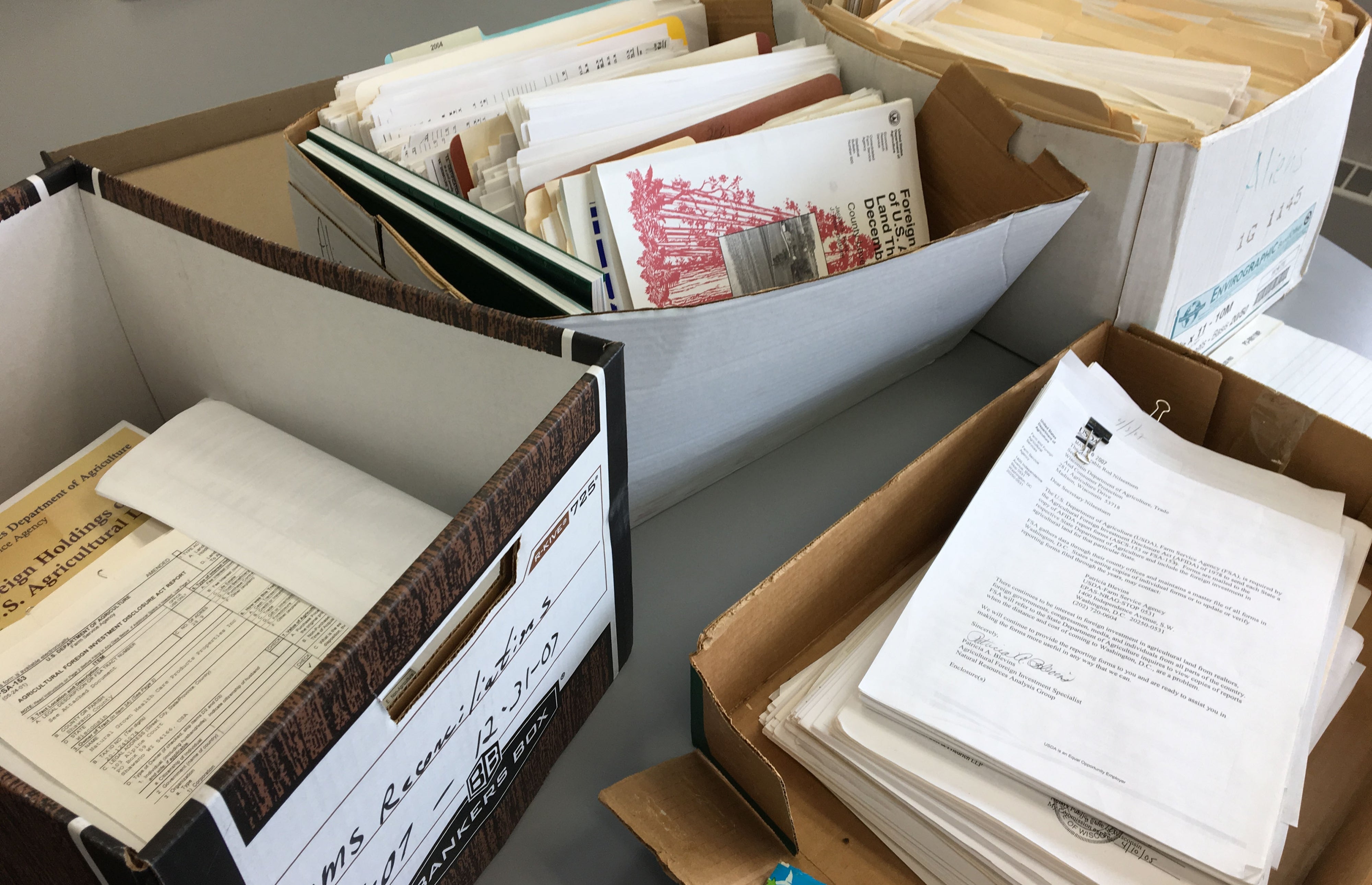 Boxes of records of agricultural foreign land records kept in the basement of the Wisconsin Department of Agriculture, Trade and Consumer Protection. Bridgit Bowden/WPR

While he doesn't advocate for more federal regulations, Maxwell would like to see states regulate the amount of land that foreign interests can own.

In Wisconsin, foreign individuals and companies can’t own more than 640 acres of land, with some exceptions. But according to the data reported to the USDA, some may have more than that.

"I think that law was more designed for like, big companies coming in to purchase land, and kind of swallowing up all of our cheap land, relatively speaking," said Troy Schneider, an agricultural lawyer in Chilton.

A few years ago, there was an unsuccessful effort to get rid of the state law that limits acreage.

"I think it's really interesting that the laws exist and are out there, but not really followed," Schneider said. "It's almost like the 35 mile an hour zone on the back road, where everybody drives 55 anyways."

In a way, he’s right. From 2004 to the present, the state law hasn’t been enforced a single time, according to the Wisconsin Attorney General’s Office.

From 2004 to 2014, foreign land ownership in the state increased by 500 percent, according to the USDA’s annual Agricultural Foreign Investment Disclosure Act reports.