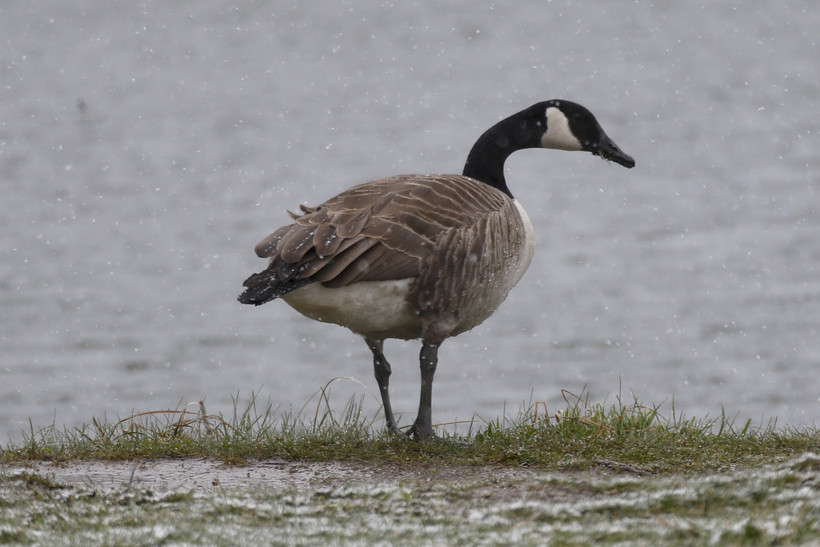 The Superior City Council signed off on a recommendation this fall to allow police to kill problem birds in the city. The move aims to stem problems from their increasing numbers.

Superior police officers can now shoot nuisance waterfowl, geese and pigeons on public and private property with the owner’s permission. Superior Parks and Recreation Director Linda Cadotte said it’s one of several options the city has pursued to manage the geese population, as well as the passage of a no-feeding ordinance for waterfowl and promoting the state’s Canada goose hunt on the Superior Municipal Forest, Allouez Bay and Hog Island.

She said they also designated areas where only law enforcement could hunt geese, such as the city’s golf course.

"There were a couple different businesses in town that reached out to our police officers who they knew were participating in the hunt of the golf course and indicated that their power lines were being knocked out," she said. "Their grain was being pillaged by geese and having some extreme population density issues affecting their business."

Cadotte said Barker’s Island Beach was also closed more than it was open due to E. coli from geese and other waterfowl. She said they’ve also received reports of people being chased by geese in nesting areas. In January, city officials will be examining a variety of management strategies to try to mitigate the effects of nuisance geese.

The population of resident Canada geese in Wisconsin has grown substantially over the past three decades, said Taylor Finger, migratory game bird specialist with the Wisconsin Department of Natural Resources. There were around 158,000 Canada geese in Wisconsin this year, which is up about 22 percent from 2016. The population is also up roughly 10 percent over the 10-year average, but Finger said their numbers seem to be leveling off.

"Areas like golf courses or city parks – spots that they’re essentially not being hunted at all year-round and we’ve created spectacular habitat in terms of perfectly manicured lawns, whether or not people are feeding them, we were definitely seeing an increase in those kind of birds in those kind of areas," said Finger.

Finger said he’s unaware of other communities in the state who work with law enforcement to manage problem geese. He said the DNR encourages any community to hold a public meeting on ways to manage nuisance birds, noting there are a number of options to control their numbers.

"There are several different ways, essentially loud noises or flashing lights or people using dogs essentially just to kind of scare them out of the area," he said. "But, after a while, we do know that generally that doesn’t work well. They tend to come back."

"They are very smart. If you have silhouettes of dogs… they’ll only be scared of that by a short period of time," she said. "Then, they know it’s fake, and they’ll use it as a wind block."

Finger said they typically refer issues with problem geese to the U.S. Department of Agriculture’s Wildlife Services. The state also holds a Canada goose hunt in the fall and roughly 50,000 geese are harvested each year.