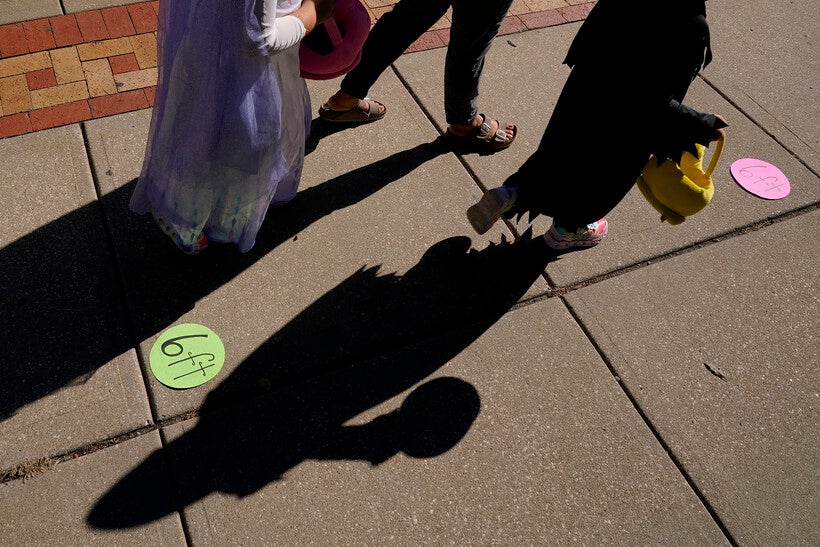 Studies show pedestrian fatalities are much higher on Halloween, especially among children

Halloween brings its share of horrors with scary movies and decorations, but there is something far less sinister, and more lethal, that many people don't think about when trick-or-treating: pedestrian deaths.

Studies show there is a significant increase in pedestrian fatalities on Halloween, especially among children.

"We see a lot of people out biking and walking more, so it’s really important for people to know when are the times that trick-or-treating will be happening in their area," said Jill Mrotek Glenzinski, state bicycle and pedestrian coordinator with the Wisconsin Department of Transportation.

A 2019 study looked at four decades of data from the National Highway Traffic Safety Administration and found pedestrian fatalities are 43 percent higher on Halloween.

The most common activity — trick-or-treating — often occurs during dusk or nighttime, when visibility is low. More pedestrians are out and about, but they may not be as careful when crossing streets and traffic safety officers are generally no longer on duty.

Another factor is the costumes. Pedestrians are often wearing darker clothing and masks that can obscure their vision. And for older Halloween-goers, the night often involves parties and alcohol, which can lead to drunken driving.

It's true that other holidays see similar increases in risk for pedestrians.

When so many accidents occur at the same time, it increases the burden on emergency responders who are already experiencing historic staffing shortages, which means help could take longer to arrive.

Many advocates suggest moving Halloween to a Saturday permanently, arguing it tends to be a safer day. The data backs them up.

Another 2021 study found when Halloween fell on a Saturday, pedestrians were 4 percent less likely to be killed than on a regular Saturday, and it was the only day of the week that experienced a decreased risk. The deadliest day is Friday, which saw a 23 percent increase in pedestrian deaths when Halloween fell on a Friday, as compared to all Fridays.

But there are some ways to mitigate risk, no matter what day of the week Halloween falls on.

"We want to encourage people, specifically children this time of year, to be visible," said Mrotek Glenzinski. "Think about how they might be able to incorporate bright-colored or reflective items into their costumes or as accessories that they might have such as arm bands or glow sticks."

She also encouraged the use of flashlights, especially for cyclists, traveling in groups and following basic pedestrian safety rules.

"Make sure that you’re staying on well-lit streets and sidewalks so that people can see you and you can see where you’re going. Try not to cut through yards or use different alleys and make sure that you’re crossing at intersections using crosswalks," said Mrotek Glenzinski.

But the onus isn't just on pedestrians, Mrotek Glenzinski said.

"It’s really important for drivers to make sure that they are slowing down and staying alert as there’s going to be a lot more people out," said Mrotek Glenzinski.

Some of the studies encouraged cities to limit on-street parking and reduce or slow traffic in residential areas on Halloween.

"But restricting these interventions to one night per year misses the point, since year-round application of effective traffic safety interventions will foster much greater progress toward eliminating pedestrian fatalities altogether," said the 2019 report.

Despite a dip in traffic during the coronavirus pandemic with everyone staying home, pedestrian deaths in the United States  increased by 20 percent from 2019 to 2020. And Wisconsin saw the fourth highest jump during that time with a 69 percent increase in pedestrian fatalities.

Mrotek Glenzinski said the state is seeing those numbers start to come down since last year, but that people still need to be cautious.

"We still need to make sure that we’re all being alert and staying safe when we’re out there," said Mrotek Glenzinski.