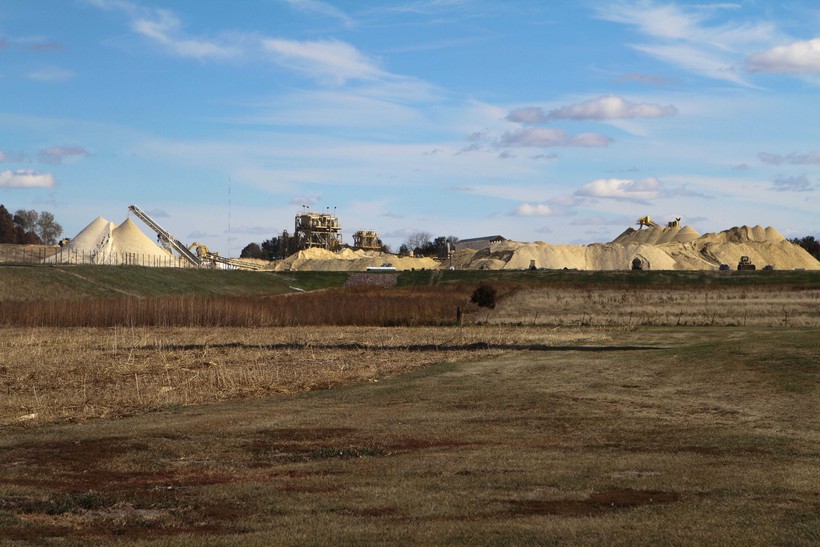 The state has granted permission for a timber company to fill wetlands as part of a $65 million sand processing plant and rail spur in Monroe County.

Company officials say the project will pair economic development with environmental preservation. However, environmental advocates say the Wisconsin Department of Natural Resources may have contradicted state law when it granted the company a wetland permit.

The DNR approved the permit last week for Meteor Timber’s plans to fill about 16 acres of wetlands as part of the project. Meteor Timber is proposing the multi-million dollar project as part of plans to process sand from a nearby mine, which would then be shipped to customers in North Dakota and Texas.

"When you look at a project that is impacting 16 but preserving another 643, many of which are high-quality wetlands, and you add in things like the Rudd Creek restoration, the eco-passages, as well as the $65 million investment and 100 new jobs, I think this project warrants support," Zeppos said.

In an environmental review, the DNR acknowledged the project could set a precedent by using wetland preservation as a means of mitigation. The agency also points out the project would impact wetlands primarily in a white pine-red maple swamp, which is considered an "imperiled" wetland community in Wisconsin.

Environmentalists question whether the DNR approved the company’s wetland permit in accordance with state law. Stacy Harbaugh, communications director for Midwest Environmental Advocates, said the DNR also points out that the loss of white pine-red maple swamp "is expected to be irreversible and has high significance."

"In state law, it says the DNR can only approve projects that aren’t irreversible or that don’t have high significance," Harbaugh said. "So it’s the details of the permit itself that are in direct contradiction to what state and federal law allows."

However, the agency must also consider the net positive or negative environmental impact of a project when deciding whether to issue a wetland permit. Meteor Timber is proposing to preserve and protect around 640 acres in the same watershed, Zeppos said.

A DNR spokesman declined to comment. In a letter to Meteor Timber, the DNR said the company must carry out its preservation plans under conditions of the permit before filling any wetlands.

Meteor Timber also must obtain other state and federal permits for the project, including from the U.S. Army Corps of Engineers in compliance with Section 404 of the Clean Water Act. A Corps spokesman said they’re waiting on results of a biological opinion from the U.S. Fish and Wildlife Service, primarily surrounding impacts to the Eastern Massasauga rattlesnake. The rattlesnake is a state endangered and federally threatened species.

The Corps expects to make a final determination on its permit sometime in mid- to late July.