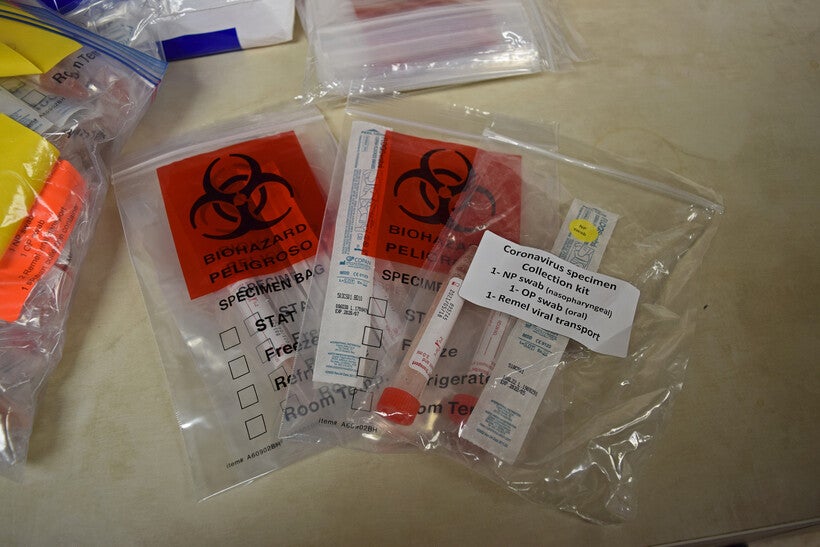 As of Tuesday afternoon, state testing for the new coronavirus had resulted in 72 positive cases and 1,038 negative cases in Wisconsin, according to the state Department of Health Services.

To process an increasing demand for tests, the Wisconsin State Lab of Hygiene says it has more than tripled its capacity to test specimens from patients suspected of contracting the new coronavirus.

But as more labs around the United States increase capacity as well, supplies used in testing are getting harder to come by.

During an interview on WPR’s "The Morning Show," Wisconsin State Lab of Hygiene assistant director of communicable diseases Allen Bateman said the lab has become a seven-day-a-week COVID-19 testing facility.

"As of a week ago we stated that we could relatively easily do 100 specimens per day," said Bateman. "But since then, the number of specimens coming in has really ramped up a lot. So, we are now a seven-day-per-week testing lab and we’ve ramped up to be able to do 300 to 400 specimens per day."

Batemen said the state lab is able to complete testing within 24 to 48 hours once the specimen gets to microbiologists, though he said tests from other parts of the state could take longer due to overnight shipping.

The COVID-19 testing process, said Bateman, is much more complicated than say, a pregnancy test. He said there are many different supplies and reagents required. A reagent is a substance used to create chemical reactions during testing. Bateman said with more demand for testing, reagents have become a limiting factor.

On Monday, an official at UW Health in Madison reported that a backlog of testing capabilities at labs in Wisconsin means it is only able to process 100 COVID-19 tests per day but that getting to 1,200 tests per day would be a "game changer."

Bateman said as the U.S. Food and Drug Administration gives approvals to more private labs in Wisconsin and around the country, testing capacity is expected to greatly increase.

"In about maybe a month or potentially two, a lot of the manufacturers will have approval for their test and then be able to massively scale up and roll those out," said Bateman. "And that’s the rest of those, maybe 60 to 80 labs around the state that will then be able to test."

During a statewide teleconference Tuesday afternoon, state epidemiologist Ryan Westergaard said the Department of Health Services has told health care providers to prioritize who gets tested for COVID-19.

"We can control the epidemic without being able to identify every single case," said Westergaard. "So, the message to providers is we really want to prioritize hospitalized patients, patients that are at risk of having poor outcomes because of medical complications and comorbidities and people in congregant settings like long-term care facilities. The message to the general public, if you’re not in one of those high risk groups you probably don’t need a test."

Mayo Clinic in Rochester, Minnesota has developed its own test and reports being able to process between 200 and 300 tests daily while getting results within 24 hours. Mayo Clinic has also deployed drive-thru testing facilities in Minnesota and in La Crosse where pre-screened patients are able to have samples taken without leaving their car. 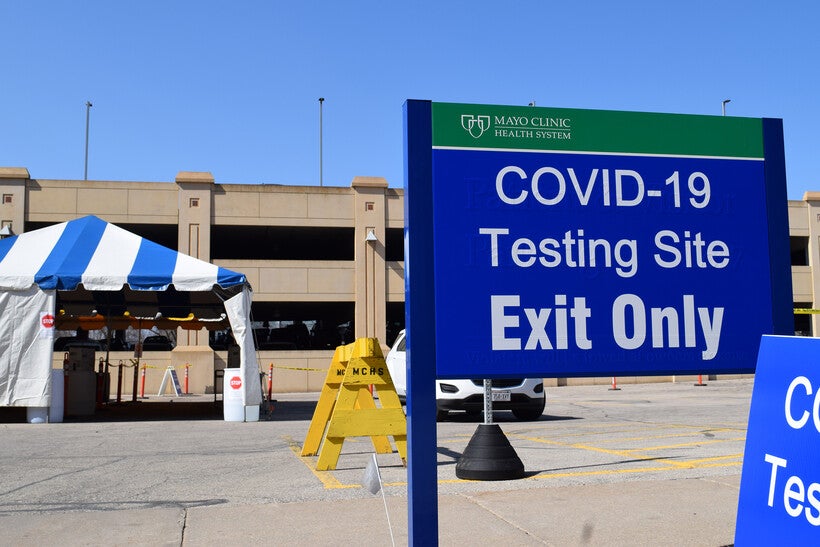 Beginning on Monday, Mayo Clinic Health System - Franciscan Healthcare in La Crosse began drive-thru testing operations in a parking lot outside the hospital. In an interview with WPR, Dr. Paul Molling said around 60 people were screened and more are expected be tested Tuesday. But he echoed the concerns from the State Lab of Hygiene.

"Our supplies are limited," said Molling. "We want to really be screening the patients and those that do need to be screened, we want to reserve what we have for those individuals."

"Unfortunately, because of supply issues, we’re not able to open our testing center in Eau Claire yet," said Molling. "And again, we’re trying to secure the supplies necessary in order to do that."

Patients can call into the clinic’s nurse triage line to be screened. Those with COVID-19 symptoms are asked to come to Gundersen's Onalaska clinic to have samples taken, which are then tested by the State Lab of Hygiene. 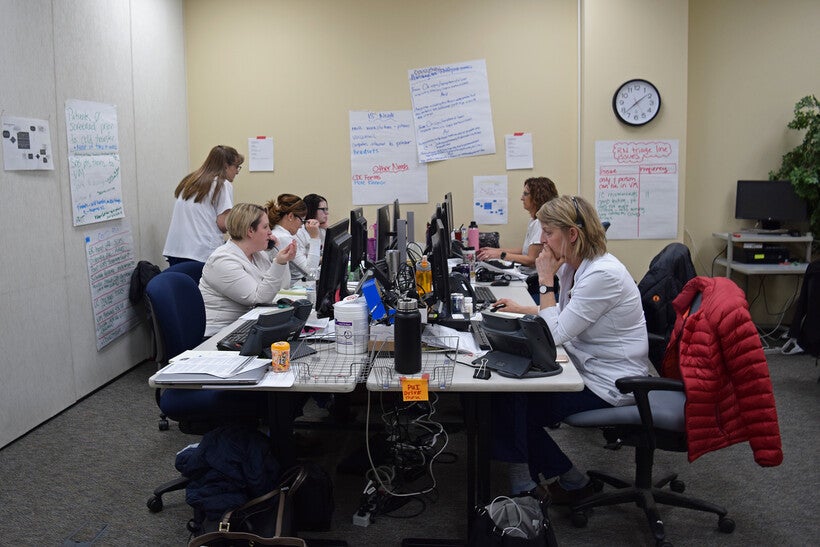 Megan Meller, infection preventionist at Gundersen, said the COVID-19 test is free, but patients will have to pay a small fee to also be tested for influenza, which has similar symptoms.

Meller said the drive-thru clinic opened Monday night and has seen a steady flow of patients since.

A Gundersen spokesperson declined to share how many patients the clinic has tested so far.

Meller said Gundersen is working to be able to test the samples at their own lab. She said the clinic hasn't had issues receiving results back or accessing testing supplies.

"We've tried to curb a little bit of that by restricting testing to only a few locations. That way we could really maximize the supplies that we do have in the system," Meller said. "We're getting supplies in and we're able to test those that are coming through our doors."

Bateman said the goal of drive-thru testing or triage centers outside of hospitals is to limit potential spread of the new coronavirus to high-risk populations being treated inside.

On Tuesday the Wisconsin State Patrol announced it will assist with delivery of COVID-19 test kits to hospitals and health departments as well as transport samples to laboratories for testing.

The Wisconsin Department of Health Services has scheduled a 1:30 p.m. press conference to discuss further testing updates in Wisconsin.

Editor's note: This story was updated to correct the spelling of Allen Bateman's name. WPR's Hope Kirwan contributed to this report.